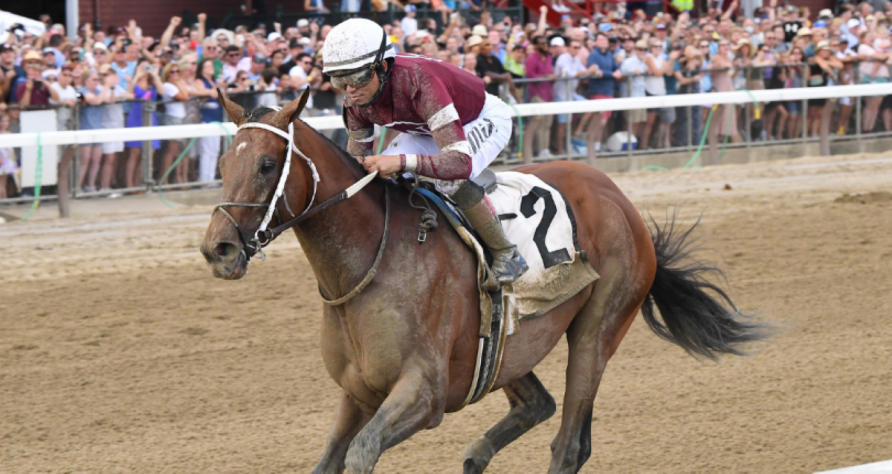 The shifting, quaking earth under the 3-year-old division slid once again Saturday, when 6/5 favorite Epicenter put away Zandon, Tawny Port and Early Voting, winning the Grade 2 Jim Dandy at Saratoga by 1 ½ lengths. 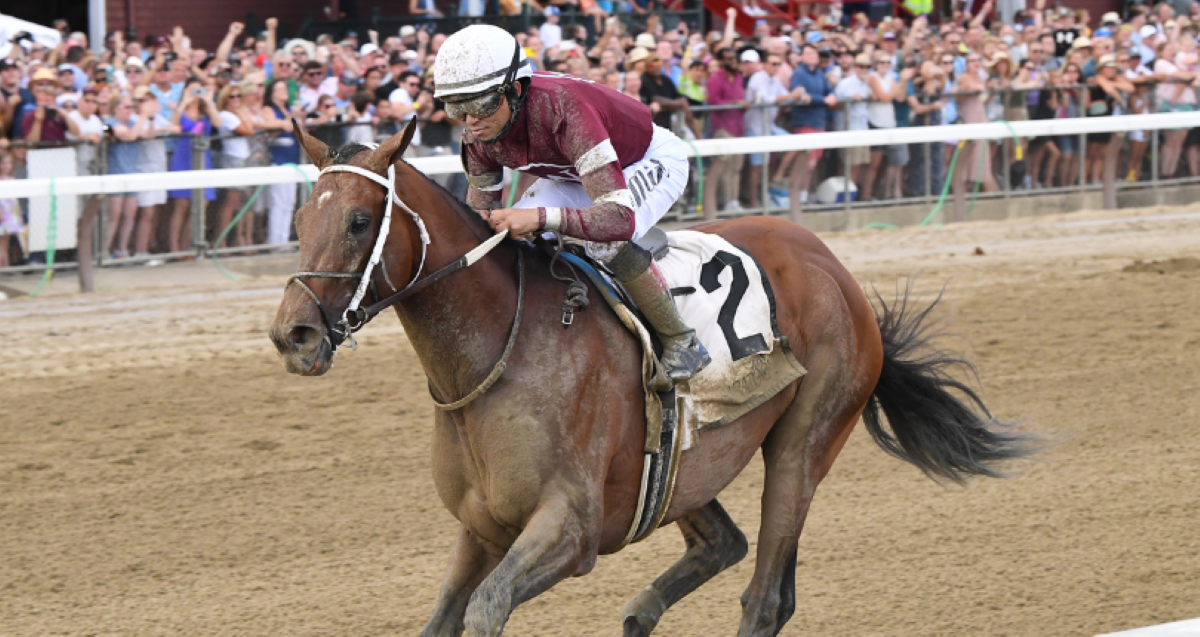 Put aside for the moment that Epicenter passed the $2 million mark in career earnings with the $330,000 payday. Shelve for an instant that Epicenter won his first race in four months – after finishing second as the post-time favorite in the first two legs of the Triple Crown.

The takeaway from Epicenter’s fifth win in nine races is he’s once again, the 3-year-old to beat when it comes to year-end honors. Yes, there’s a flavor-of-the-month quality to this division; see “Haskell Stakes winner Cyberknife” for an example.

But the fluid nature of this division is further based largely on two factors: the depth this sophomore class shows and the fact that outside of the 20-horse free-for-all known as the Kentucky Derby, none of the top 3-year-olds have run against each other in any significant numbers. The trainers of the various top-shelf 3-year-olds have cherry-picked their spots even more so than usual, especially in the Preakness and Belmont Stakes.

The Travers is a demarcation line

That ends now. More accurately, it ends Aug. 27, with the Grade 1 Travers Stakes. That’s the race trainers such as Chad Brown (Zandon, Early Voting), Steve Asmussen (Epicenter), Brad Cox (Cyberknife) and Todd Pletcher (Charge It) circled in red ink. The winner of that race goes into the Breeders’ Cup Classic as first-among-equals in the 3-year-old class.

The plot line here circles back to Epicenter. He’s 5-for-9, with more than $2.2 million in the bank and one missed board in those nine starts. Three of his five victories came in graded stakes and a fourth in a black-type race. He finished second in the Kentucky Derby and Preakness by a combined two lengths.

A Travers victory would make him the 14th horse in history to pull off the Jim Dandy/Travers double. And yet, the colt considered the best all-around 3-year-old still lacks a Grade 1 victory. Asmussen is acutely aware of this gap in his star colt’s resume. And what the Travers means.

“It’s extremely rewarding off two tough races to bring him back in the winner’s circle where we think he belongs,” Asmussen said after the race. “(In) a four-horse field, it’s always a lot of mobility. … What I loved about it is the fact that (there is) another eighth in the Travers. It was his first race ever over Saratoga and we know what’s on the menu next. We want to be as ready as we possibly can for it.”

Make no mistake. Epicenter won’t have the luxury of a four-horse field in the Travers. He got off to a slow start in the Jim Dandy and had to close in the final furlong. This isn’t Epicenter’s preferred running style and the short Jim Dandy field allowed him and Joel Rosario to adjust accordingly.

The Jim Dandy race dynamic flipped conventional wisdom on its head. Pace-presser Epicenter found himself in last on the backstretch. Closer Zandon found himself near the lead. Front-runner Early Voting found himself on the lead as usual – but was outkicked in the stretch by not only Epicenter, but runner-up Zandon and third-place Tawny Port.

Early Voting held off Epicenter by 1 ¾ lengths en route to the Preakness title.

“We sort of inherited the lead and that’s fine,” Brown said after the race. “On paper, most tracks you’d say 12 and change (seconds for the first eighth) is not too bad, but this track has been pretty tiring. Clearly, Early Voting just didn’t handle this track. We’ll see how he comes back.

“As far as Zandon goes, he was a little closer than he probably wants to run. I don’t think (jockey) Flavien (Prat) had any other option. I thought he rode the horse fine. Hopefully, in a bigger field, I can get the horse back.”

Prat echoed those sentiments. He said he thought Epicenter and Early Voting would set a strong pace for Zandon to close into. Instead, Zandon broke well and put himself next to Early Voting.

Epicenter moves to head of the class — for now

“It’s probably not where he wants to be, but it was the natural thing,” Prat said after the race.

There’s a month for Brown to “get his horse back,” and for him to figure out what happened to Early Voting — who finished last of four. There’s a month for Cox to mull over sending Ohio Derby winner Tawny Port into the deep end of the 3-year-old pool – the Travers.

And there’s a month remaining for Asmussen to keep his status as the trainer of the best 3-year-old in the country. Even as you hang an asterisk on it with the caption “for now.”