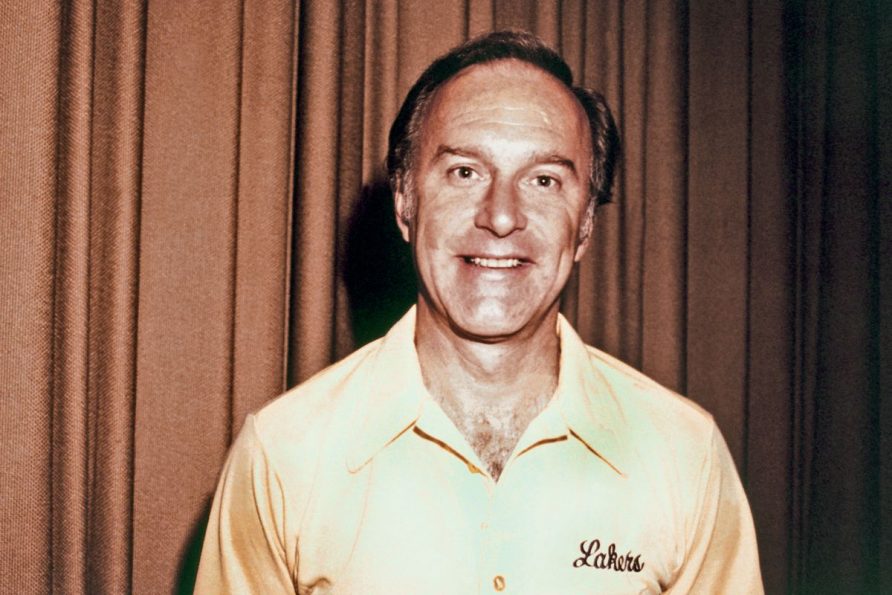 Pat Riley gets a lot of credit for engineering the Showtime-era LA Lakers in the 1980s, but it’s former head coach Jack McKinney who deserves all the credit for introducing run-and-gun offensive concepts that would help lead the Lakers to five championships between 1980 and 1988. 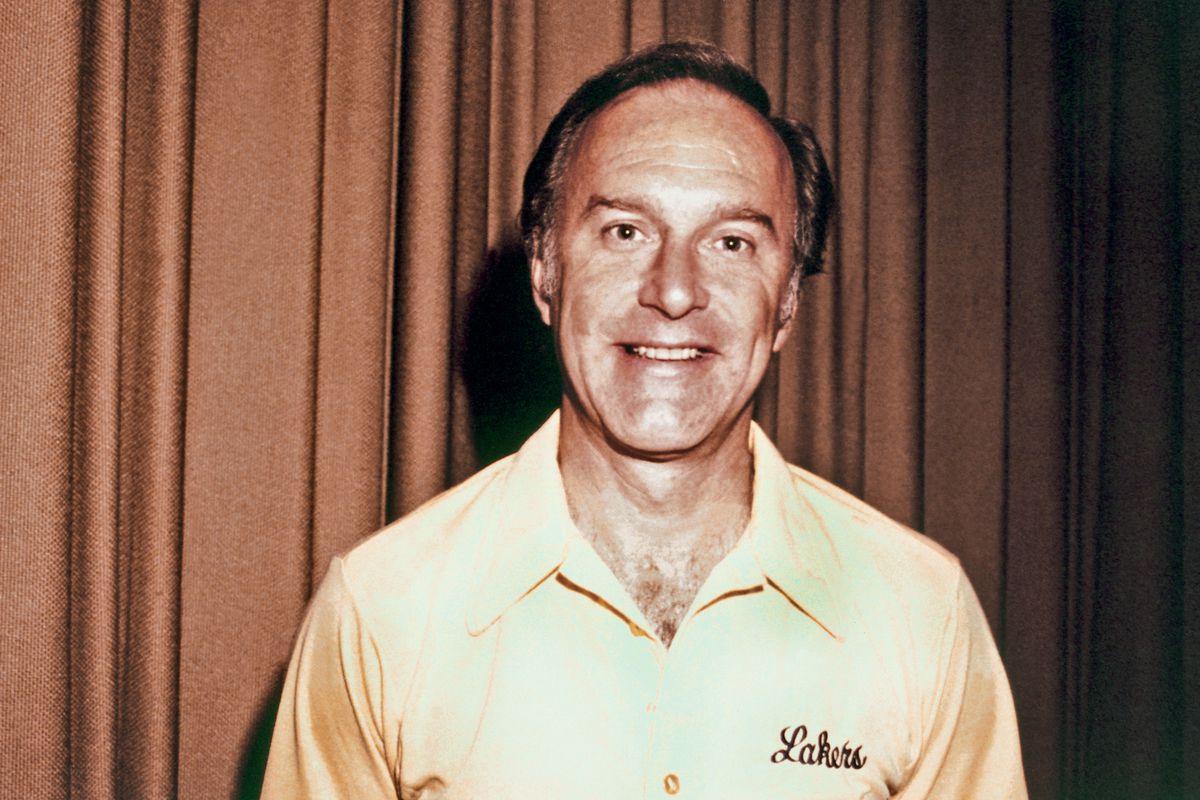 Jack McKinney spent just 14 games as the head coach of the LA Lakers at the start if 1979-80 season before he suffered a near-fatal bicycle accident. (Image: Getty)

McKinney is a former standout guard from Saint Joseph’s in Philadelphia where he played in the 1950s. He returned to his alma mater in 1960 as an assistant coach. He got his first head-coaching gig with Philadelphia Textile for a season gong 21-6, before he took over as the head coach of Saint Joseph’s in 1966 when the legendary Dr. Jack Ramsay left for the NBA.

McKinney posted eight-straight winning seasons and posted a 142-77 record. He got fired after a firs-round exit from March Madness in 1974. He landed a job as an assistant coach with the Milwaukee Bucks for two seasons. At the start of the 1976-77 season, McKinney joined the coaching staff at the Portland Trail Blazers. He got hired by his former mentor, Dr. Ramsay, and was responsible for developing an up-tempo offense.

The Trail Blazers won the 1977 NBA championship, and he spent the next few seasons as an assistant under Dr. Ramsay.

Prior to the start of the 1979-80 season, Jerry West stepped down as head coach of the LA Lakers. Jerry Buss, the new owner of the Lakers, wanted to hire Jerry Tarkanian from UNLV and offered to make him the highest-paid coach in the NBA. Tarkanian initially accepted the Lakers job, but declined after the murder (aka mob hit) of a close family friend. Tark remained in Vegas with UNLV, but Buss scrambled to find a new head coach.

Buss hired McKinney, which sort of came out of nowhere, but he had a vision that would vibe with the type of product that Buss wanted to put on the floor. McKinney wanted to have a free-flowing offense that emphasized fast breaks even during made baskets. The high-octane offense would put a strain on defenses, thereby giving the Lakers an edge.

Magic Johnson, Lakers rookie and the #1 pick in the 1979 NBA Draft, was the perfect candidate to run the offense that McKinney conjured up. Many veterans were resistant to change, especially Kareem Abdul-Jabbar, who referred the new offense to glorified street ball.

The Lakers started the season 10-4 under McKinney, but he only coached the team for 14 games before he suffered a serious bicycle accident. Assistant coach Paul Westhead took over for McKinney and was named interim head coach for the remainder of the season.

Westhead needed a new assistant coach and tapped Riley to join his staff. At the time, Riley was the color commentator alongside Chick Hearn for Lakers broadcasts.

Westhead continued to use the playbook that McKinney installed during training camp and preseason, and led the Lakers to the 1980 NBA championship.

Westhead and the players clashed the next season, especially Magic Johnson, when Westhead developed a big head after the championship and tinkered with McKinney’s offense. Westhead was fired after a first-round exit in the 1981 playoffs, much to the delight of the players.

Riley took over at the start of the 1981-82 season and re-installed the offense that McKinney created. The Lakers won the 1982 championship with the Showtime offense, and the rest is history. Under Riley, the Lakers would win four titles, including back-to-back championships in 1987 and 1988, and they finally beat the Boston Celtics in the NBA Finals. 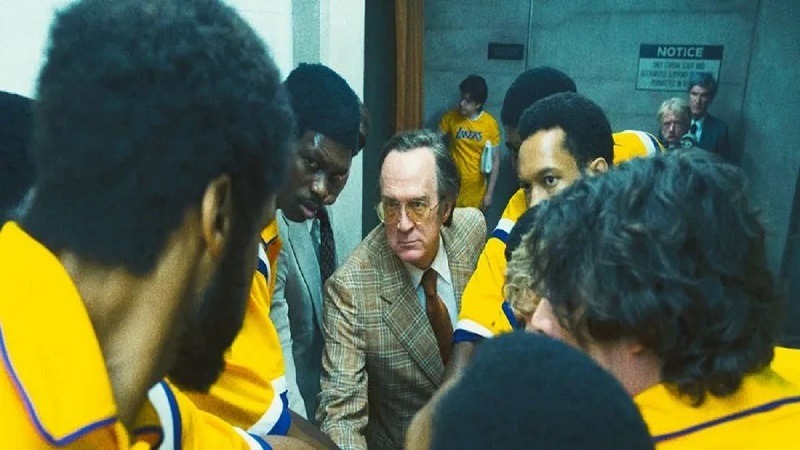 Adam McKay created the HBO series “Winning Time”, which tells the rise of the 1980s Lakers dynasty. They wanted to call it “Showtime”, but the suits running HBO thought it would get confused with their rival network Showtime. They comprised and settled on “Winning Time”, but it’s essentially the behind-the-scenes comedy/drama that begins with Jerry Buss buying the Lakers in 1979.

In “Winning Time”, Tony-award winning playwright Tracey Letts plays McKinney. The running joke in the show — “Who the f— is Jack McKinney?” — is uttered by both West and Buss. Both are well aware he’s the assistant coach of the Trail Blazers. Why would they hire a virtual no-name as the next Lakers head coach in a town synonymous with big names and superstars?

After West watches old game film of the Trail Blazers, he comes to the realization that McKinney is an offensive genius. He’s actually the perfect candidate for the job, and someone who can deliver a fun and fast-paced product for fans.

Buss just wants to improve sluggish ticket sales. In the previous season, the entire NBA experienced a low point with ticket sales across the league. The Lakers sold out less than half their games, but Buss wanted to create a different experience for fans and make a Lakers game feel like a trip to the Oscars, Hollywood Bowl, and the Playboy Mansion all in one place.

With McKinney at the helm, at least the Lakers will give the fans a fast-paced experience. Little did everyone know that McKinney would be the architect behind an offense that was ahead of its time as the blueprint for five championships.

After McKinney recovered from his serious head injury, he became the head coach of the Indiana Pacers for the 1980-81 season. He actually won NBA Coach of the Year in 1981 for turning around the Pacers, who went from one of the worst teams in the Eastern Conference to a playoff squad by running an offense similar to the one he created for the Lakers.

The Pacers struggled to win games in subsequent seasons. After four years as their head coach, the Pacers fired McKinney. In four seasons in Indiana, McKinney went 125-203. He took over as the head coach of the Kansas City Kings in 1984, but they were so awful that he resigned after nines game and a 1-8 start. He would never coach another NBA game and retired from coaching completely.

Overall, McKinney went 136-215 as an NBA head coach. However, insiders know he was the creative mastermind of the Showtime Lakers. At least viewers of “Winning Time” will get a chance to learn about the lasting impact of McKinney and his up-tempo offense.