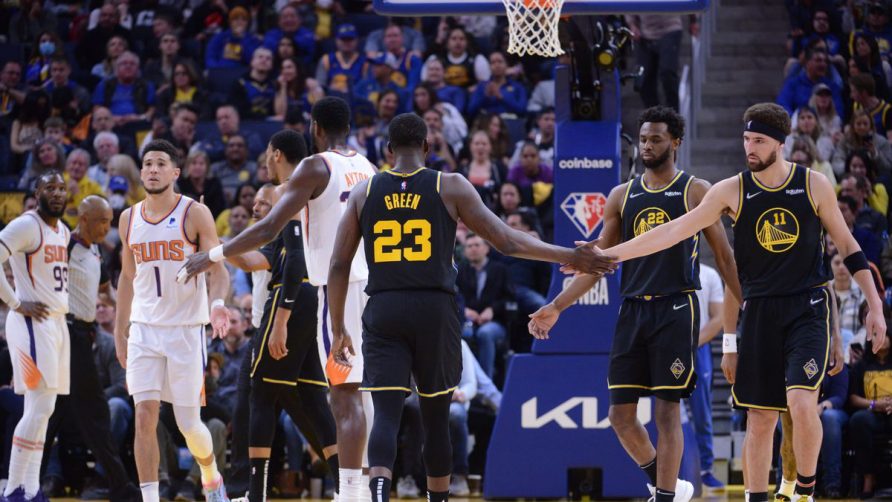 Do you have a personal favorite to win the title this year? If so, then take a look at the latest prop bet from DraftKings. There’s a cool prop bet about which division will win the 2022 NBA Championship, with the Pacific Division the betting favorite at +160 odds followed by the Atlantic Division (+240), and Central Division (+475). 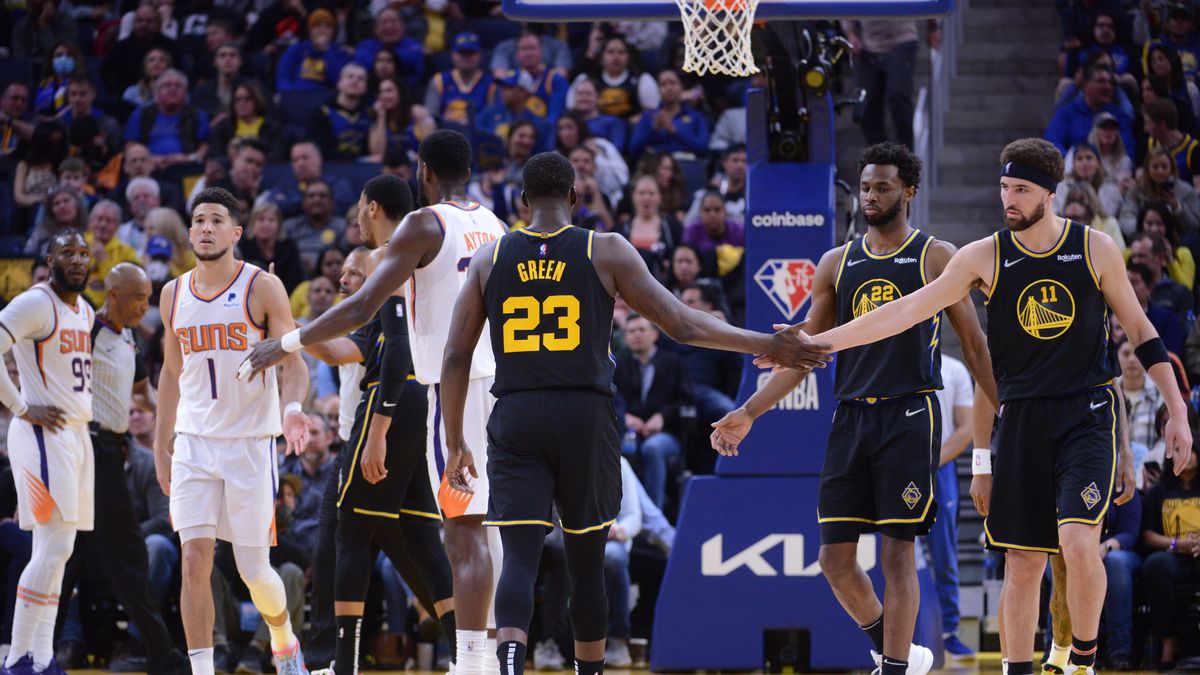 The Golden State Warriors and Phoenix Suns are two teams from the Pacific Division that could win the 2022 NBA championship. (Image: Getty)

The last four NBA championship from the Western Conference came out of the Pacific Division with the Golden State Warriors winning three times between 2015 and 2018, and the Los Angeles Lakers prevailing inside the NBA Bubble in 2020.

The Phoenix Suns, out of the Pacific Division, are the consensus betting favorite to win the 2022 NBA championship at +260 odds.

The defending champion Milwaukee Bucks, out of the Central Division, attempt to become the first repeat winner since the Warriors won back-to-back titles in 2017 and 2018.

Only two teams from the Pacific Division locked up spots in the postseason, but the LA Clippers are trying to become the third team if they can succeed in the play-in tournament. The Pacific Division are the favorite to win the championship because they have both the Phoenix Suns (64-18) and Golden State Warriors (53-29) in the mix. Those are two of the top four teams on the NBA futures board at DraftKings.

Sometimes a team has to lose in the championship before they return the next season to win it all. The Suns hope that’s the case after they were the runner-up last season, but finished this season with the best record in the league. The Suns are +260 odds to win the championship and if you follow the money, that’s where both the public and pros have been backing.

Never count out Steph Curry in the playoffs, especially with the Splash Brothers back together in the lineup. The Warriors are +850 odds to win the title this year.

Four out of five teams from the Atlantic have shots in the postseason with the New York Knicks as the odd team out. The Brooklyn Nets are in the play-in tournament, but they’re expected to get either the #7 seed or #8 seed. The Nets are +600 odds to win the championship as the third-highest team on the Futures board.

The Boston Celtics are the hottest teams in the NBA right now entering the postseason, which is why they have favorable title odds at +900. However, the Celtics with the #2 seed could be matched up against the Nets in the first round.

The Philadelphia 76ers are the #4 seed, but only +1400 odds to win the title. We’ll get to see if the addition of James Harden puts them over the hump and helps propel them to a spot in the NBA Finals.

If you think the Greek Freak and the Milwaukee Bucks can build a dynasty, then take a flier on the Central Division to win NBA championship at +475 odds. The Bucks are the second-best favorite on the board at +500 odds. They looked good down the stretch and peaking at the right time.

Two of the top teams from the Southwest — Memphis Grizzlies and Dallas Mavs — locked up spots in the playoffs, but two other teams — New Orleans Pelicans and San Antonio Spurs — have to square off in the play-in tournament.

The Mavs with the #4 seed are led by Luka Doncic, but lack a legit supporting cast to help them embark on a deep run.

The Utah Jazz are the team you should avoid the most in the postseason after a late-season implosion. All signs point toward the team breaking up after a first-round exit, and head coach Quin Snyder heading to either the San Antonio Spurs or LA Lakers next season. The Denver Nuggets are a tough team thanks to MVP Nikola Jokic, who became the first-ever 2K/1/500 guy in NBA history. But, the Nuggets lack the firepower to maintain a sustained postseason run. It makes sense why the Northwest Division are the long shot on the prop betting board to win the NBA title at +1300 odds.