Despite an ugly 3-point shooting night for both teams in Game 4, the Golden State Warriors rallied late in the fourth quarter to defeat the Memphis Grizzlies 101-98 and take a 3-1 series lead in the Western Conference Semifinals. The Warriors are now the new betting favorite to win the 2022 NBA championship at +200 odds according to an update by DraftKings. 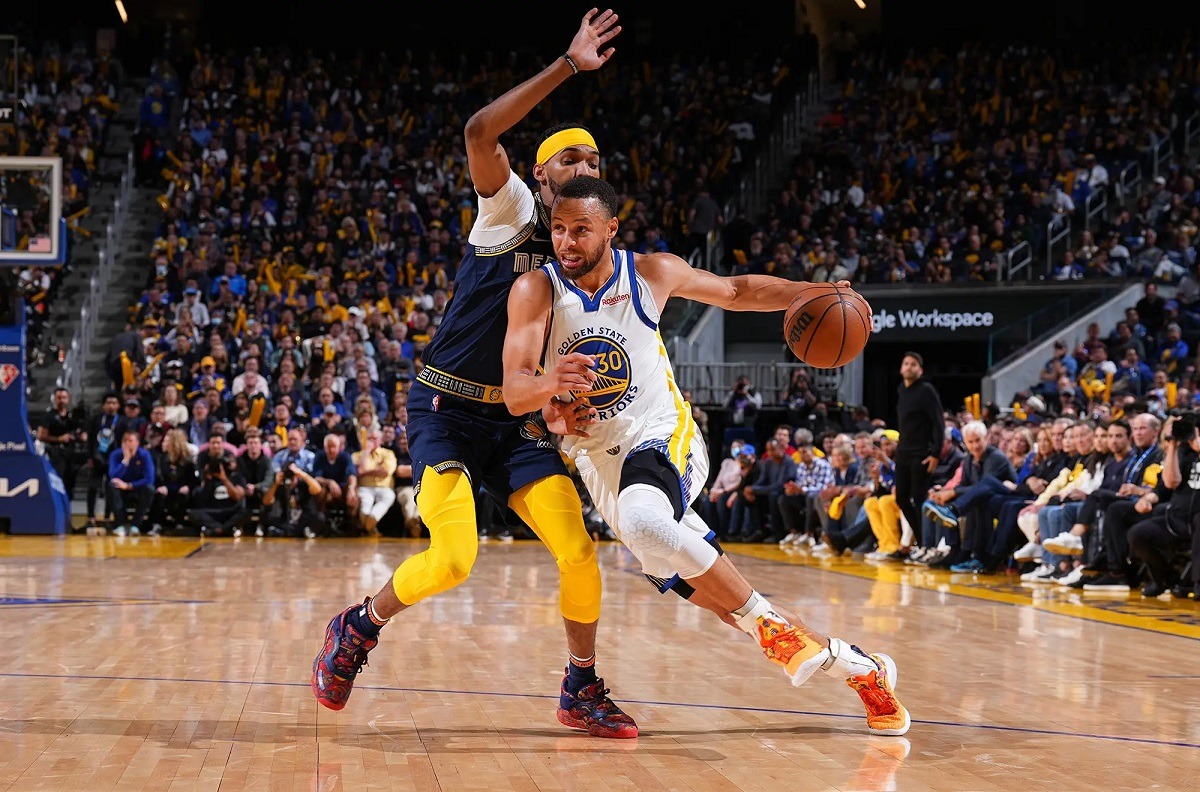 Steph Curry from the Golden State Warriors attacks in transition against the Memphis Grizzlies in Game 4 at the Chase Center in San Francisco. (Image: Garrett Ellwood/Getty)

The Grizzlies did not have All-Star point guard Ja Morant in the lineup due to a knee injury that occurred late in Game 3. The Warriors did not have head coach Steve Kerr on the sidelines because he tested positive for COVID-19 less than two hours before tipoff.

With the series returning to Memphis for Game 5, the Warriors opened as the favorite and the Grizzlies are a +3 home dog.

The Warriors are a massive favorite to win the series at -3000 odds, and the Grizzlies are huge underdogs at +1400 to win three games in a row and rally back from a 3-1 deficit.

The Warriors moved ahead of the Phoenix Suns (+300) as the top team on DraftKings’ futures board at +200 odds to win the title. The Grizzlies are the biggest long shot on the board at +6500 odds.

Mike Brown Subs in for Kerr

Mike Brown made headlines over the weekend when the long-time assistant coach accepted the head coaching vacancy with the Sacramento Kings. He got thrust into the spotlight on Monday night when Kerr tested positive for COVID.

“Obviously there’s butterflies, because again you’re going into the game with a certain mindset and it’s a big game,” said Brown. “Every game that we play at this point in the year, it’s huge. So, to have that kind of thrown at you, you’ve got to switch gears because I know what my responsibilities are going in as Mike Brown the assistant coach, and it changes.”

In 2017, Brown filled in for Kerr when he had back surgery. The Warriors went 11-0 under Brown as the interim head coach. That’s why Brown and the team didn’t blink.

“We did miss Steve a lot, just his voice, his presence,” said Klay Thompson. “But we’ve been here before in 2017 when Mike took over and we rolled off a lot of wins, so I reflected on that a lot.”

The Warriors trailed by seven points at the start of the fourth quarter, but the Grizzlies led as many as 12 points in the second half of Game 4.

As bad as they shot from 3-point range at 24.3% on 9-for-37, the Warriors made up the difference at the free throw line. They shot nearly 91% on 20-for-22 at the charity stripe. Steph Curry knocked down eight clutch free throws in the closing minutes to seal a victory for the Warriors.

“We didn’t shoot the ball well,” said Andrew Wiggins. “But our defense was solid. We kept the game close coming down the stretch, and Steph made big plays, big plays.”

The Grizzlies did not expect Morant would play in Game 4 after they alleged Jordan Poole caused Morant’s knee injury in Game 3. Morant skipped the morning shootaround, and the Grizzlies finally listed him as out a couple hours before tip off.

Tyus Jones started at point guard in place of Morant. He scored 19 points and added six rebounds and five assists in 41 minutes.

“It’s a tough one, a tough pill to swallow,” said Jones. “It felt like we were leading the whole game. We were in a good position to win a ballgame, and things didn’t go our way down the stretch.”

Jaren Jackson, Jr. led the Grizzlies with 21 points, but he shot blanks from 3-point range with an 0-for-7 clip. Desmond Bane shot 2-for-4 from beyond the arc, including a buzzer beater at the end of the third quarter, but the rest of the Grizzlies were 7-for-31 for just 22%.

Dillon Brooks returned to action after serving a one-game suspension in Game 3 for his hard foul on Gary Payton II. With Payton sidelined for a month, the fans at Chase Center booed Brooks every time he touched the ball. Brooks added 12 points, but had a rough night shooting 5-for-19 including 2-for-9 from downtown.

“Dillon forced a couple,” said head coach Taylor Jenkins. “Trying to get his groove back. Obviously he’s been off for a couple of days. But when he was playing with force under control, I loved the playmaking that he had.”

The Grizzlies expect Morant to return in Game 5, which is a do-or-die elimination game.

Check out OG’s extensive coverage of the 2022 NBA Playoffs.