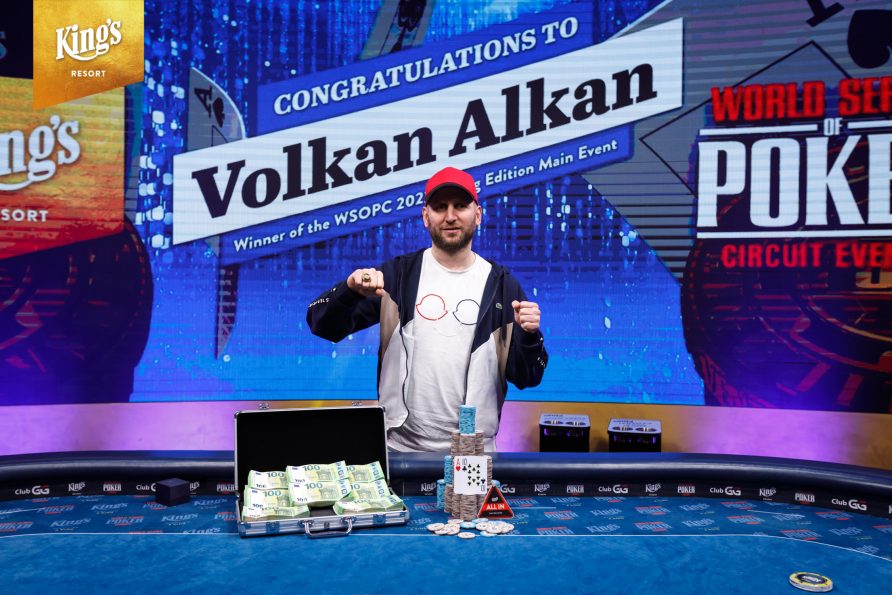 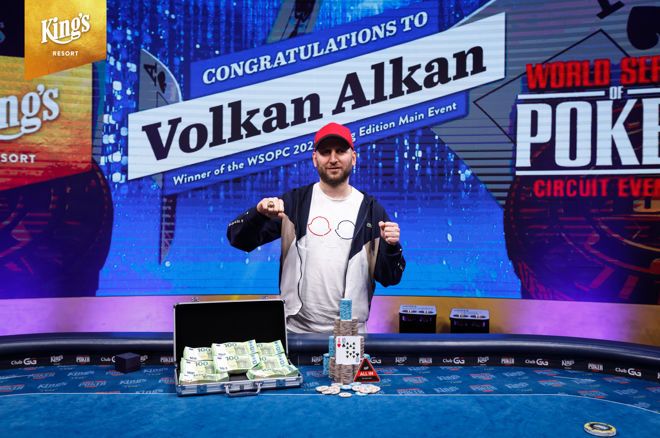 The latest major festival at King’s Resort, Rozvadov has crowned a winner. After a short-lived final day in the marquee event of the 2022 WSOP International Circuit Rozvadov Spring Edition, Germany’s Volkan Alkan came out on top of a 648-entry strong field despite entering the final table as the shortest stack.

Alkan walked away with a cash prize of €160,500 and a coveted WSOP Circuit gold ring, entry into the 2022 WSOP Europe €10,350 Main Event and a seat in the WSOP Circuit Tournament of Champions during the 2022 World Series of Poker in Las Vegas.

Kosovo’s Besnik Lalinovci, entered the final day as chip leader but ultimately fell short of victory and had to settle for €100,900 after a heads-up duel that lasted all but seven hands. The final table was streamed live on the King’s Resort Twitch channel.

Among the finalists was also Israel’s Tom Cohen, who took down the Dutch Classics €230 Main Event in September 2021 while Czech WSOP bracelet winner Lukas Zaskodny had to settle for fifth place. 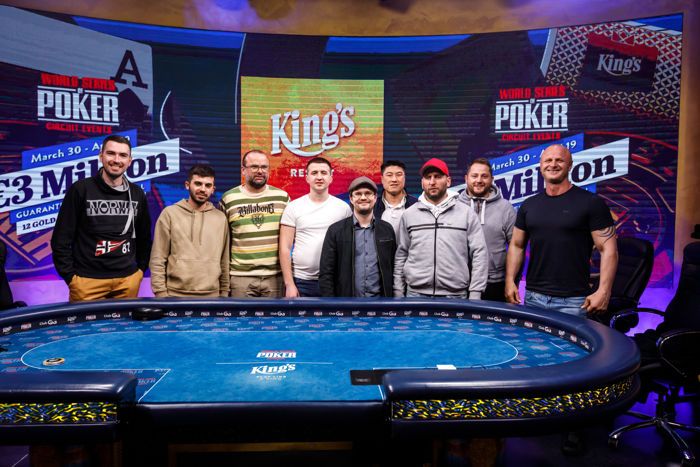 Luc Ta was one of the bigger stacks when the cards went back in the air but never got much going. Eventually, he lost a flip to also bust Zaskodny. The Czech player then picked up two more eliminations sending Ruslan Volkov and Rama Mulaj to the rail in quick succession.

Read More: 5 Poker Tournaments You Don’t Want to Miss at the 2022 WSOP

Zaskodny took the lead into five-handed action when he profited from the aggressive playing style of Besnik Lalinovci, but the wheels then came off in a span of one hour. He first lost two pots to Lalinovci and was then on the wrong end of a trips versus trips cooler to double Tom Cohen. It was all over soon after for Zaskodny and what followed thereafter can only be described as a frantic frenzy. 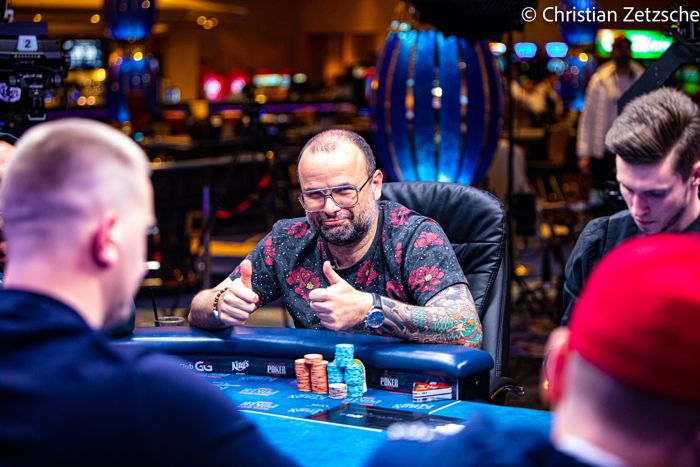 Despite an average of over 40 big blinds, it took less than one hour to determine a champion. Volkan Alkan doubled through Cohen to take the lead, who then sent Nedeljko Todorovic to the rail shortly thereafter. Only a few hands later, the two big stacks collided and Cohen’s ace-queen suited were no match to the ace-king suited of Alkan. After that, it took just seven hands of heads-up play to crown a winner, with Lalinovci falling just short.

One day prior when he had bagged up the shortest stack, Alkan had bemoaned the fact that he has to stay another day and may potentially bust in the first few hands. However, the comeback story turned into the biggest success of his poker career so far and wrapped up the festival at the King’s Resort.