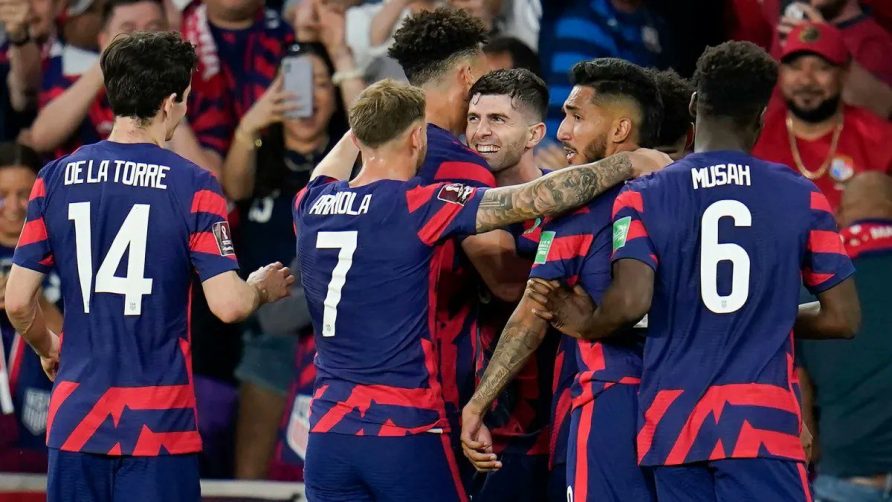 The US men’s national team won 5-1 against Panama on Sunday in Orlando and are all but officially qualified for the World Cup at the end of the year. The players celebrated their convincing win with a banner that had the word “Qualified” written on it, but soon realized they still had to wait to book flights to Qatar. To do that, the USMNT needs to avoid a 6-0 defeat against Costa Rica to confirm qualification.

we deadass pulled out the qualified banner already 😂 pic.twitter.com/Re3tysbM5n

The joy following the beating of Panama was so great that Gregg Berhalter’s men forgot to do the maths after the match. The players showed a “QUALIFIED” banner for a few seconds before staff took it away.

“The guys didn’t know what it said. It was just hand handed to them,” hat-trick hero Christian Pulisic revealed. “Once we realized, we let it go. There’s no need to show that off because we still have a job to do,” he added.

Coach Berhalter tried to keep the players grounded following their win. “We know we still have a game to go and it’s a difficult game in Costa Rica, so our job right now is to recover, do regeneration and then get healthy guys, fit guys, on the field and go compete in San Jose, where we’ve never won before.”

On their way to World Cup 2018 in Russia, the US defeated Panama 4-0 and only needed a draw as they faced Trinidad and Tobago four days later. They lost the match 2-1 and missed out on a World Cup spot.

Paul Arriola, who is the only player along with Pulisic to have been part of the national team four years ago, asked for caution. “I’ll be honest, I’m not celebrating anything,” the winger said. “I was in this exact position four years ago. Or let’s say, a similar one. We know how that qualification ended,” said Arriola, who found himself on the scoresheet against Panama last night.

“The mentality of this group is, and has to be, to go down there to get a good result against Costa Rica,” Ariola stressed.

The US sits behind Canada in the qualification group. They won 25 points in 13 games, three less than Canada, who booked its flight to Qatar over the weekend. The top three teams in the group go directly to the World Cup, with the fourth needing to go through an intercontinental playoff, most likely against New Zealand, to qualify. 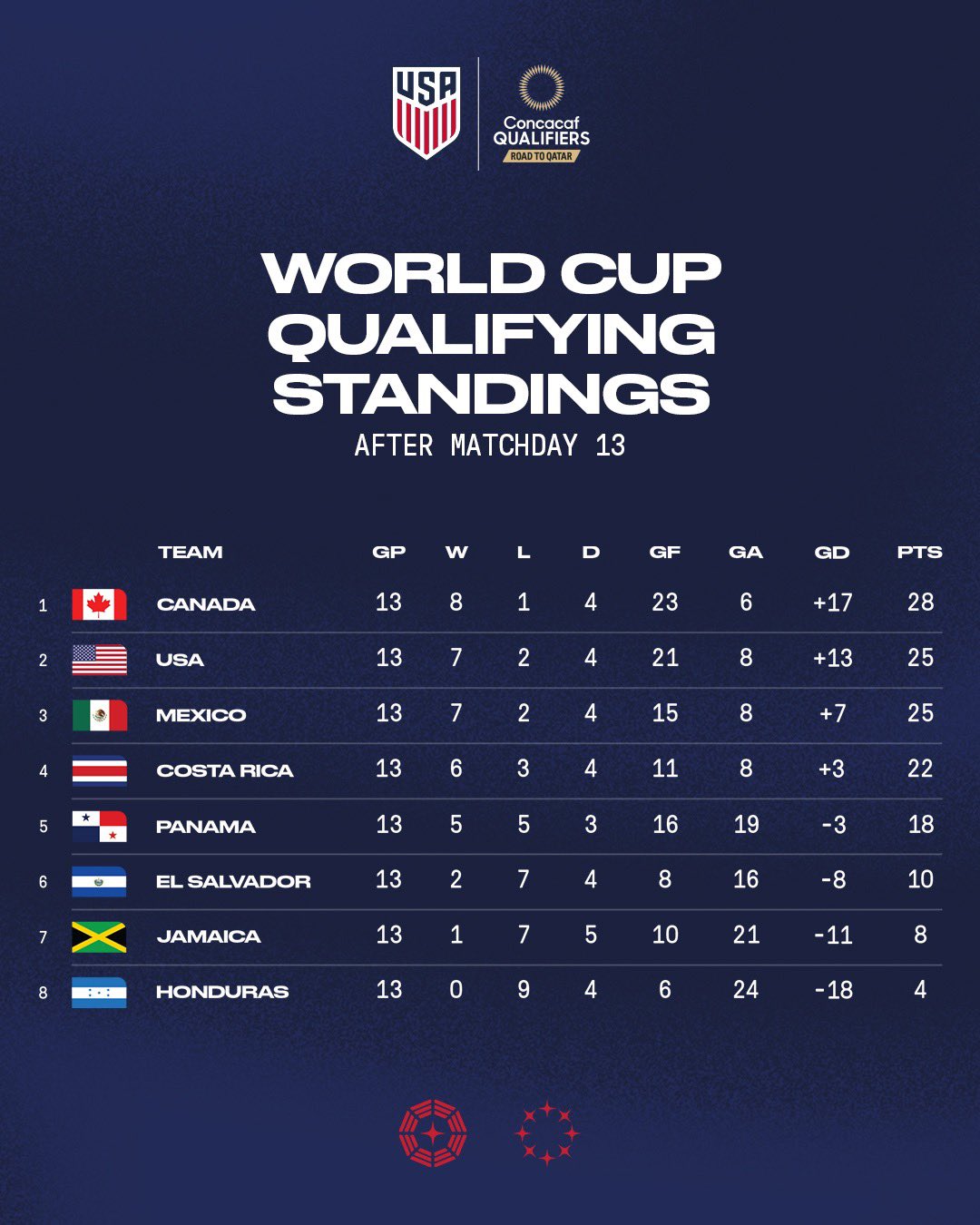 The CONCACAF group standings ahead of the last round of games. (Image: Twitter/usmnt)