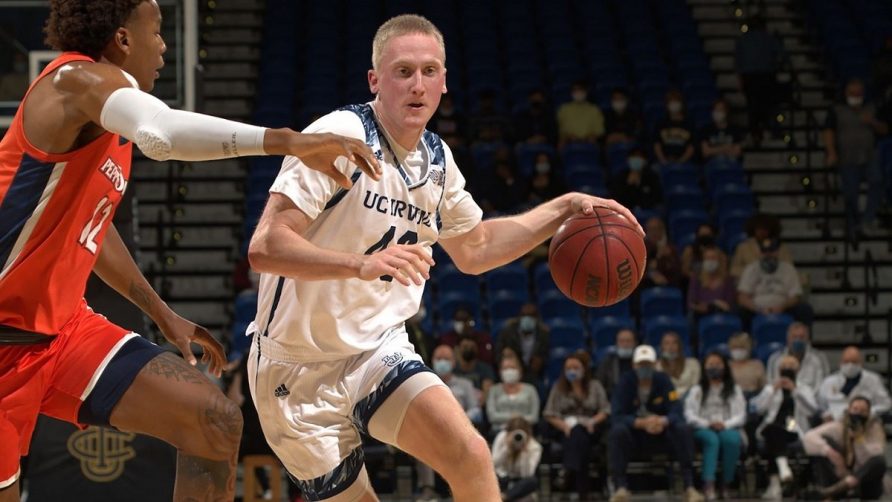 Only one team from the Big West will punch their ticket to the 2022 March Madness men’s college basketball tournament, and the UC Irvine Anteaters are the betting favorite at +250 odds over the UC Santa Barbara Gauchos (+360) and Long Beach State Beach (+500) to win their conference tourney and lock up a berth to the Big Dance. 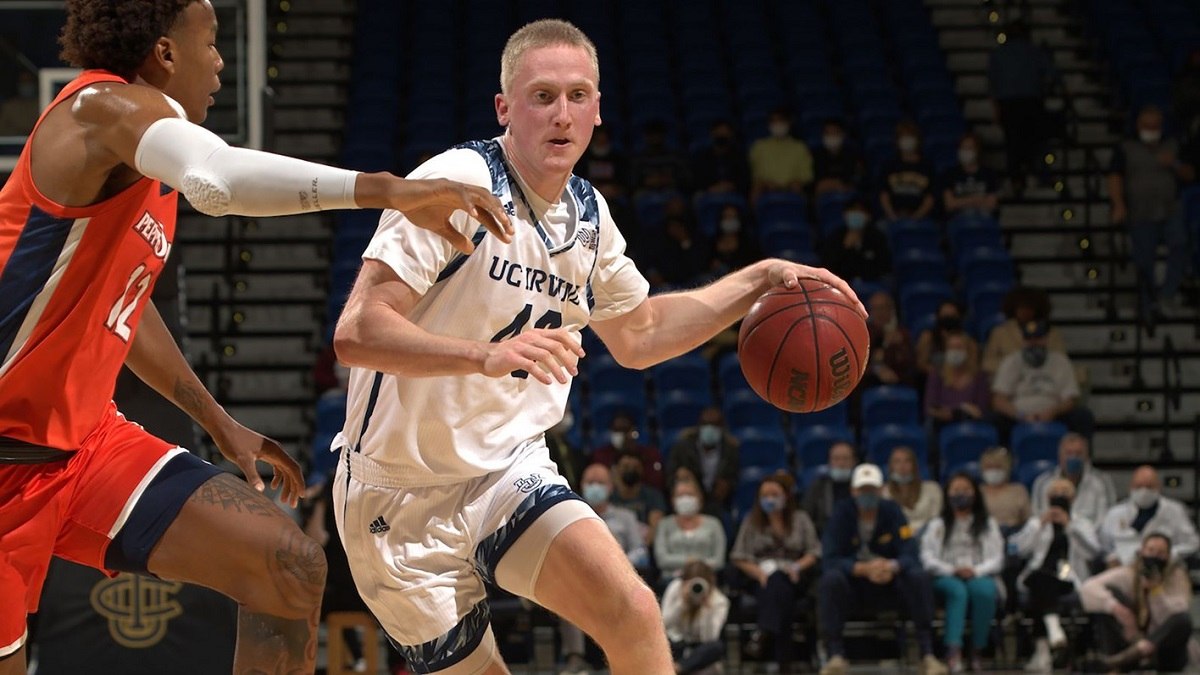 Collin Welp from the UC Irvine Anteaters drives to the basket against Pepperdine. (Image: AP)

The 2022 Big West Conference Tournament will be host at the Dollar Loan Center in Henderson, Nevada.

UC Santa Barbara is the defending champion after they picked off UC Irvine in the Big West conference championship in 2021.

There is no dominant force in the Big West. In the previous 12 years, nine different teams had the opportunity to represent the Big West in March Madness.

In the last five times the Big West hosted their conference tournament, five different teams won it and advanced to March Madness. This year’s Big West tournament is wide open once again.

In 2019, UC Irvine entered March Madness with the #13 seed and they shocked #3 Kansas State with a first-round upset. Kansas State was ranked #18 in the country at the time, yet the Anteaters prevailed with a 70-64 victory. UC Irvine failed to advance to the Sweet 16 when they were upended by #12 Oregon in the second round. The Anteaters finished 31-6 in the 20181-9 season, which is arguably their best season in the history of their program.

UC Irvine struggled this season with a 15-9 overall record. The Anteaters went 9-5 in Big West Conference play and finished the season in fourth place. Collin Welp, a 6-foot-9 senior forward, leads UC Irvine with 13.7 ppg and 6.5 rebounds per game.

The Gauchos finished this season with a 16-10 record, but were fifth overall in the Big West with a 8-5 conference record. There’s been early money on UC Santa Barbara presumably from wealthy alumni and students who want to back the Gauchos in the Big West Tournament. The Gauchos are riding a five-game winning streak including a big win over Long Beach State. They also won eight out of their last nine games.

Amadou Sow, a 6-foot-9 senior forward from Bali, leads Santa Barbara with 15.8 points and 8.2 rebounds per game. He also shoots an efficient 56.6% from the field.

Long Beach State earned the #1 seed and a first-round bye. They will play the winner of Cal State Northridge and Cal State Bakersfield. Despite the top seed, Long Beach State is only third on the NCAA futures board at DraftKings at +500 odds to win the Big West Tournament.

The Beach of Long State Beach compiled an 18-11 overall record this season. After starting out 3-7, the Beach closed out the season with a 15-4 clip, which included an 11-game winning streak. In Big West conference action, Long Beach State went 12-3.

Keep an eye on Joel Murray, a 6-foot-1 guard who previously played for West Texas A&M. He entered the transfer portal and joined Long Beach State. At WTAM, a Division II school, Murray led his conference in scoring with 23.3 ppg last season. At Long Beach State, Murray leads the Beach with 16.2 ppg.

The Hawaii Rainbow Warriors finished the season 16-10, but they were third place in the Big West with a 19-5 conference record. After struggling with a 4-5 record to start the season, Hawaii played much better in the second half with a 12-5 clip. Their last three losses were road games against Long Beach State, UC Irvine, and UC Santa Barbara. But now Hawaii has the benefit of playing the Big West tournament on a neutral court without having to worry about traveling in between games. You can back Hawaii at +600 odds to win the Big West.

Noel Coleman, a 6-foot-1 sophomore guard from Belgium, leads the Rainbow Warriors with 14.8 ppg. He made a huge leap from his first year at Hawaii when he scored just 5.8 ppg.

Fullerton finished earned the #2 seed in the Big West conference tournament with a second-place finish and a 11-4 record. Overall, the Cal State Fullerton Titans were 18-10 this season, but they lost two out of their last three games. Despite the #2 seed, Cal State Fullerton is sixth on the betting board at +700 odds to win the Big West conference tournament.

Senior forward EJ Anosike leads the Titans with 16.3 points and 7.7 rebounds per game. He lit up CSUN for 33 points back in January and he could easily go off for 30 if he gets hot.