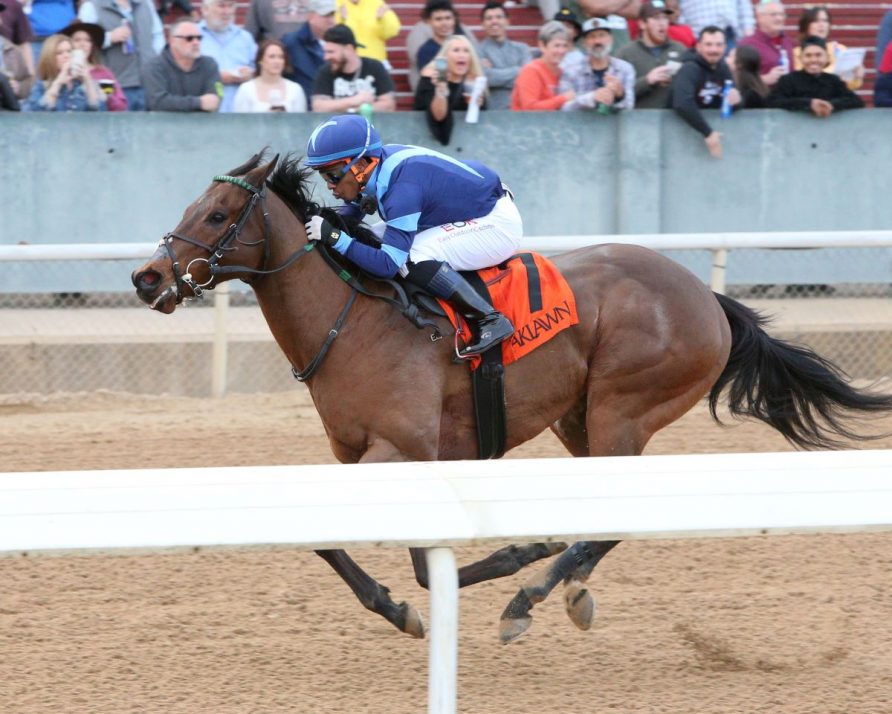 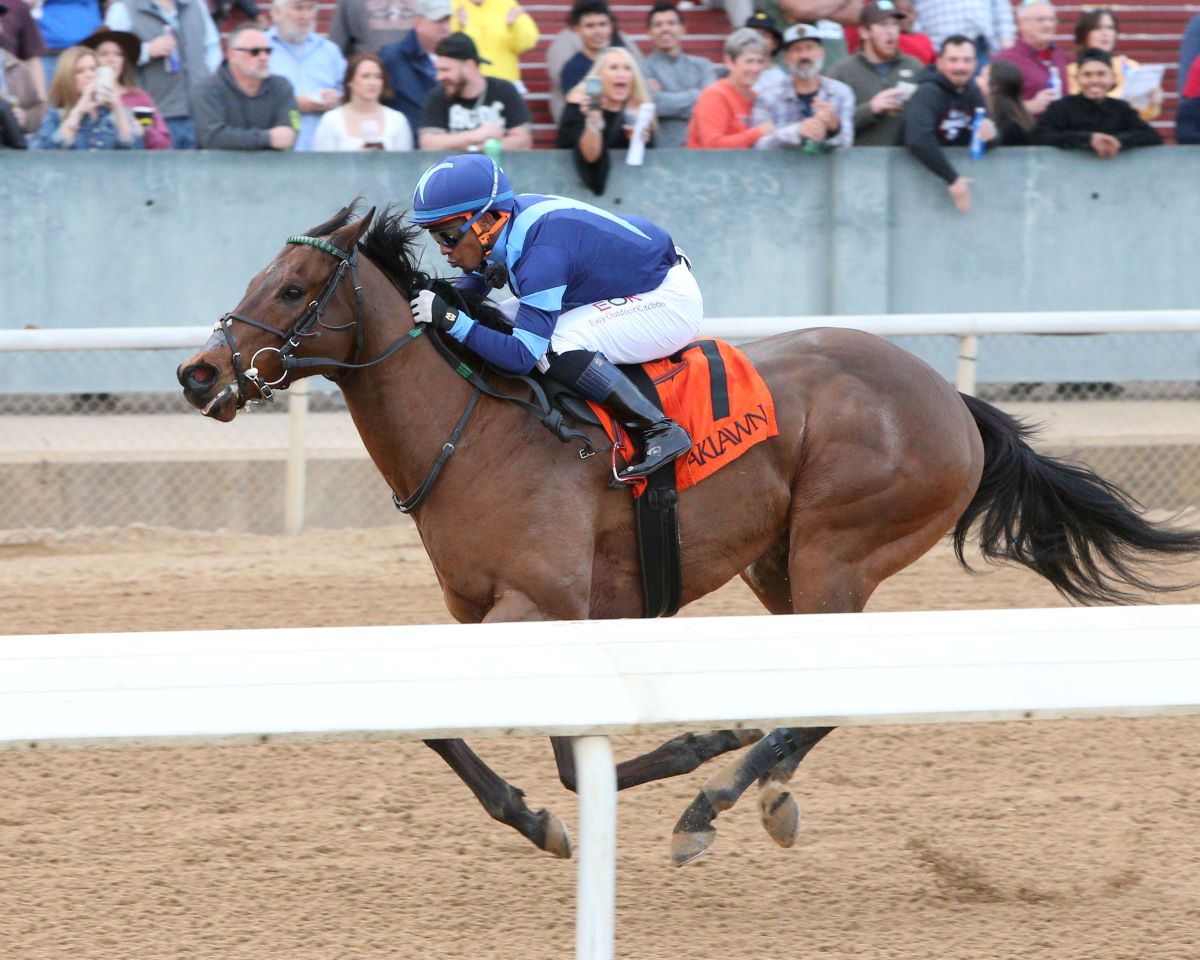 Hollis ran one of the fastest Beyer Speed Figure numbers of 2021: a 109 in an allowance victory. He is one of the featured horses in this week’s Cross Country Pick 5 wager. (Image: Coady Photography)

The weekly wager offers up races from Oaklawn, Aqueduct Racetrack and Tampa Bay Downs. Consider it a lull before the Kentucky Derby prep storm. There are no Derby preps this weekend, but the next three weekends are loaded with Derby Trail stops.

Instead, this week’s Cross Country Pick 5 presents two stakes from Oaklawn. The first is the Grade 3 Whitmore Stakes, which forms the middle leg of the five-race sequence. The six-furlong Whitmore, named after the champion sprinter who retired last year, features Hollis, who clocked that 109 Beyer in an allowance optional claimer at Oaklawn last December. That brought the then-6-year-old gelding a 4 ½-length vanquishing of 1/5 favorite Nashville.

Waiting for him are King Cotton winner Bob’s Edge, who – like Hollis – won two of his last three starts, and 19-time winner Greeley and Ben.

Oaklawn’s second stakes is the Grade 3 Essex Handicap, which returns five contestants from last month’s Grade 3 Razorback Handicap. That list starts with the winner of that race: Plainsman. It continues through runner-up Thomas Shelby, third-place Popular Kid and fifth-place Rated R Superstar, the 2019 champion. He finished second in this race in 2021.

To that already deep field, add graded stakes winners Title Ready and Warrior’s Charge. That makes the 1 1/16-mile Essex a particularly salty and competitive finale to the Cross Country Pick 5.

The wager opens this week at Tampa Bay Downs, with an overflow maiden, five-furlong turf sprint. One of the key horses here is Psychedelic Shack, a 4-year-old Shackleford progeny making his career debut. He comes in off three bullet breezes at Payson Park. Run Smitty Run comes in with the best last-out Beyer (a 69).

After the third-leg Whitmore at Oaklawn Park, the fourth leg heads back to Aqueduct for the Cicada Stakes. This is a deep field of 3-year-old filly sprinters led by Monshun, who returns for the first time since capturing a Saratoga maiden by 3 ½ lengths in August. Her rivals include Lady Milagro, arriving off a February 7 ¼-length optional-claiming beat-down at Aqueduct, and Lady Scarlet, coming in off a score in an optional-claiming sprint at Oaklawn.

The minimum bet for the Cross Country Pick 5 and its 15% takeout is 50 cents. Every week’s wager comes with a mandatory payout of the net pool.

Equibase provides free past performances each week. Those are available here.