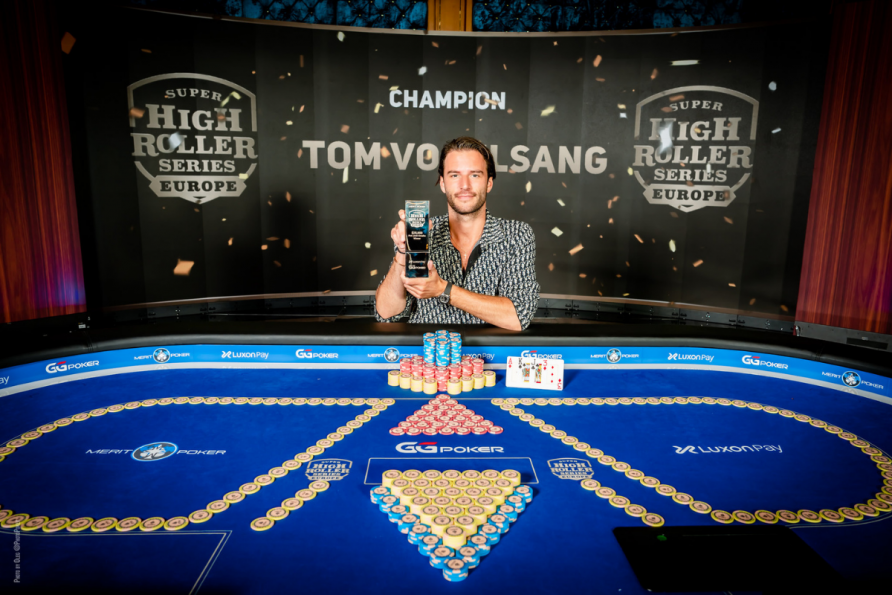 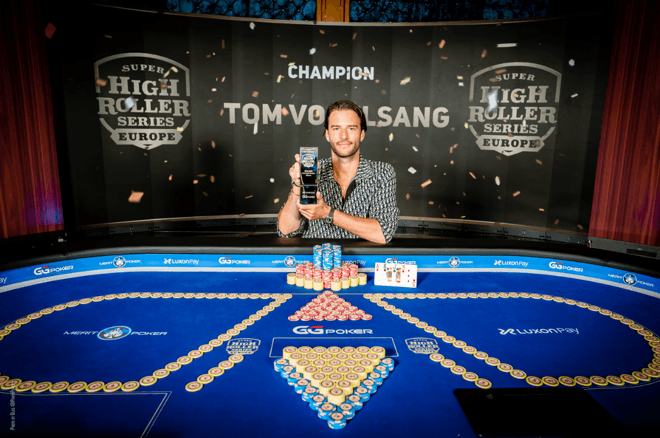 The SHRS has returned to Europe to the Merit Crystal Cove Resort and Casino in North Cyprus for 10 tournaments with buy-ins ranging from $25,000 to the $250,000 Super High Roller Bowl Main Event.

The Nederlander finally took one down after a near-miss in the $100,000 No-Limit Hold’em event during the Triton Poker Special Edition Series that preceded the SHRS Europe. Hungarian runner-up Butjas grabbed $240,000 for falling to Vogelsang in second, while Rok Gostisa won $160,000 for third.

Raphael Schreiner, Ali Imsirovic, and Eelis Parssinen rounded out the top-six paying spots, and Imsirovic added a few points to his lead on the PokerGO Tour leaderboard with another high roller finish in the money.

With the win, Vogelsang jumped to fifth on the overall SHRS Europe leaderboard, currently led by Phil Ivey. The overall leaderboard will track the number of PokerGo Tour points earned throughout the series and the top finisher will win the SHRS Championship and a $25,000 bonus.

Mikita Badziakouski holds a commanding chip lead over the rest of the final table, with more than double that of Jason Koon in the second position. Koon is looking to finish strong and pass Ivey, who sits at the top of the overall SHRS leaderboard thanks to securing his fourth cash of the series in the Short Deck event.

Ivey is followed by Wai Kiat Lee in fourth and Stephen Chidwick in fifth. Lun Loon rounds out the remaining six players that will return on Saturday for their shot at the title.

The final six players of Event #2 will return at 1 p.m. EEST on Saturday, April 9 and the final table will air with David Tuchman and Brent Hanks doing the commentary on the PokerGO YouTube channel at 7 a.m ET and 4 a.m. PT.