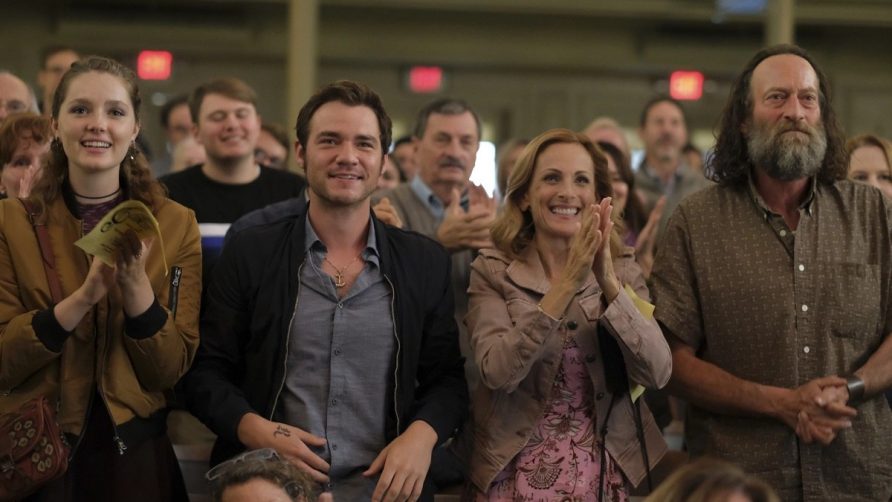 With 48 hours to go before the 94th Academy Awards begins in Hollywood, all the drama surrounds a super close race between “CODA” at +100 odds and “The Power of the Dog” at -115 odds to win Best Picture at the 2022 Oscars. 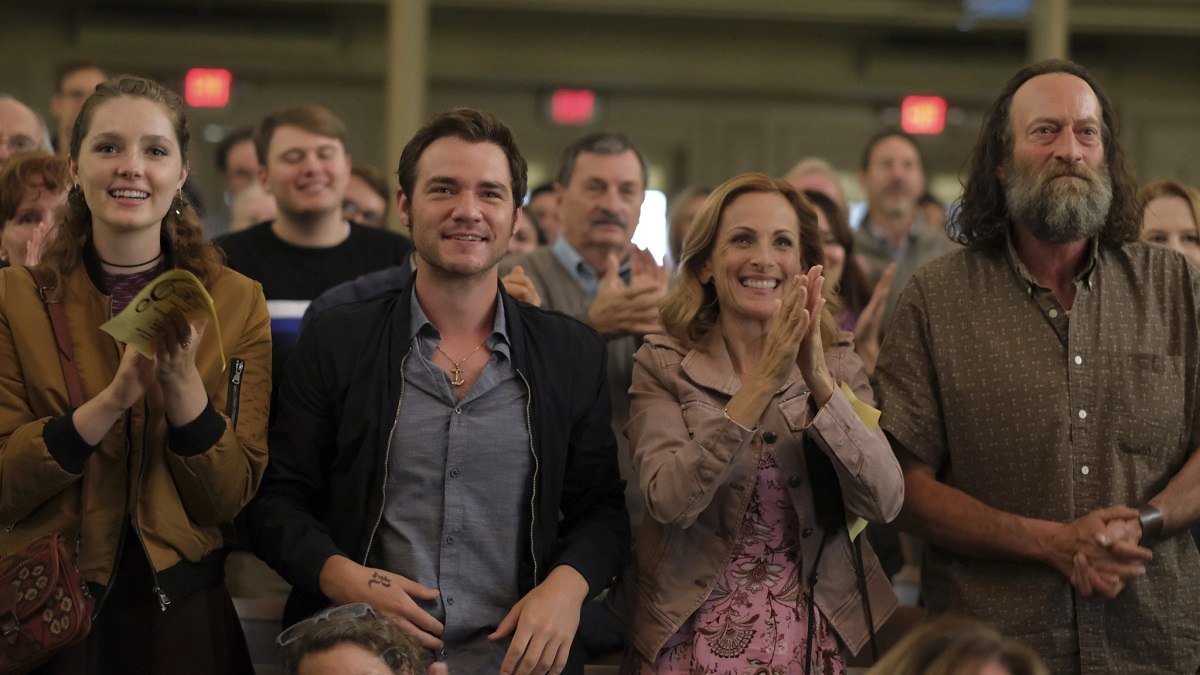 However, in the last six weeks, CODA gained steam after it won several categories at other awards shows including the Producer’s Guild Awards. According to the most-recent update at DraftKings, “CODA” is now +100 odds — or even money — to win Best Picture.

In the Best Actress race, Nicole Kidman emerged as the early favorite at +120 odds for portrayal of Lucille Ball, but Jessica Chastain has been gaining momentum ever since she won at the SAG Awards for her role in “The Eyes of Tammy Faye.”

Right after Chastain won the coveted Actor, bookies adjusted the odds and she was near coinflip at +125 odds to win at the Oscars, while Kidman slipped to +150. Chastain is now the consensus favorite at -140 odds to win her first golden statue. You can wager on Kidman with a value bet at +450 odds as she seeks her second Best Actress victory.

Penelope Cruz and Pedro Almodovar collaborated once again with “Parallel Mothers”, and Cruz saw a huge surge in her odds in the last two weeks. Cruz opened at +1400 odds, but bookies have since adjusted her line to +350 as the second favorite on the board.

It looks like Ariana DeBose is running away with the Oscar for Best Supporting Actress. The triple-threat talent — acting, dancing, singing — is one of the bright spots in Steven Spielberg’s remake of the classic musical “West Side Story.”

DeBose opened as the betting favorite at -350 odds, but she’s currently a massive favorite at -1600 odds to Best Supporting Actress, which is saying a lot considering the outstanding performances from this year’s batch of nominees which includes Kirsten Dunst, Aunjanue Ellis, Jessie Buckley, and Dame Judi Dench.

Dunst from “The Power of the Dog” is the closest competition at +600 odds.

Sometimes you’re a front runner that pulls off a wire-to-wire victory. Will Smith from “King Richard” opened as the consensus betting favorite at -330 odds to win Best Actor. He swept all the major award ceremonies like the SAG and Golden Globes, which is why Smith is now the big favorite at -800 odds.

Do not be confused with the “King Richard” title. It’s not Shakespeare, but rather, it’s a biopic about the father of tennis prodigies Venus and Serena Williams.

If Smith wins his first Oscar for playing Richard Williams, he’ll edge out Denzel Washington in a rare Shakespearian role during a film version of “Macbeth.” The voters at the Academy have a hankering for thespians who portray real-life people. Of course, this year’s nominees based on real people also included Andrew Garfield from “tick, tick… BOOM!” as struggling playwright Jonathan Larson (“Rent”). Plus, Javier Barden from “Being the Ricardos” earned a nod for his role as actor/musician/TV producer Desi Arnaz, Jr.

Benedict Cumberbatch is the lone fictional character in this year’s Best Actor category, but has the closest shot at upsetting Smith at +450 odds. Cumberbatch played a badass ranch owner in Montana in a western flick

Troy Kotsur from “CODA” emerged as the betting favorite to win Best Supporting Actor at -500 odds. Kotsur, as the deaf father and fisherman in “CODA”, was initially the second favorite on the betting board at +375 odds when the nominations were released. Kotsur won his category at other awards shows including the SAG Awards. He’s now trying to make Hollywood history as the first deaf actor win at the Oscars.

Kodi Smit-McPhee from “The Power of the Dog” was the initially betting favorite to win Best Supporting Actor at -350 odds. Smit-McPhee saw his odds drop to -150 after the SAG Awards, but in the last couple of weeks, the odds flip-flopped with Kotsur. Heading into the Oscars, Smit-McPhee is now +300 odds as the second favorite on the board chasing Kotsur at -500 odds.

Jane Campion opened as the betting favorite at -750 odds to win Best Director with “The Power of the Dog”, which is a western set in Montana in the 1920s. But, right now she’s a humongous favorite at-3500 odds. She was previously nominated in 1994 for “The Paino”, but did not win Best Director that year.

“The Power of the Dog” earned 12 nominations this year, or more than any other film. Campion is also nominated for Best Adapted Screenplay.

If you ask Questlove, he’d say he would be the last musician on Earth that would win an award at the Oscars for best directing. Of course, in this instance, he’s getting accolades for his sensational work as a documentary filmmaker with “Summer of Soul (… Or, When the Revolution Could Not Be Televised)”, which documents the Harlem Cultural Festival in 1969.

You can back “Summer of Soul” and Questlove at -350 odds to win Best Documentary Feature.

For nearly 50 years, the footage went untouched before Questlove spliced it together as a documentary that’s part concert film and part history lesson. “Summer of Soul” features amazing performances from Nina Simone, Sly and the Family Stone, Stevie Wonder, The 5th Dimension, The Staple Singers, and Gladys Knight and the Pips.

Paul Thomas Anderson seeks his third writing victory at the Oscars, and a second in the Best Original Screenplay category. “Licorice Pizza” is a 1970s period piece about a child actor growing up in the Valley, but it’s also another love letter from PTA to the Valley. Anderson saw his Best Original Screenplay odds slip a bit from -165 a couple of weeks ago to -110 right now.

Kenneth Branagh wrote and directed “Belfast”, which is his personal coming of age story set amidst The Troubles in Northern Ireland in the late 1960s. He saw his odds improve from +160 to +110.

Best Adapted Screenplay: The Power of the Dog

“CODA” opened as the second favorite on the betting board at +650 odds, but now it’s the betting favorite at -200 odds to win Best Adapted Screenplay. “CODA” is a compelling story about an aspiring singer with two hearing impaired parents from small fishing village in New England, but she struggles to make a decision to leave her parents behind or pursue her dream. It’s based on a French film titled “La Famille Belier” from 2014.

“The Power of the Dog” — based on a western novel by Thomas Savage — was the initial betting favorite at -500 odds to win Best Adapted Screenplay, but its odds slipped to +150.

There’s some stellar source material this year in this category. “Drive My Car” is based on a short story from Haruki Murakami, who is known as Japan’s greatest living novelist and writer. Frank Herbert’s sci-fi novel “Dune” originally failed as a motion picture back in the 1980s, but Hollywood hit a home run with their second attempt. “The Lost Daughter” was directed by Maggie Gyllenhaal, who also penned the screenplay based on Elena Ferrante’s novel.

Check out more coverage of the 2022 Oscars.