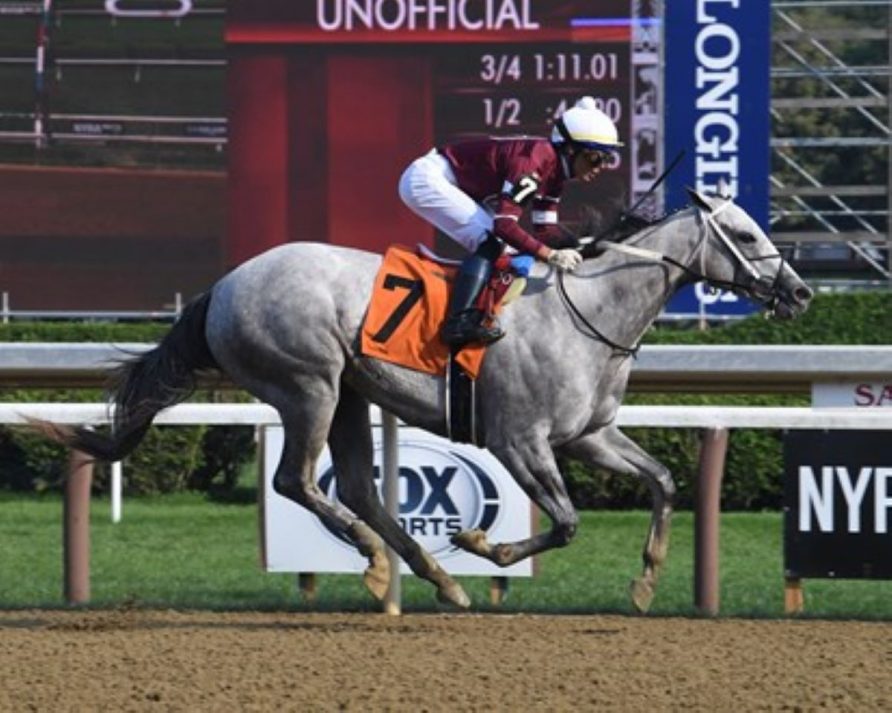 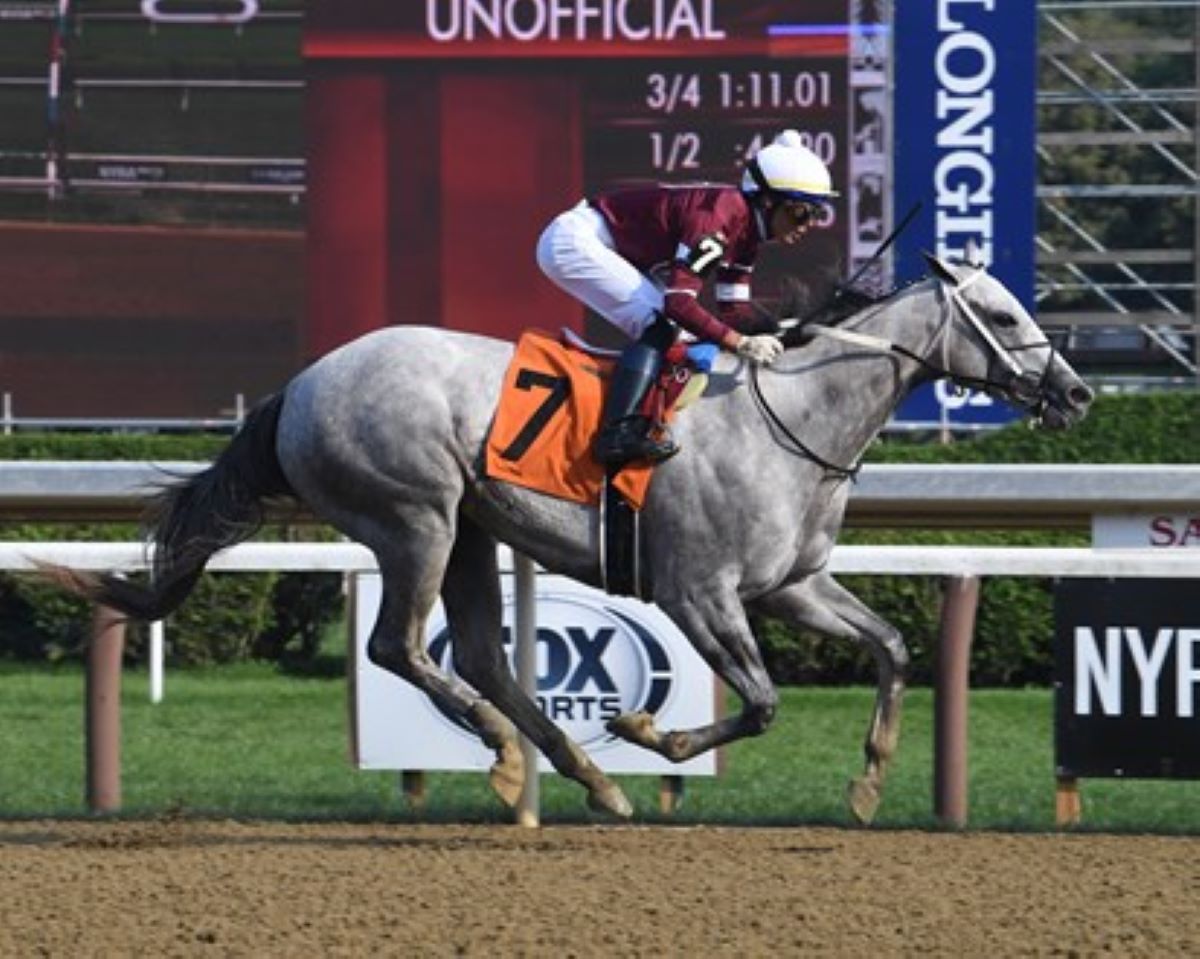 After this Grade 2 victory in the Adirondack last summer, Wicked Halo brings in the most impressive resume of any Cross Country Pick 5 competitor this week. (Image: NYRA Photo/Janet Garaguso)

That Asmussen filly is Wicked Halo, who – on paper – is the one to beat in the final leg of the weekly Cross Country Pick 5. That’s the Purple Martin, a six-furlong sprint for sophomore fillies at Oaklawn Park. Wicked Halo is 2-for-4, with her signature win to date last year’s 3 ½-length score in the Grade 2 Adirondack at Saratoga.

The only time Wicked Halo missed the board came last out, in February’s Black-Type Dixie Bell Stakes at Oaklawn. The daughter of Gun Runner finished fourth to Happy Soul. Awaiting Wicked Halo are familiar names from that Dixie Belle: Verylittlecents and Hypersport, who went 2-3 in that race. Another option is Grade 3 Schuylerville winner Pretty Birdie.

Getting to that point begins at Tampa Bay Downs for the first race in the sequence. That’s a starter handicap going 11 furlongs on the turf. El Pillo is the top candidate to conquer this 4-and-up field of grass runners. He comes in off a 1 1/8-mile half-length victory in a starter allowance at Tampa Bay Downs that produced a career-best 96 Equibase Speed Figure.

Impressive closer Isaias Dream counters with a 2-for-3 streak punctuated by a strong come-from-behind victory in a Feb. 4 allowance. Isaias Dream conjured up a 5 ½-length victory, rallying after entering the stretch in fourth.

Another 11-furlong race awaits bettors in the second leg. That’s the Stud Muffin from Aqueduct, which is part of the New York Claiming Championship card. Blewitt and his eight wins leads the 12-horse field. He comes in off a one-length claiming victory at Aqueduct earlier this month. Others to watch include Bar Fourteen, coming in off an eight-length dissection in a claiming race, nine-time winner Original Intent and stakes-placed Roman Empire.

The middle leg heads to Oaklawn for a nine-furlong starter allowance for older horses. The ones to watch here are Karl Broberg’s Hunka Burning Love and Fort Peck. A son of top sire Into Mischief, Hunka Burning Love captured a $30,000 claimer last out. Fort Peck lost that race by a nose, but comes in with new owner and new trainer Jason Barkley.

This Cross Country Pick 5’s penultimate leg heads back to Aqueduct for the Dads Cap, a seven-furlong sprint for older horses. That 14-horse field features Winning Drive making his first start for new trainer Rob Atras after his one-length victory in an $8,000 claimer. No Salt will try improving on his third against stakes winner Tiergan and second against recent Haynesfield winner Water’s Edge.

The minimum bet for the Cross Country Pick 5 is 50 cents and the wager is available on ADW platforms and simulcast facilities. The 15% takeout bet offers a mandatory payout of the net pool.