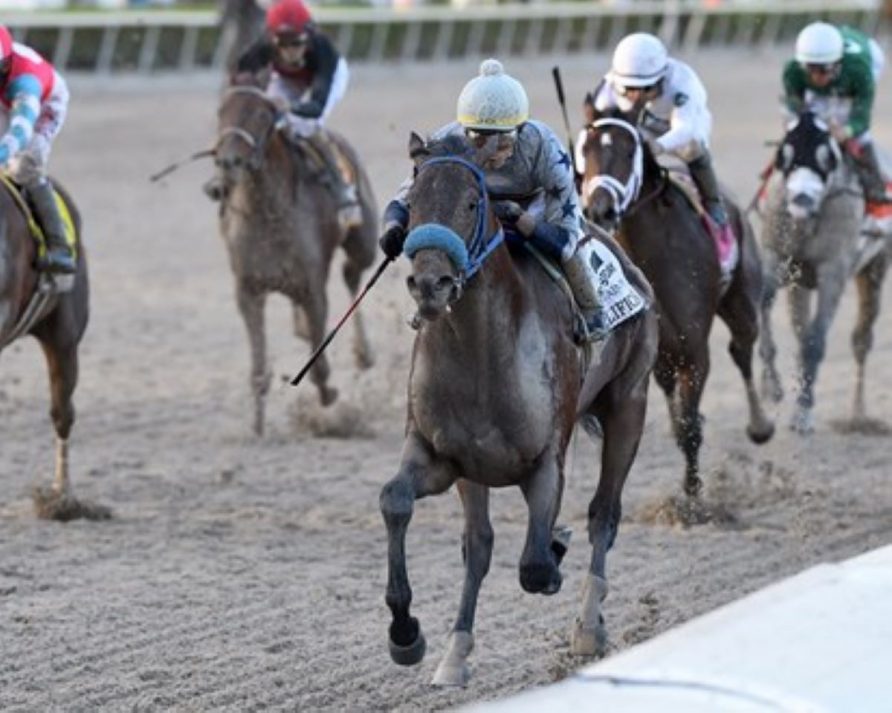 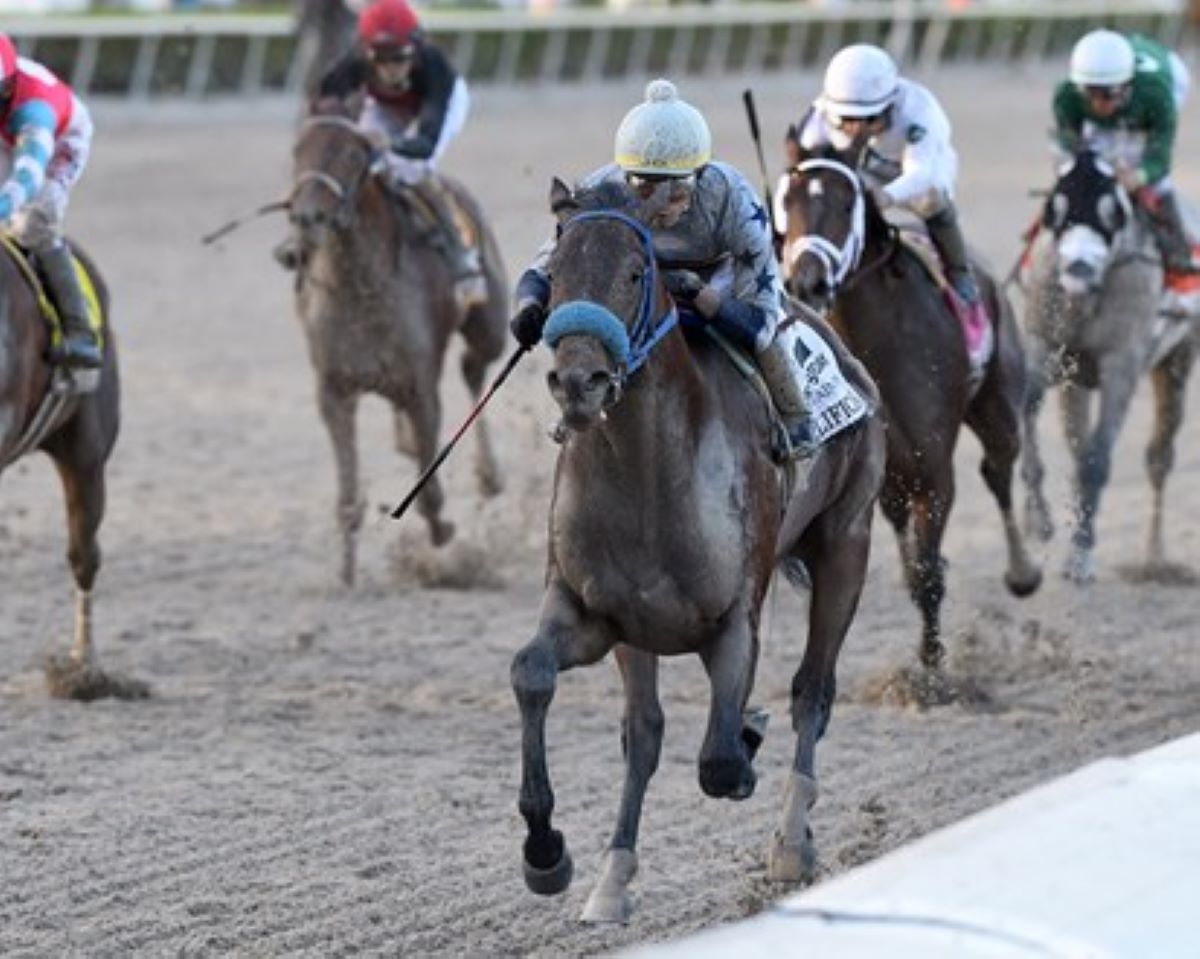 Simplification rolled past his rivals in the Grade 2 Fountain of Youth last month. He is the 5/2 morning line favorite for Saturday’s Grade 1 Florida Derby. (Image: Coglianese Photos/Ryan Thompson)

The Florida Derby is the featured race on Gulfstream’s 14-race/10-stakes Saturday card. That card comes with a Late Pick 4 and Late Pick 5, both guaranteed for $750,000.

Who is the King of Florida 3-year-olds?

And why the Florida Derby is a marquee race on the Kentucky Derby trail, Part the Third: This year’s 71st event will decide who is the dominant Florida 3-year-old. It’s a crowded, contentious field, complete with the types of horses who win this event – and who win recent Derbies. Those are early-speed-possessing and stalkers, horses who stay on or near the lead throughout.

Instead, Lynch audibled, keeping the Giant’s Causeway product in Florida. Not only does that spare him the possible rain at Keeneland, but it keeps Classic Causeway in a race where his front-running style can thrive. He front-ran to a 2 ½-length victory in the Tampa Bay Derby. The only time Classic Causeway got beat came when he ran off the pace in the Grade 2 Kentucky Jockey Club last November and finished second to Smile Happy.

White Abarrio took a roller coaster into the Florida Derby

If the pace gets too hot and Classic Causeway falters, plenty of options exist, starting with 3/1 second choice White Abarrio. We last saw the Race Day progeny wiping the floor with his rivals in the Grade 3 Holy Bull. That 4 ½-length victory came via a perfect stalking trip that overpowered the field. Because White Abarrio missed a couple workouts before that race, trainer Saffie Joseph Jr. passed the Fountain of Youth, opting to train up to the Florida Derby.

Like Classic Causeway, White Abarrio’s only blip in four races was that Kentucky Jockey Club. He finished third.

“All his works had gotten better and better. But things never seem to go the way you want them to, and we got a curveball thrown at us,” said Joseph, referring to a recent fever that altered White Abarrio’s training schedule. “We’ll hope he shows up in the race. If he does, I think he’s as good as any of the horses.”

Simplification out for revenge

That includes the 5/2 morning-line favorite: Simplification. White Abarrio already beat him in that Holy Bull, taking advantage of Simplification’s poor start that negated his pace-setting style. Yet, Simplification nearly overcame that poor start, rallying from seventh to finish second.

Simplification merely took out his frustration in the Fountain of Youth, once again rallying from seventh. Only this time, the rally brought a 3 ½-length victory. That showed his versatile style, complimenting his front-running score in the Mucho Macho Man on New Year’s Day. Simplification is 3-for-6, with all six of his races at Gulfstream. The Florida-bred horse is already in the Derby, courtesy of that Fountain of Youth victory.

The wild-card here could be Charge It (7/2). He comes in off an 8 ½-length destruction of a Gulfstream maiden field Feb. 12. The son of Tapit clocked a 93 Beyer Speed Figure, a 10-point boost from his photo-finish loss in his debut. He too, has the front-running, pressing style that thrives in this race.

He also has Hall of Fame trainer Todd Pletcher pulling the strings. Pletcher owns six Florida Derby titles, with two of those: Constitution (2014) and Materiality (2015) coming in their third starts. This is Charge It’s third start.