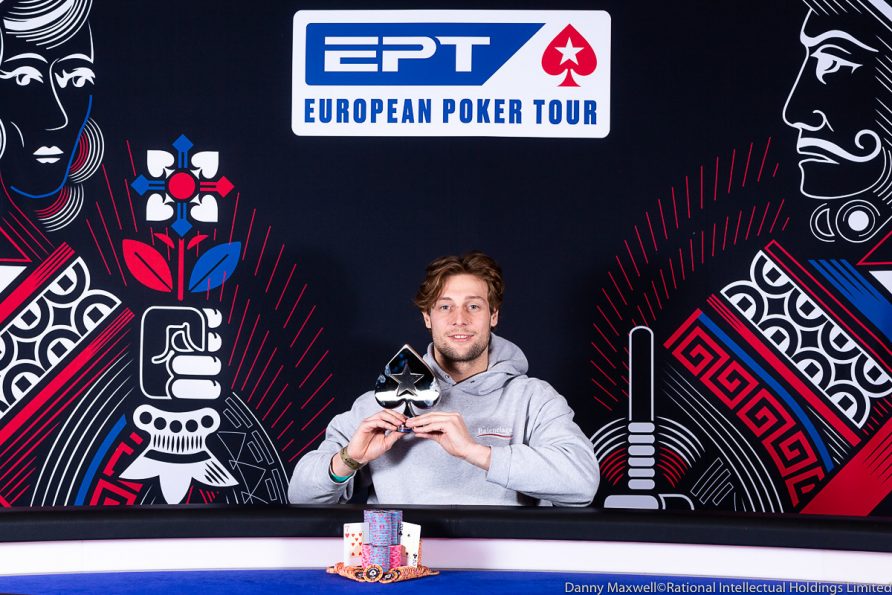 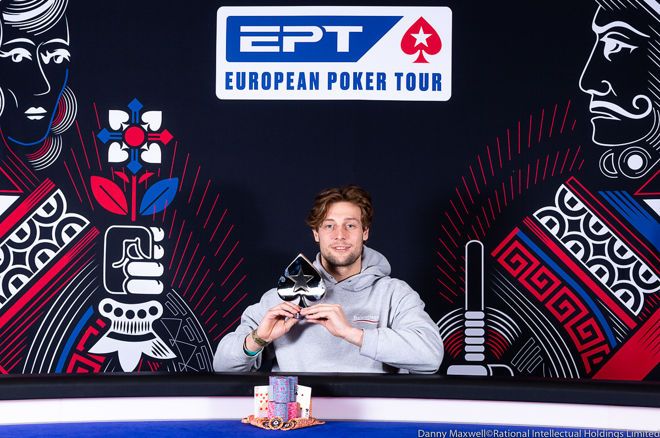 The €25,000 Single-Day High Roller of the PokerStars European Poker Tour (EPT) Prague has come to an end after a full day of play. Some 35 entries generated a prizepool of €840,350 which was split up amongst the top six finishers.

Finishing on top of all entries at the end of the late-night was Teun Mulder of the Netherlands who captured his first EPT Spadie trophy and the top prize of €250,928 following an ICM deal. Runner-up Juan Pardo took home €232,272 but was denied his fourth EPT title.

This victory is the best live poker score of Mulder’s career and adds a nice chunk to his career winnings, to edge above $800,000 in total. Mulder gained the chip lead midway through the day and became a real factor heading into the final table as chip leader.

The day began three hours later than scheduled, with play starting around 3:30 p.m. CET with ten entries. The field would steadily grow with new faces and re-entries as the day progressed.

Among those entries were Tony G and Leon Tsoukernik who would both enter the fray at the last possible moment. Neither player would last very long as they could not spin their stacks up beyond starting and were quickly eliminated.

Action would slow down when the unofficial final table of nine was reached. However, a double-elimination sent Chris Brewer and Sirzat Hissou both out the door in the same hand by Mulder. The money bubble was breached shortly after that. Thomas Muehloecker was also dismissed by Mulder to bring the field down to six.

Nick Petrangelo was the first elimination within the money when he went out in sixth place after a lengthy segment of six-handed play. Tthe short-stacked Ole Schemion followed him out the door in fifth place.

Zhuang Ruan finished in fourth place as Pardo took him out. Leonard Maue then went out in third place after he had had the chip lead at different parts in the middle of the day.

The heads-up battle between Mulder and Pardo would then commence with Pardo holding a 2:1 lead. Pardo pulled away in the early stages as he looked to win yet another EPT title but Mulder would take over the reins in a key hand where he got called with a flush. He would extend the lead from there before Pardo reeled it back slightly before the ICM deal was discussed and agreed upon. The event wrapped things up in the wee hours of the morning after about 13 hours of play.

Enjoy EPT Prague With a $600 Bonus