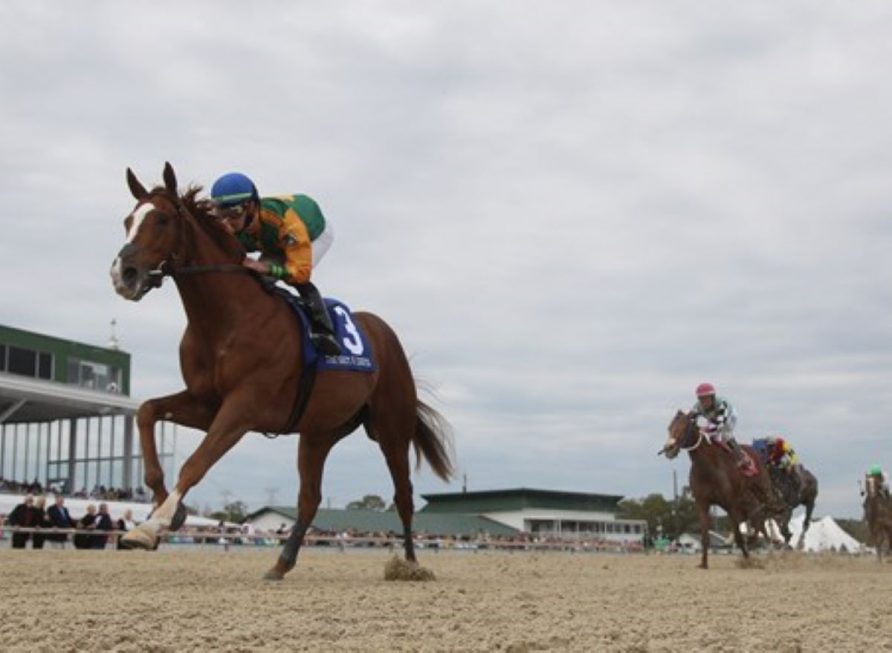 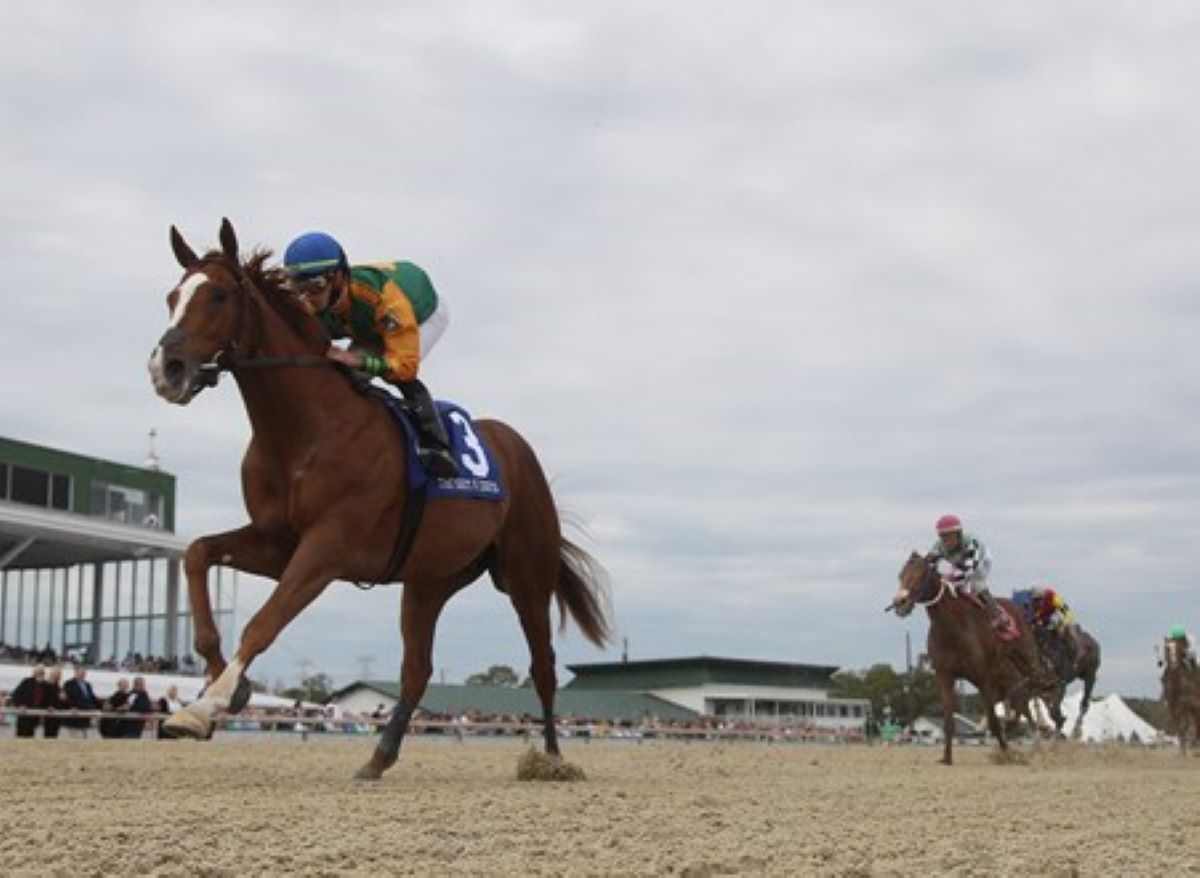 Classic Causeway’s easy victory in the Sam F. Davis makes him the one bettors figure to key in the Tampa Bay Derby. That’s the penultimate leg to this week’s Cross Country Pick 5. (Image: Spencer Tulis/SV Photography)

The Tampa Bay Derby is the fourth leg of the five-leg pick and eyes gravitate to Classic Causeway. The Sam F. Davis winner is 11th on the Kentucky Derby points ladder with 11 points and will clinch a spot with a victory. He could grab one with a runner-up finish as well, depending where the point cut-off for the 20-horse field winds up.

Waiting for Classic Causeway is the runner-up from that Sam F. Davis, Shipsational, along with Major General and Giant Game. Major General won the first race on the Derby trail: last year’s Grade 3 Iroquois. Giant Game finished third in the Breeders’ Cup Juvenile before slumping to a dismal eighth in the Holy Bull.

Heaven Street could be profitable avenue

The second leg stays at Tampa Bay Downs, where eight 3-year-olds trek one mile on the turf in the ungraded Columbia Stakes. Christophe Clement’s Heaven Street figures to take money despite his 12th in the Grade 2 Bourbon Stakes at Keeneland. He did finish third in a Woodbine stakes.

Aqueduct takes the third leg of the Cross Country Pick 5 with the ungraded Correction Stakes. Kept Waiting is the likely favorite. The 5-year-old mare won her last three starts by a combined 18 ½ lengths. She comes in off a win in the Aqueduct slop Feb. 13 in the Broadway against New York-breds.

Waiting for Kept Waiting is Club Car, who finished second in three of her last four races: all stakes. That includes a runner-up finish to standout mare Bell’s the One in the Grade 2 Thoroughbred Club of America last October at Keeneland. Club Car finished second to Bell’s the One a month later in the Dream Supreme at Churchill Downs.

Ce Ce comes in off a second to Merneith in the Grade 2 Santa Monica Stakes at Santa Anita last month. And should you want to spread here, there’s Grade 3 winners Pauline’s Pearl and Lady Mystify.

The Cross Country Pick 5 carries a 50 cent minimum. The wager is available on ADW platforms and simulcast centers around the country. It features a 15% takeout and mandatory payout of the net pool.

Free Equibase past performances are available at https://www.nyra.com/aqueduct/tracing/cross-country-wagers.