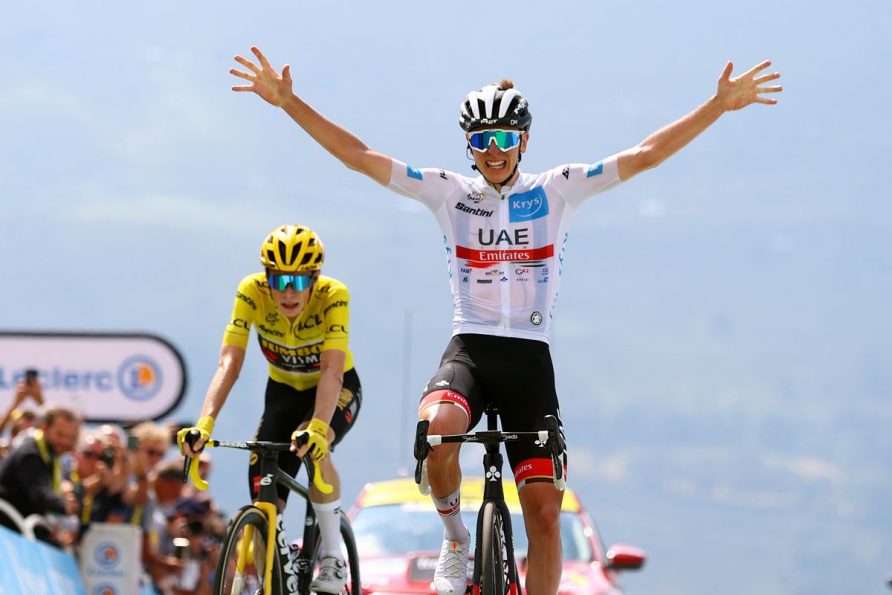 Tadej Pogacar (UAE Team Emirates) won his third stage of the 2022 Tour de France during a brutal ascent of Peyragudes, but the two-time defending champion only gained four seconds on Le Tour leader Jonas Vingegaard (Jumbo-Visma) in Stage 17 in the Pyrenees Mountains. 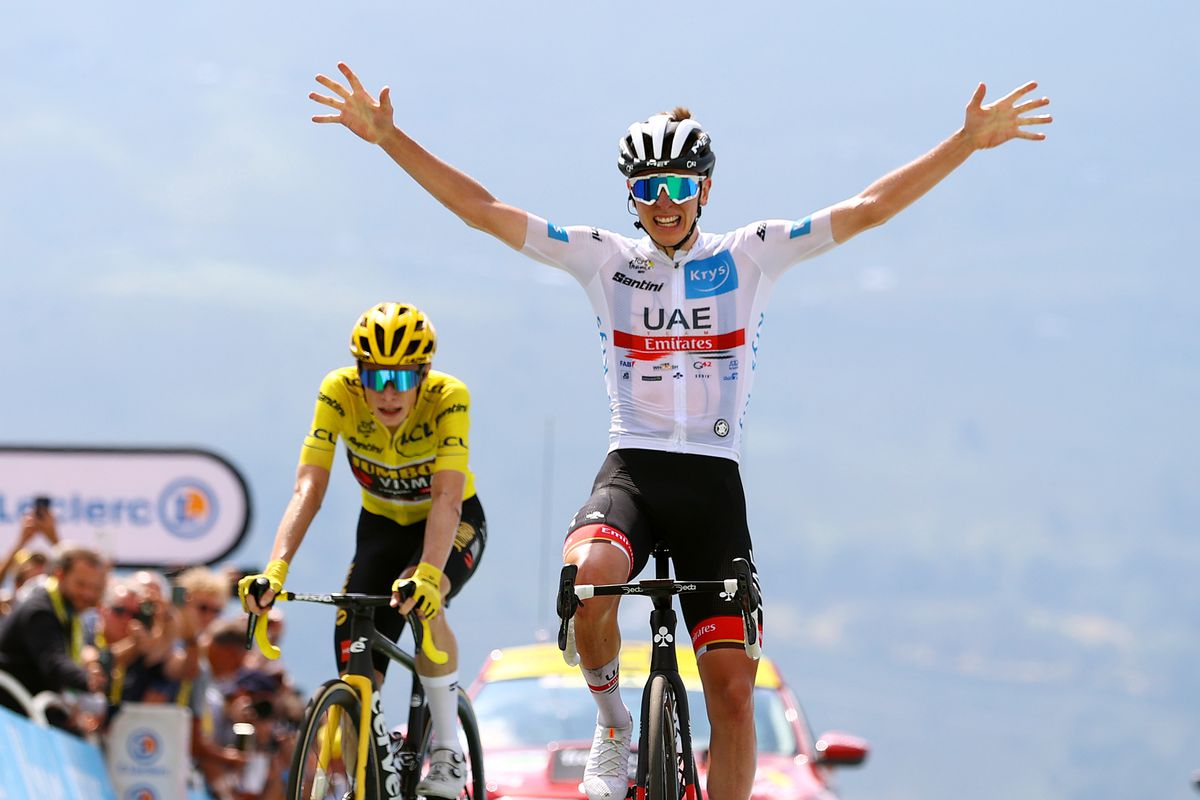 Tadej Pogacar from UAE Team Emirates edges out Jonas Vingegaard from Jumbo-Visma at the finish line of Stage 17 at Peyragudes. (Image: Getty)

Vingegaard defended his yellow jersey, and still holds a 2:18 lead over Pogacar despite the time bonus awarded to the Stage 17 winner. Everyone expected fireworks in the stage, but Pogacar could not shake Vingegaard.

Pogacar began the day with a bit of bad news because UAE Team Emirates lost another rider when Rafa Majka dropped out of Le Tour due to injuries. They’re down to four, which is troubling because they were unable to take advantage of Jumbo-Visma losing two strong climbers on Sunday in Stage 15.

The last time a winning team finished with only four in the saddle in Paris was during the 1989 Tour de France when Greg LeMond won the yellow jersey for AD Renting–W-Cup–Bottecchia.

🥵 A summit battle between 👶 and 💛 saw Slovenian 🇸🇮 @TamauPogi come out on top!

Brandon McNulty, an American teammate of Pogacar on UAE Team Emirates, had a sensational performance as a super domestique in Stage 17. McNulty helped the pack chase down the breakaway before dropping the other GC contenders with a torrid pace on the ascent on the penultimate climb at Val Louron. McNulty dropped everyone on the mountain except for Pogacar and Vingegaard.

“Brandon did an amazing job, he was so good today,” said Pogacar. “He’s been good all Tour, but a special mention goes to him.”

As soon as the leading trio reached the summit of Val Louron, Pogacar attacked with 20 km to go. He looked to gain separation from Vingegaard on the downhill. However, Vingegaard stayed on his wheel.

“Pogacar came with some good attacks today,” said Vingegaard. “I had to be ready and had to fight. I’m happy I could stay with him. He’s explosive on the uphill, but I’m satisfied with how it went.”

Once they reached the airport perimeter, the road took on an insane 16% gradient. Vingegaard attacked in the final kilometer, but Pogacar stayed with him. Vingegaard surged ahead on the uphill runway, but he ran out of gas when Pogacar accelerated and he couldn’t counter. Pogacar won Stage 17, yet only shaved off four seconds.

“Tomorrow is a harder day, and we can try again tomorrow,” said Pogacar.

On the final ascent, everyone wondered when Pogacar would make his move, but it never happened. Legendary broadcaster Phil Liggett was baffled after Pogacar failed to launch a devastating attack in the Pyrenees. After 17 stages, Pogacar lacked the legs to make a big move, and he’ll have to try again tomorrow.

It’s do or die for Pogacar at Hautacam in the Pyrenees. Stage 18  from Lourdes to Hautacam is his last chance to cut significant time off his deficit before the individual time trial on Saturday in Stage 20. At the same time, if Vingegaard can stick with Pogacar and minimize any damage, he’ll put himself in an excellent position to win the 2022 Tour de France and deny Pogacar a three-peat.

This year’s tour will be won or lost during two punishing and challenging HC (beyond categorized) ascents at Col d’Aubisque and Hautacam. There’s also a grueling Category 1 climb to the summit of Col de Spandelles sandwiched between the HC ascents.

Oddsmakers haven’t posted lines yet for Stage 18, but expect Pogacar to be installed as the betting favorite with Vingegaard not far behind him.

“We will see tomorrow if he has any weaknesses,” said Pogacar.

There was no change in the top five in the overall GC standings, but Vingegaard and Pogacar gained two-plus minutes on their closest competitors. Geraint Thomas finished in fourth place in Stage 17, but lost over two minutes. Thomas is 4:56 back in third place. At this juncture, Thomas and Ineos will focus on making sure he maintains his lock on third place.

Vingegaard is now -700 odds to win the Tour de France, so it’s his to lose. The bookies lost faith in Pogacar after a lackluster Stage 17, and he’s now +500 odds to pull off a three-peat.

Check out OG’s coverage of the 2022 Tour de France.