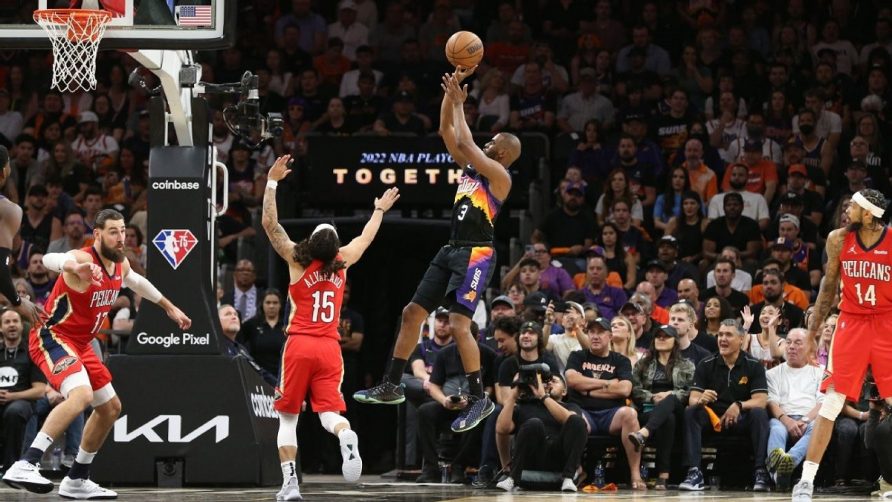 After the 2022 NBA Playoffs began three days, there’s already some movement in the futures market with some teams playing two games already. However, the Phoenix Suns are the consensus betting favorite at +200 odds to win the 2022 NBA championship, followed by the defending champion Milwaukee Bucks at +475 odds, the Golden State Warriors at +650, and the Boston Celtics at +750 odds. 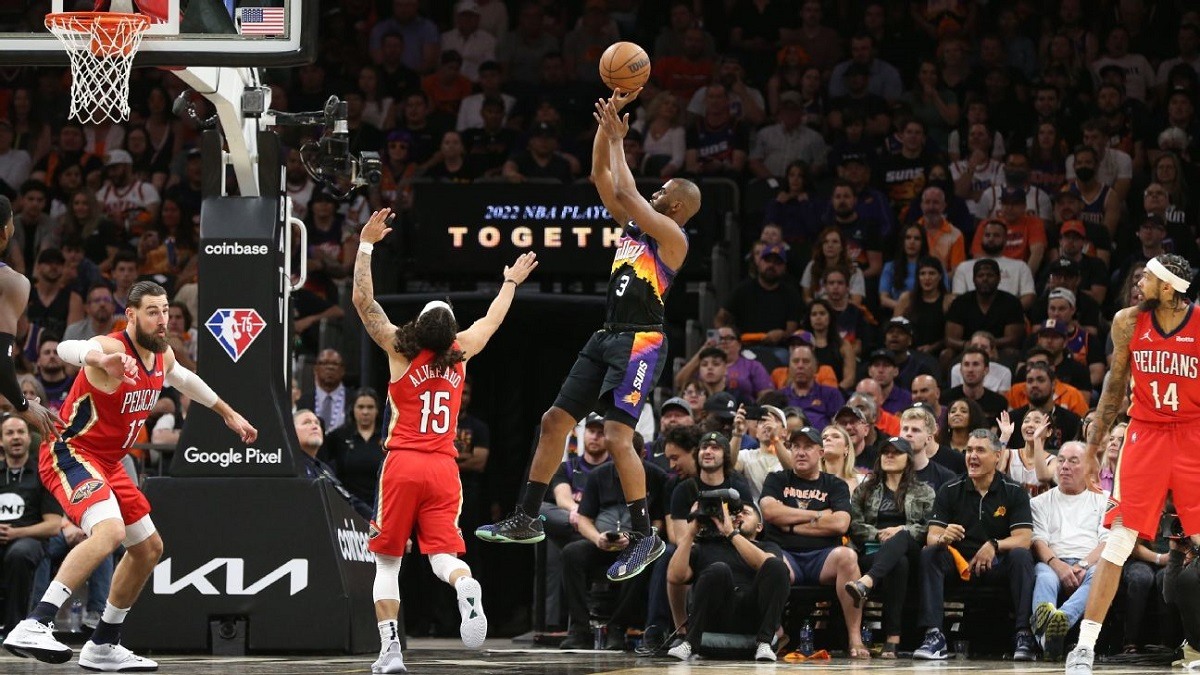 If you follow the money, the public is banking on another NBA Finals between the Bucks and Suns. The Bucks are on a mission to win back-to-back titles, while Chris Paul and the Suns are trying to win their first together as a unit.

Between 2015 and 2018, the Golden State Warriors and Cleveland Cavs played each other four times in a row with the Warriors winning three titles and LeBron and the Cavs snagging just one in 2016.

After an easy Game 1 against the New Orleans Pelicans, the Suns jumped out to a 1-0 series lead and now just need 15 more victories to win the championship. At this point, you should jump on the Suns at +200 before their championship odds start shrinking with every victory.

It’s much easier to win consecutive NBA titles compared to championships in the other major sports leagues like the NFL, MLB, and NHL. At times, the Bucks look even stronger than last year’s squad, but the Eastern Conference has a couple of better teams than last year at this time.

After missing the last couple of weeks of the season with a foot injury, Steph Curry returned to the Warriors for the postseason. However, he’s been coming off the bench and playing reduced minutes as a precautionary measure. Even with Curry off the bench, they looked great after taking a 2-0 series lead against the Denver Nuggets. The DEFON 5 lineup with Curry, Klay Thompson, Jordan Poole, Draymond Green, and Andrew Wiggins has been lethal during their limited time on the court together.

The Celtics drew one of the toughest #7 seeds in the history of the NBA playoffs, but they started out on a positive note with a Game 1 victory thanks to a Jayson Tatum buzzer beater. They still have a tough battle ahead of them, yet the Celtics are favorites at -220 odds to knock out the Nets and win their first-round series.

There’s just no respect from bettors for the #1 seed Miami Heat, and that’s what they want. The Heat offer the best odds right now at +1000 to win the championship because the public has their eyes elsewhere.

The Nets are the highest team on the futures board that has yet to win a playoff game. Despite the 0-1 hole, the Nets are +180 odds to storm back and win the first-round series against the Celtics. Hey, if Tatum doesn’t pull off a sick buzzer-beater, the numbers are flipped in this series. There’s also rumblings that Ben Simmons could make his debut with the Nets as early as Game 3 when the series shifts to Brooklyn.

The 76ers jumped out to an impressive 2-0 series lead over the banged-up Toronto Raptors. The Raptors missed rookie Scottie Barnes (sprained ankle) in Game 2 and let another game slip away. We’ll see how good the 76ers are in the next round presumably against the top-seeded Heat.

The Grizzlies were the second-best team in the NBA this season and earned the #2 seed in the Western Conference. No one was more surprised at the Game 1 loss against the #7 Timberwolves than the Grizzlies themselves. Sometimes you have to get punch in the mouth hard before you hunker down and win a fight. The Grizzlies are the series favorite at -125 odds despite trailing 0-1, and they saw their over championship odds dip after the first loss.

The Jazz are a team that’s ready to be broken up, but they caught a break with Luka Doncic’s injury. Before the injury, I would’ve said that the Jazz were a disjointed team should get swept in the first round. But after the injury, the Jazz had a fighting chance. They looked okay in the Game 1 victory, but they looked awful in a loss in Game 2.

Luka Doncic missed the first two games of the playoffs with a calf strain, but the Dallas Mavs were able to secure a split with a big win last night against the Utah Jazz. The Mavs hoped Doncic can return later this week for Game 3 in Utah.