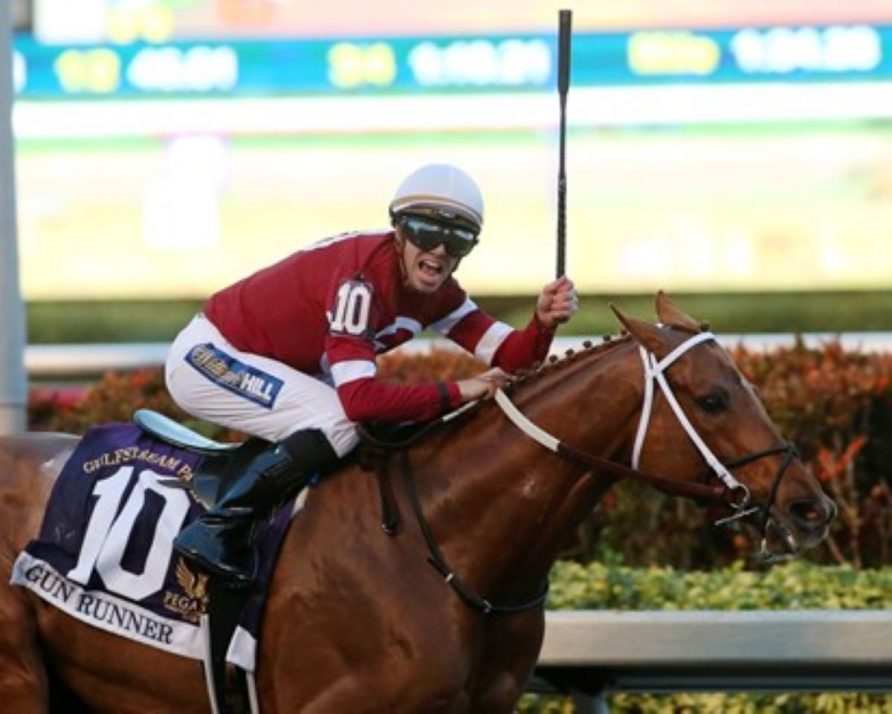 Like any rock star worth his paycheck, Gun Runner is taking his act on the road. The leading second-crop sire in North America will breed a limited number of Southern Hemisphere mares during the Down Under breeding season. 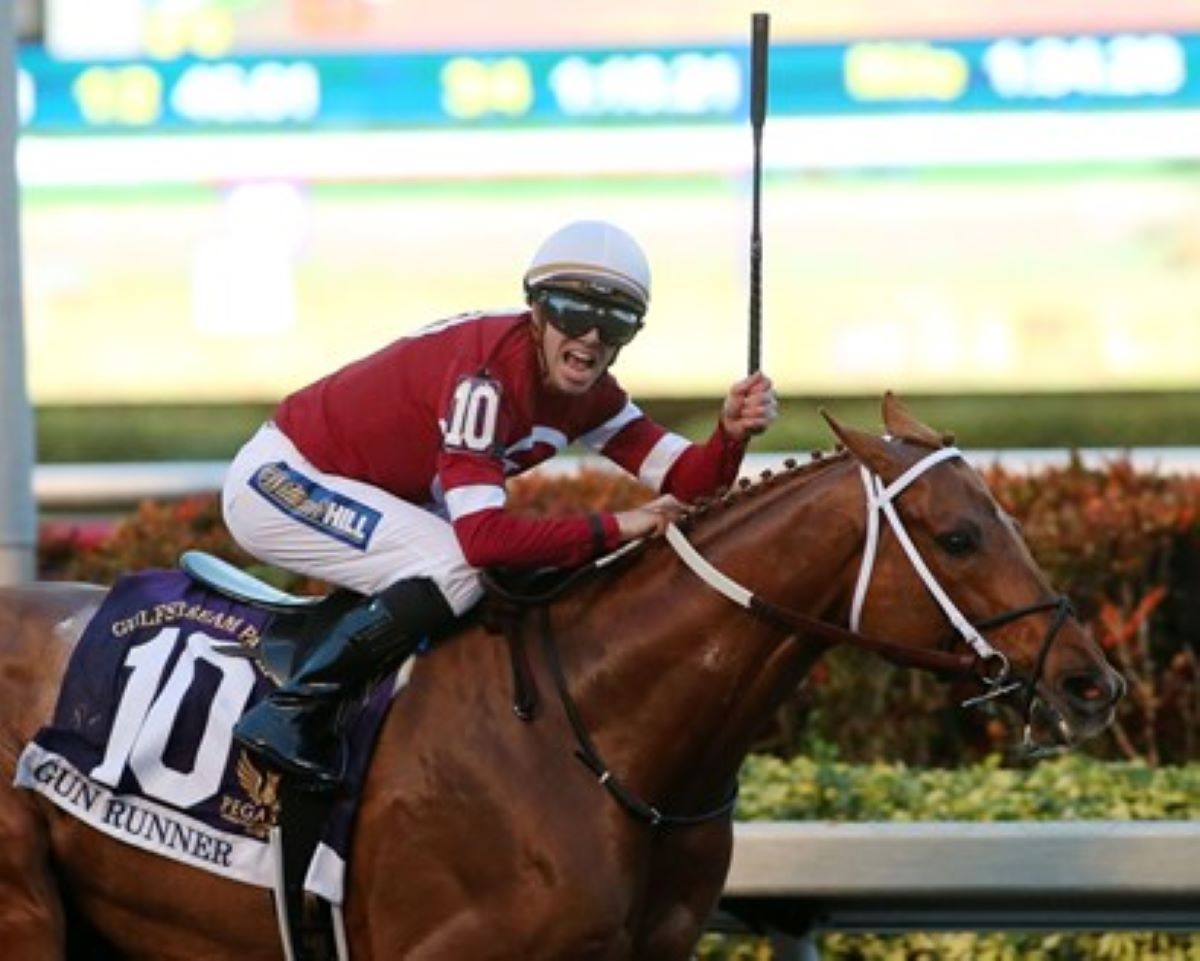 Gun Runner has made his progeny’s connections smile like Florent Geroux did as they won the horse’s final race: the 2018 Pegasus World Cup. Gun Runner is the top first- and second-crop sire in terms of North American earnings. The 9-year-old horse will cover a select number of mares during the Southern Hemisphere breeding season. (Image: Coglianese Photos/Zoe Metz)

“The decision to make the stallion available to cover Southern Hemisphere time is two-fold: firstly, there have been a lot of inquiries about him and we have some matings booked already,” he told TDN. “Secondly, on a limited basis, we want to try to introduce him into the market because we believe he has all the potential to be a successful Southern Hemisphere (sire) as well.”

Based on Gun Runner’s North America record to date, there’s more than potential there. Despite siring only two crops of racing age, Gun Runner is already an elite, in-demand stallion.

Last year, he set the North American record for freshman sire earnings: $4,278,640. Gun Runner progeny rolled up 30 victories in 2021, tops among all first-crop stallions. He already has one Champion in the line: Echo Zulu, who won the Eclipse Award for Top 2-Year-Old Filly. She won three Grade 1 races: the Spinaway, Frizette and Breeders’ Cup Juvenile Fillies.

Gun Runner is the son of noted Argentinian stallion Candy Ride. He is out of the Giant’s Causeway mare Quiet Giant, who won the Grade 3 Molly Pitcher.

As a runner, Gun Runner set a high bar for his offspring. He won 12 of 19 races, hitting the board five other times (three runners-up, two thirds) and racked up $15,988,500 in career earnings.

Between June 2017 and his last race in January 2018, Gun Runner won five Grade 1s: the Stephen Foster, Whitney, Woodward, Breeders’ Cup Classic and Pegasus World Cup Invitational. His average Equibase Speed Figure in that career-ending string was 128.8. As a 4-year-old in 2017, Gun Runner went 5-for-6. The lone blemish: a second in the Dubai World Cup.

In his 3-year-old season in 2016, Gun Runner won two Kentucky Derby preps: the Risen Star and Louisiana Derby. He finished third in that year’s Derby to Nyquist and Exaggerator.

“He has a great pedigree and he himself was a magnificent racehorse who had very few limits,” Cauthen told TDN. “He could come from off the pace, he had determination and he had speed.”