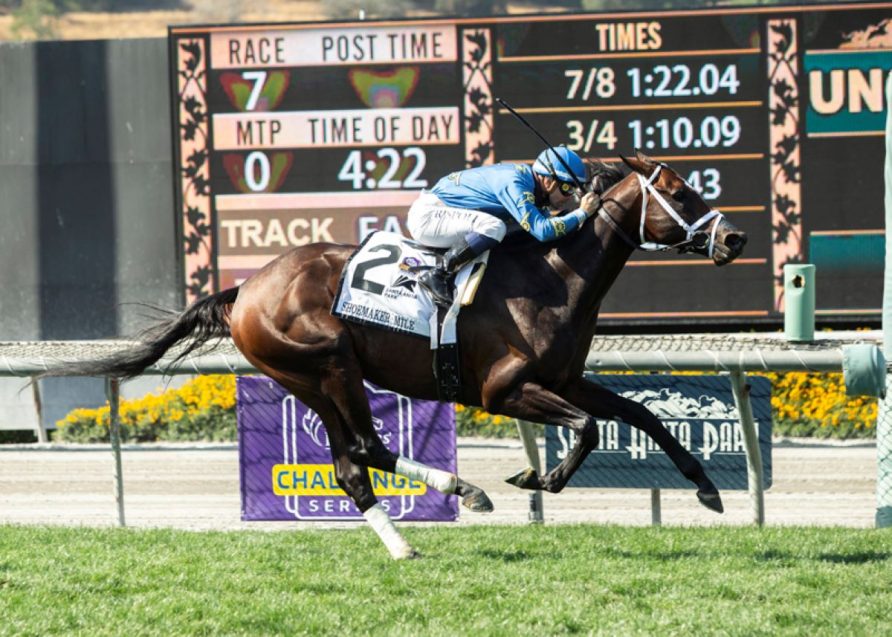 Smooth Like Strait ventured outside his California barn once last year: for the Grade 1 Turf Classic on the Kentucky Derby undercard. He ventures forth again for Friday’s Grade 1 Maker’s Mark Mile at Keeneland, the featured race on that track’s Good Friday card. 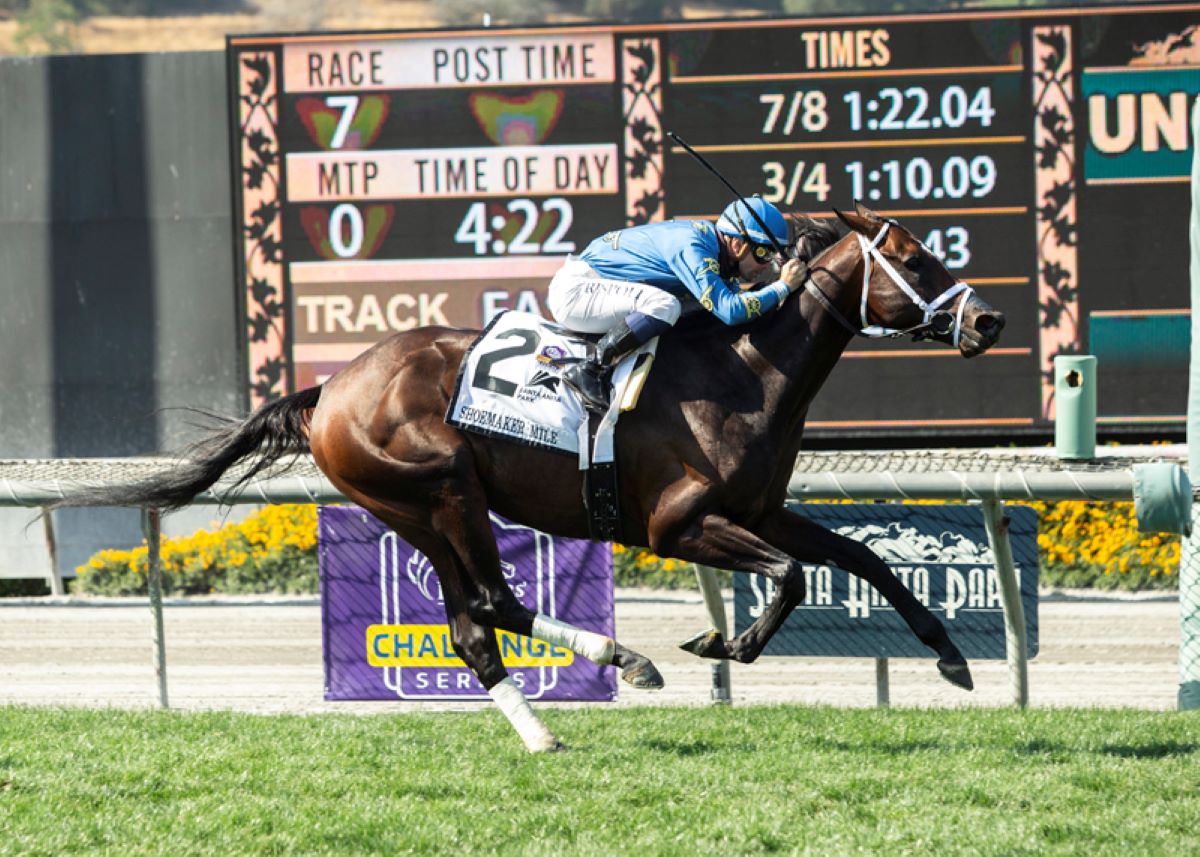 Smooth Like Strait won the Grade 1 Shoemaker Mile for his only 2021 victory. He is the favorite for Friday’s Grade 1 Maker’s Mark Mile at Keeneland. (Image: Benoit Photo)

And according to his trainer, Mike McCarthy, this is a test of sorts for Smooth Like Strait’s next outing.

It’s not like Smooth Like Strait — the 2/1 morning line favorite for the Maker’s Mark Mile — embarrassed himself in last year’s Turf Classic. He finished third by a neck behind Colonel Liam and Domestic Spending, who finished in a dead-heat.

Then again, Smooth Like Strait doesn’t embarrass himself period. He hasn’t finished off the board in his last 10 races, dating to a fourth in the American Turf Stakes at Churchill Downs in September 2020. He hasn’t

Smooth Like Strait puts himself regularly in the mix

The 5-year-old son of Midnight Lute is 3-6-1 in those 10 races — all of them graded stakes. Last year, Smooth Like Strait went 1-5-1 in seven races. Every loss came by a half-length or less.

The victory as the 7/10 favorite came in the Grade 1 Shoemaker Mile at Santa Anita Park last May. That gave Smooth Like Strait his seventh career victory in 19 starts. Add in the more than $1.4 million in earnings and you get a solid, gritty turf runner due for another victory — if he doesn’t go out too quickly.

We saw that caveat play out in his last start: the Breeders’ Cup Mile. Smooth Like Strait commanded the Del Mar turf for seven-plus of the eight furlongs. But he couldn’t hold off a hard-charging Space Blues, who caught him inside of the final furlong and pulled away for a half-length win.

“Weather is a concern. I can’t say I am crazy about participating on a soft turf course,” he said. mindful of thunderstorms pelting the Lexington area mid-week.

Smooth Like Strait finished fourth in his lone start on a less-than-firm course: the 2019 Eddie Logan Stakes at Santa Anita.