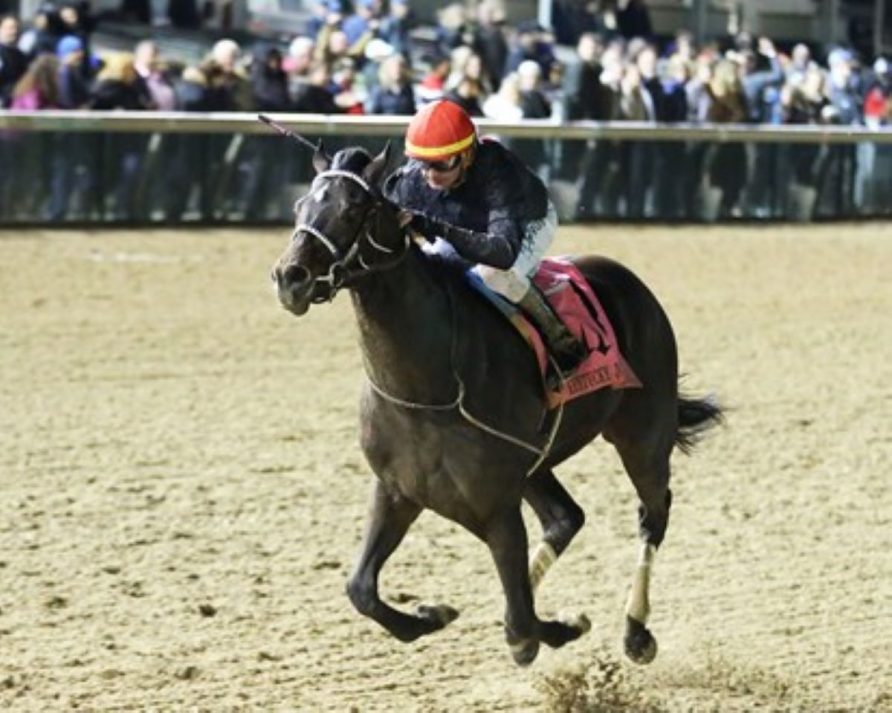 Keeneland’s stop on the Kentucky Derby trail, the Blue Grass Stakes, headlines opening weekend at the Lexington, KY. track. But this edition of Saturday’s 1 1/8-mile Derby prep does so with a renewed prestige boost. 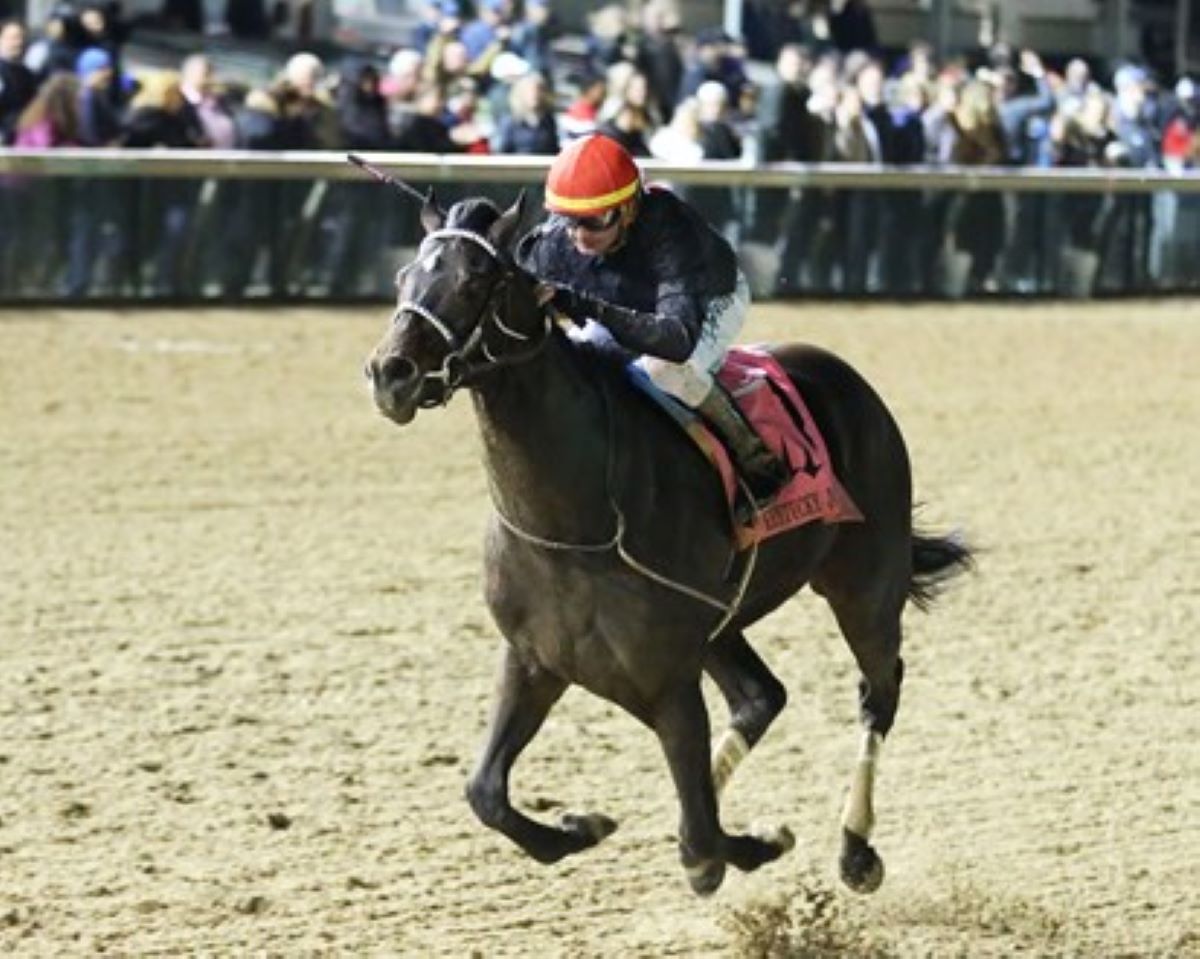 Smile Happy is the 9/5 favorite in a 12-horse Blue Grass Stakes field. He has two wins and a second in three races. (Image: Coady Photography)

The Blue Grass regained that status this year, putting it with the Santa Anita Derby, Florida Derby and Arkansas Derby at the class pinnacle of Derby preps. And why not? After all, the Blue Grass Stakes sent 23 alums to the Churchill Downs’ winner’s circle come Derby Day.

That includes the likes of Thunder Gulch, Strike the Gold, Unbridled, Alysheba, Spectacular Bid, Riva Ridge, Northern Dancer and Whirlaway, among others. Last year’s winner, Essential Quality, finished third in the Derby, then won the Belmont.

Win the Blue Grass and you enjoy front-row status as a Derby contender. Win or finish second in the 1 1/8-mile race and you clinch a spot in the May 7 Derby. The Blue Grass offers 100-40-20-10 Derby qualifying points to its top four finishers.

So where to start your vertical bets on Keeneland’s last race? With the 9/5 morning line favorite, Smile Happy. The Kenny McPeek charge is 2-for-3, with his Grade 2 Kentucky Jockey Club victory here at Keeneland last fall putting him among the front-rank of Derby prospects.

Even after finishing second to Epicenter in February’s Grade 2 Risen Star, Smile Happy is a deserving favorite in this race. His stalking style produced a strong finish in that race to a horse that is likely either the Kentucky Derby favorite or second-choice.

“He has been training real well the past two days and he won a Grade 1 (here) last fall,” McPeek said after Wednesday’s morning line was announced. “I think he will like an off track and I want to run him in the mud. I also think he will like amile and an eighth better than the mile and sixteenth (of the Lexington next weekend).”

There is a 40% chance of rain Saturday.

McPeek’s other offering, Grade 1 winner Rattle N Roll (8/1), comes in with much to prove. After winning that Breeders’ Futurity last fall, he’s finished sixth in the Fountain of Youth at Gulfstream and fourth in the Louisiana Derby at Fair Grounds. This is Rattle N Roll’s third race in five weeks and McPeek put half-cup blinkers on him in an effort to right the slowing ship.

Rattle N Roll clocked a 100 Equibase for that Breeders’ Futurity win. He’s regressed to an 82 and an 86 this year.

That brings us to a colt with a similar path to this point as Smile Happy: Zandon (5/2). The remarkably consistent Upstart colt is 1-1-1 in three races. He’s racked up 93 Equibases in each of his races. That included a third to Epicenter and Smile Happy (by a half-length) in the Risen Star, and before that, a nose defeat to Mo Donegal in the 1 1/8-mile Remsen.

Like Smile Happy, Zandon is a stalker who figures to be in the mix late. And like Smile Happy, the Chad Brown charge can expect improvement in his second 3-year-old start. Finally, like his erstwhile rival, Zandon needs a win or runner up finish to secure a Derby spot.

Emmanuel could be a sneaky value pick

Go beyond those two in the Blue Grass and you find Emmanuel (5/1). Don’t expect those morning line odds to stick, considering Emmanuel has been a popular choice every start. His final odds of 2.90/1 in the Fountain of Youth were the highest odds in his three-race career.

Unlike his first two races: wins by a combined 11 1/4 lengths at 3/10 and 1.40/1, Emmanuel couldn’t seal the deal in the Fountain of Youth. A wide trip produced a fourth-place finish. Should Luis Saez, who won this race last year with Essential Quality put Emmanuel on a better trip, the pacesetter should definitely factor.

If history and moxie interest you, there’s Ethereal Road (15/1). Trained by Hall of Famer D. Wayne Lukas — who won this race in 1987 (War) and 2000 (High Yield) — this closer finished second to 75/1 Un Ojo in the Rebel Stakes. His ability to close in the stretch and the iconic Lukas’ presence makes a piece of this possible — provided he gets a strong pace to run into.