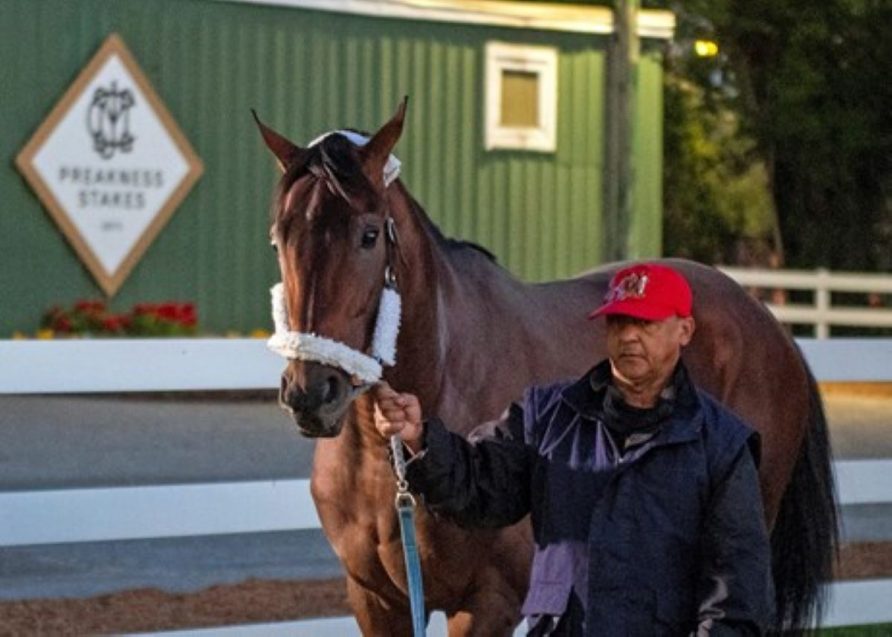 After finishing fourth in Saturday’s 148th Kentucky Derby, Simplification was the first horse to arrive for the 147th Preakness Stakes, arriving at Pimlico Race Course before dawn Tuesday. 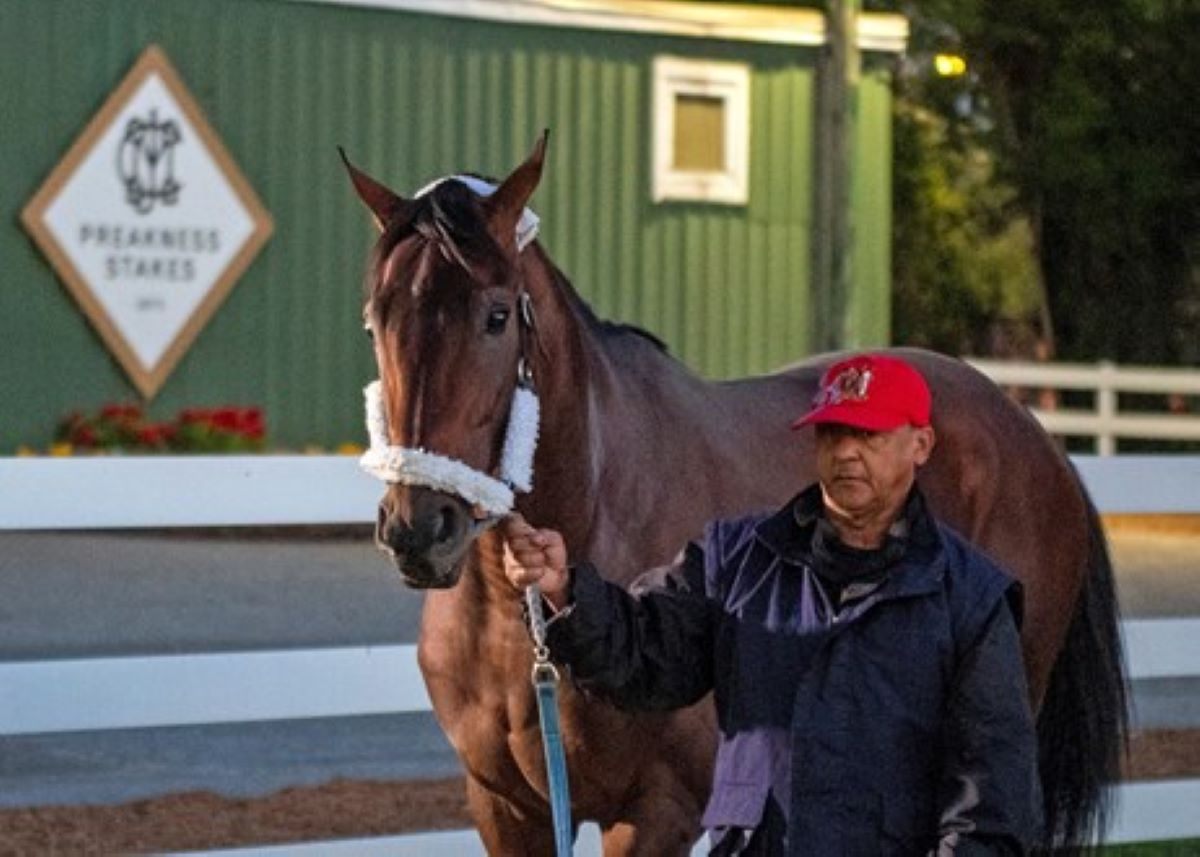 The Grade 2 Fountain of Youth winner and third-place finisher in the Grade 1 Florida Derby arrived at Pimlico after an 11-hour van ride from Churchill Downs. Jesus Prada, the longtime assistant to trainer Antonio Sano, was there to supervise Simplification’s arrival and work schedule.

Prada told the Maryland Jockey Club Simplification will walk the shedrow in the morning and afternoon Wednesday. His first visit to the track comes Wednesday morning.

“That first day, he will go out with the pony and walk and jog with my exercise rider, so he can get to know the track,” Prada said.

When he enters the starting gate a week from Saturday, Simplification will have a new rider at the reins. John Velazquez inherits the ride from Jose Ortiz, who moves to Early Voting. Ortiz does so honoring a previous commitment to trainer Chad Brown to ride Early Voting in the Preakness.

Velazquez moves over from his Kentucky Derby mount, Messier, who returned to California with Tim Yakteen stablemate Taiba. Neither California horse will run the Preakness after Taiba finished 12th and Messier 15th. Velazquez had Messier on the lead through three quarters of a mile before he tired.

Velazquez has three Derby wins, but remains in search of his first Preakness score in 11 tries. He does have a trio of seconds: with Derby winners Animal Kingdom (2011) and Authentic (2020) and with Itsmyluckyday (2013).

Simplification finishes what he starts

Unlike Messier, Simplification comes in off a strong Derby finish. In fact, Messier was one of the 12 horses he passed from the three-quarters pole to the wire. Even with a wide ride through the 1 1/4-mile Derby, Simplification finished only 3 1/2 lengths behind 80/1 long shot Rich Strike.

“I think that the race was very good,” Prada said. “The positions were a little bit wide, but the jockey did a good job in a race with 20 horses. It was an amazing race and I think he ran very well. I think we’ve got more of a chance here because the field will be nine to 10 horses and because of the track. The track here has a long stretch. It’s more like Gulfstream Park.”

That could bode well for Simplification, who ventured outside his familiar Gulfstream park environs for the first time in eight races. He’s 3-1-2 in those seven races at the south Florida track. Two of those are stakes victories: the Fountain of Youth and the Listed Mucho Macho Man.

In other Preakness news, Kenny McPeek will enter Creative Minister, according to the Daily Racing Form. Because Creative Minister is not Triple Crown nominated, his connections must pay a $150,000 supplemental fee.

McPeek told the DRF he will not enter Smile Happy, who finished eighth in the Derby. Rattle N Roll remains a Preakness maybe, depending on McPeek’s judgment following a weekend workout.