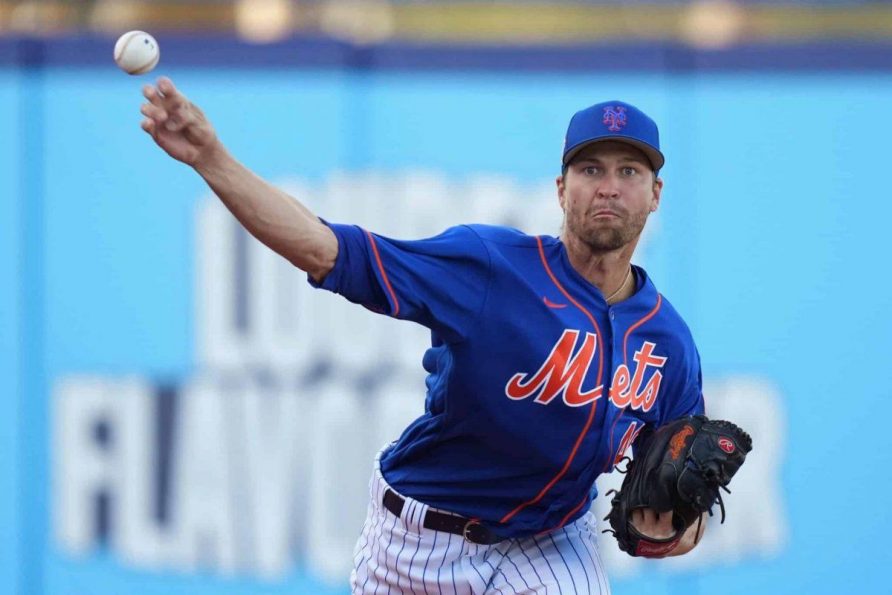 The New York Mets have gotten off to a dazzling star without the help of injured ace Jacob deGrom. They’ll have to keep it up without the two-time Cy Young Award winner, as deGrom is still a ways off from throwing, let alone pitching in a real game. 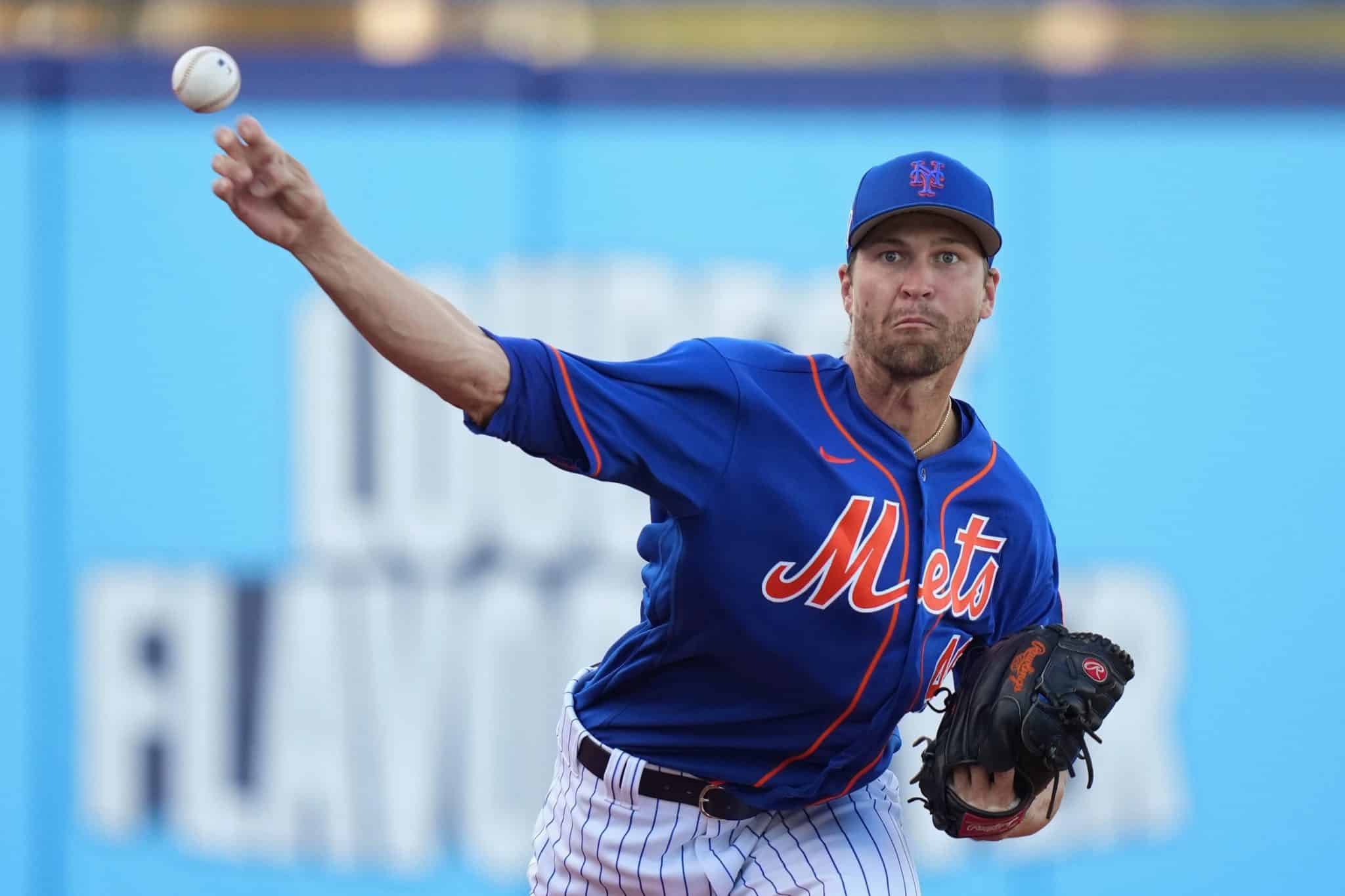 Jacob deGrom got good news on Monday, as he can now work towards throwing again as his shoulder continues to improve. (Image: Jasen Vinlove/USA Today Sports)

Based on the improvement, doctors have now cleared deGrom “to begin loading and strengthening of the shoulder.” That means that deGrom can start progressing towards throwing again – though it will still take some time before deGrom can step on the mound for the Mets.

New York hasn’t needed deGrom’s outstanding pitching just yet. Without him, the Mets have compiled a 13-5 record and built a 4.5-game lead in the NL East. The rest of the rotation, including offseason acquisition Max Scherzer, have pitched brilliantly, with Mets starters posting a 2.29 ERA so far this year.

“He’s really upbeat and excited about the news”

But deGrom hasn’t appeared in a game with the Mets since July 7 of last year. In the midst of a potentially historic season, elbow issues sidelined deGrom. Health issues have been the one thing slowing him down, as while on the field, deGrom has been the best pitcher in baseball over the past four seasons.

deGrom entered spring training apparently healthy. However, after his second preseason start, he experienced shoulder discomfort, which doctors later diagnosed as a stress reaction on his scapula.

With no definitive word on when deGrom will return, it seems unlikely that he’ll be able to compete for the Cy Young Award this year. Yet sportsbooks have been reluctant to remove him from their boards, well aware that bettors will back him, and that he could put together otherworldly numbers when he comes back. FanDuel Sportsbook currently lists deGrom at +4500, among the top 20 candidates in the National League.

In the meantime, the Mets will continue on without deGrom. He hasn’t spent much time with the team, though that’s not a sign of disrespect to his teammates.

“He doesn’t like that constant banter,” manager Buck Showalter told reporters. “When he gets to where he’s throwing, he’ll join us. It’s pretty simple.”

The Mets currently rate at a -150 favorite to win the NL East. FanDuel now lists New York as a +750 pick to win the World Series as well, second only behind the favored Los Angeles Dodgers (+460).