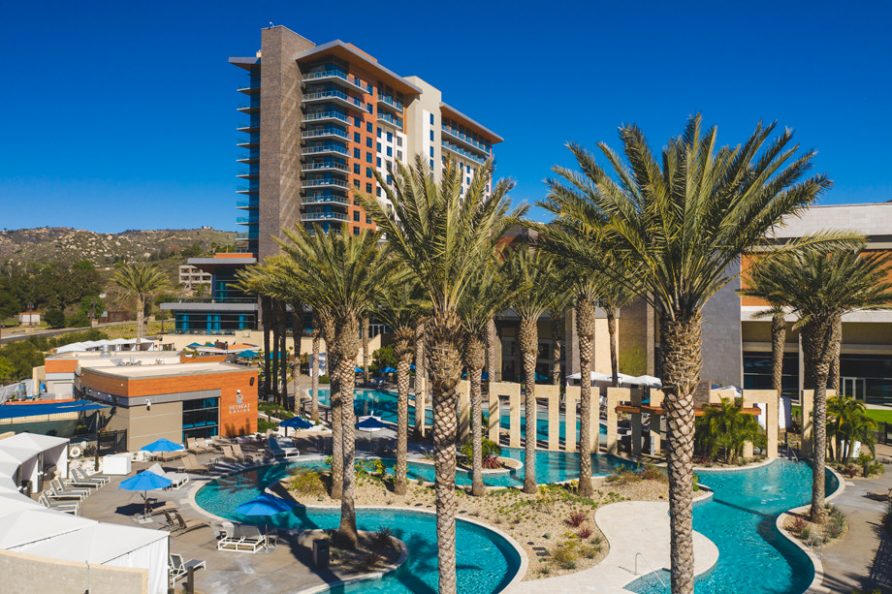 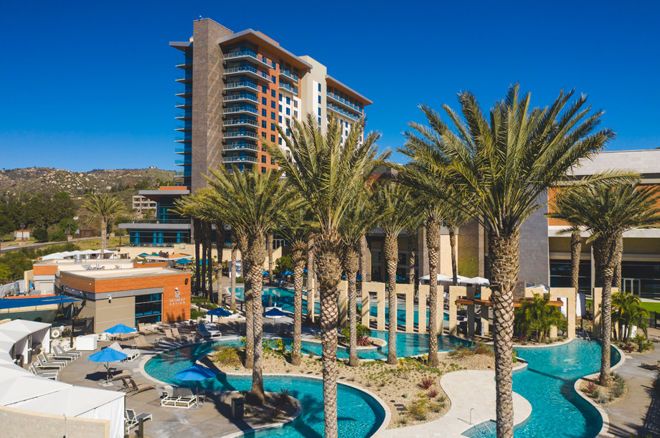 The Mid-States Poker Tour (MSPT) is returning to one of its most popular destinations later this month — Sycuan Casino in San Diego, California.

Starting on April 21, the SoCal casino will host an 11-day Showdown Series, highlighted by the $1,110 No-Limit Hold’em Main Event from April 28-May 1. PokerNews will be in attendance live reporting the $300,000 guaranteed tournament. In total, the series promises at least $570,000 in prize money.

Series at a Glance

Sycuan Casino will be the site of some exciting tournament poker action this coming week. The San Diego poker room is a regular stop for the MSPT. In January, Gianluca Pace took down the MSPT Main Event there for $74,562, beating out 460 runners for his first Mid-States Poker Tour title.

Pace won the largest share of a $444,700 prize pool, far and away eclipsing the $300,000 guarantee. Expect more of the same when the tour returns to Sycuan for the April 28th Main Event. 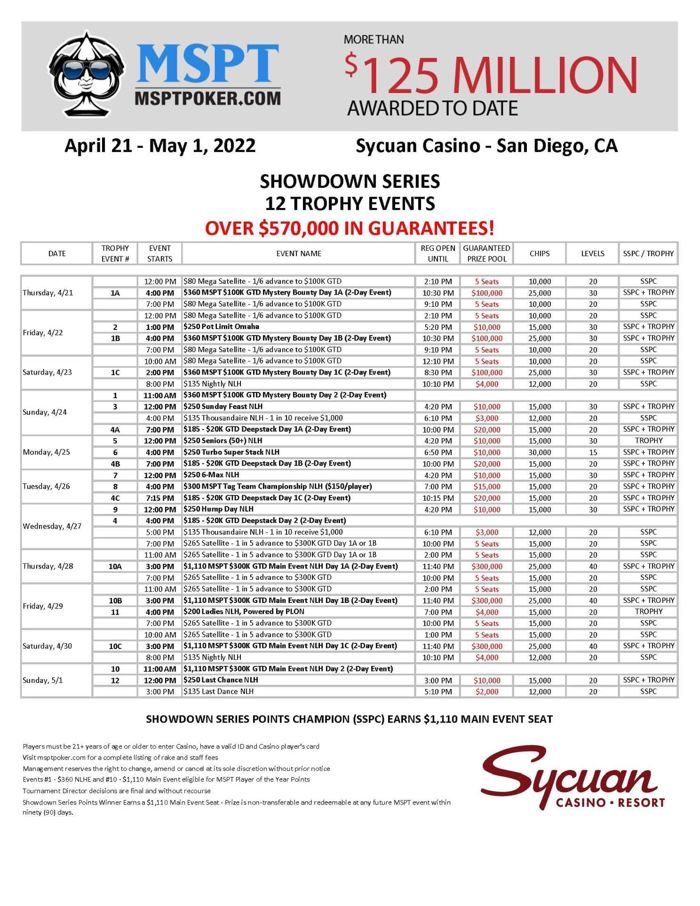 Before the Main Event starts, nine other series events will have taken place, and then two other tournaments will run following the biggest event of the series.

Play begins April 21 with the $360 Mystery Bounty, a $100,000 guaranteed, two-day no-limit hold’em tournament. Mystery bounty is the new craze in tournament poker. Instead of receiving a set bounty amount upon busting someone, players receive an envelope with a mystery dollar amount. There are three Day 1 starting flights scheduled, one per day, and players can enter and rebuy into each session.

As per usual, the Main Event is the crown jewel of the series. One lucky and skilled winner will become the next MSPT champion. The tournament starts April 28 at 3 p.m. with Day 1a. Days 1b and 1c will kick off at the same time the following two days and Day 2 — the finale — runs May 1. Players will start with 25,000 chips and play 40-minute blind levels. Not only will the winner take home thousands of dollars, the champion will also receive a coveted MSPT trophy.-+