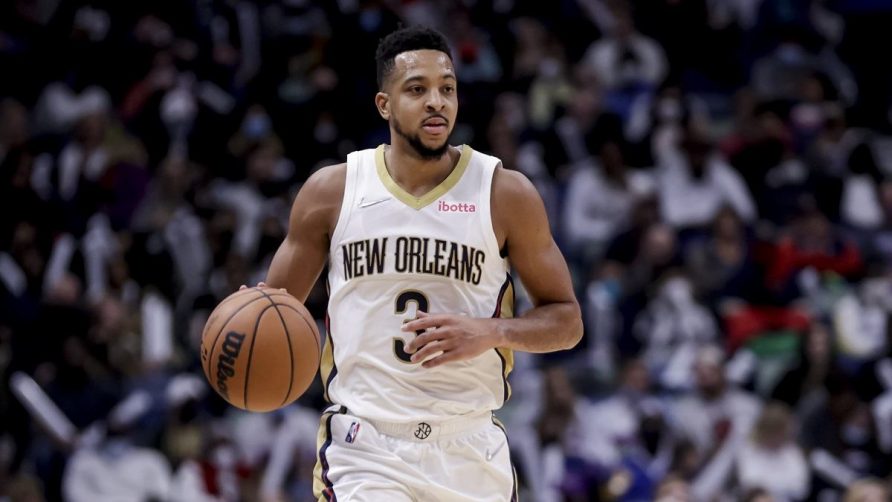 The ninth-place New Orleans Pelicans host the tenth-place San Antonio Spurs in the Western Conference Play-In Tournament with the #8 seed on the line. 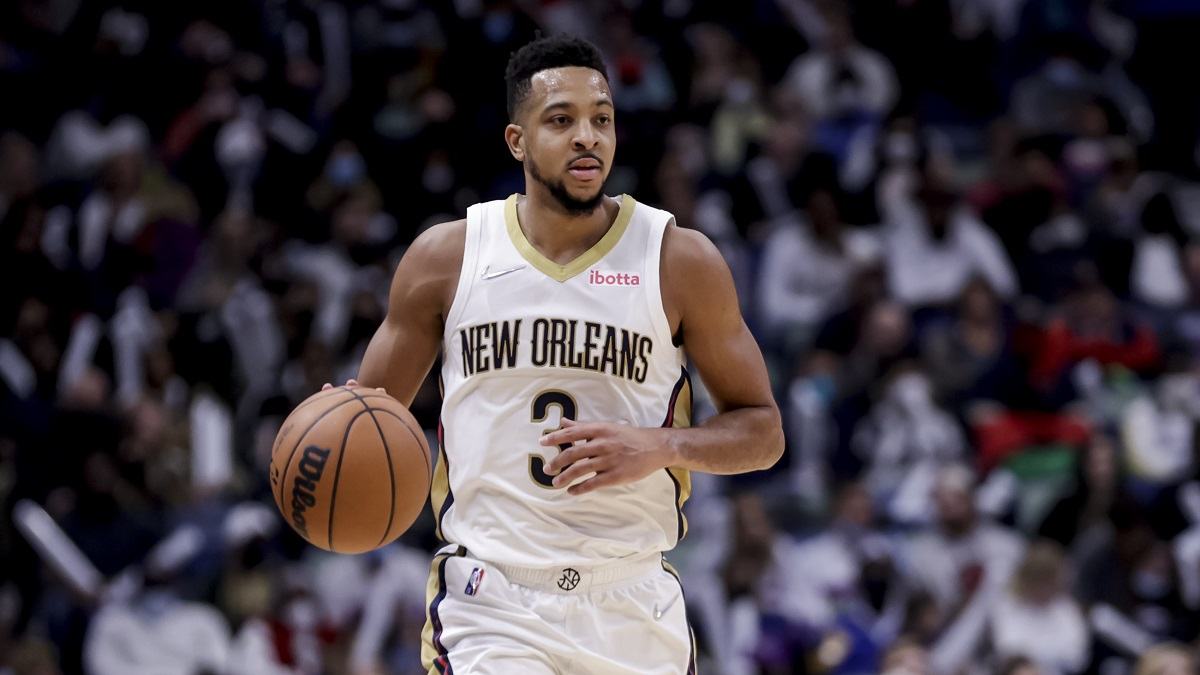 CJ McCollum from the New Orleans Pelicans brings the ball up the court against the LA Lakers last week. (Image: Derek Hingle/Getty)

The winner of the Pelicans/Spurs Play-In Tournament game will head to Los Angeles on Friday to play the LA Clippers for the #8 seed.

The Clippers lost to the Minnesota Timberwolves last night, and the T-Wolves locked up the #7 seed. The Clippers await the winner of the Pelicans/Spurs to determine the #8 seed in the Western Conference.

Gregg Popovich made NBA history last month when he passed Don Nelson to break the record for most wins as a head coach. There’s been rumors that Pops will retire at the end of this season, which is why the Spurs made a huge run at the end of the season to qualify for the Play-In Tournament to give Pops one last chance at a playoff berth.

The Spurs were on the bubble chasing the LA Lakers, but have been in playoff mode the last couple of weeks. They passed the Lakers, who whiffed the Play-In Tournament when they finished in a disappointing 11th place in the Western Conference.

“We’re starting to get better and better,” said Devin Vassell from the Spurs. “We’re growing as a team. We’ve got a lot of young players, but we’re all developing right now.”

All-Star Dejounte Murray emerged as the primary scorer for the Spurs averaging 21.1 points, 9.2 assists, and 8.3 rebounds per game. His PER rating of 22.32 is ranked #13 in the NBA.

Pelicans: The CJ and BI Show

The Pelicans indicated they were serious about making a run at the postseason when they acquired CJ McCollum in a trade with the Portland Trail Blazers. Instead of being teamed with Damian Lillard, McCollum (24.3 ppg) is now a part of a tandem that includes Brandon Ingram (22.7 ppg).

The Pelicans held off the Lakers with two big wins in the final week of the season to essentially knock them out of contention.

It’s been a difficult slog for the Pelicans, who started out 1-12 without Zion Williamson in the lineup, but they’re ready to make an impact by winning the Play-In Tournament..

“It shows you how they stuck together, how they continued to fight through adversity, how much growth the team has had,” said McCollum. “I’m happy I could help get us into this position where we have a chance to get some postseason experience.”

“We definitely have resiliency,” said head coach Willie Green. “It’s a continuation of trying to build our program, starting with the beginning of this season and how difficult it was to be 1-12, and be at a point where we have this opportunity in front of us.”

Zion missed the entire season and there’s no indication that he will suit up for the postseason. He’s listed as out for the Play-In Tournament.

The Pelicans host the Spurs in New Orleans and they’re -5.5 favorites. The Pelicans were 41-40-1 ATS this season and were essentially a break-even team for bettors.