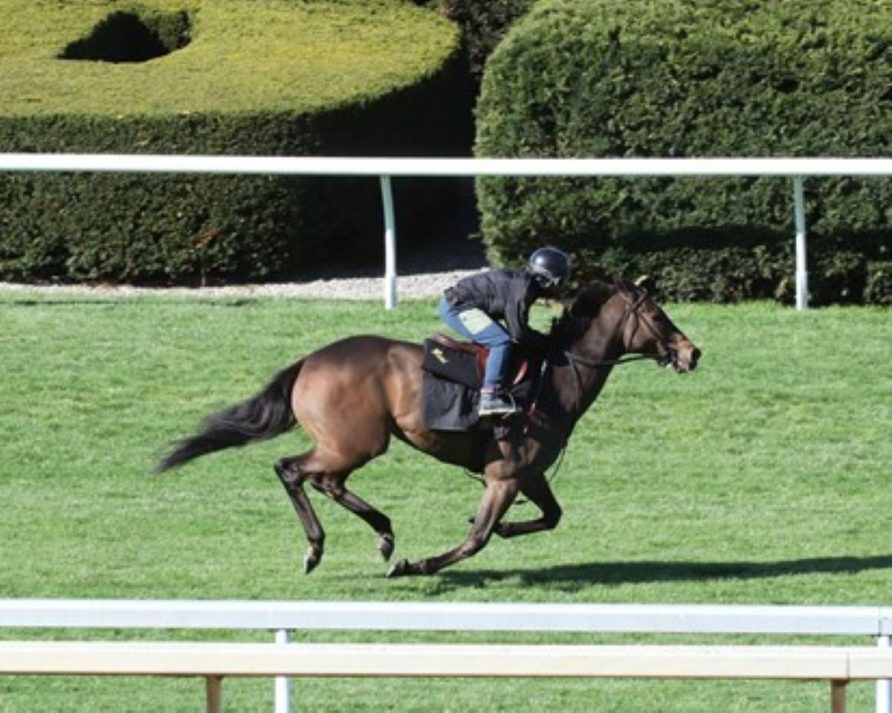 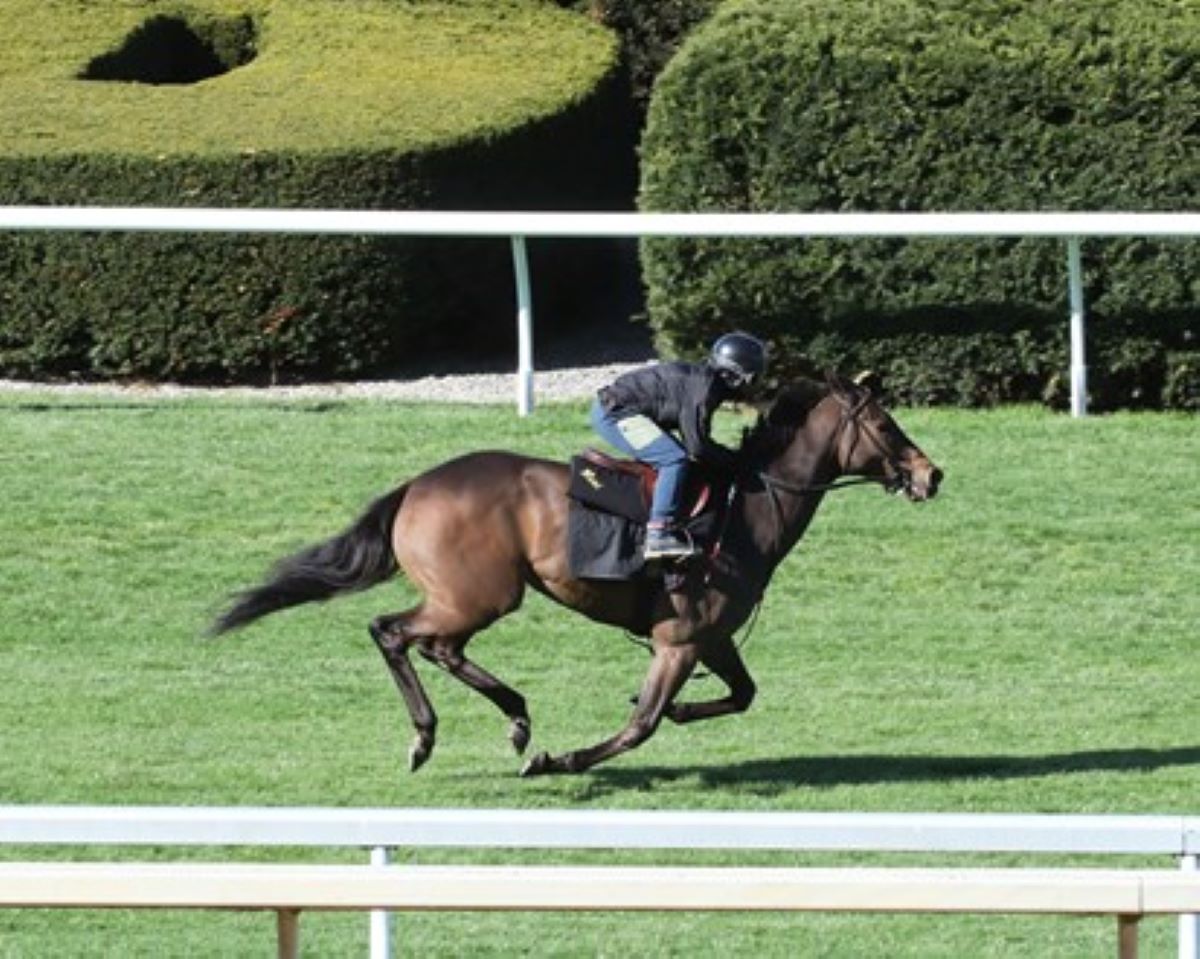 Campanelle works out before her 4-year-old debut awaits in Saturday’s Giant’s Causeway Stakes at Keeneland. That is the opening leg to this week’s Cross Country Pick 5. (Image: Coady Photography)

This week’s Cross Country Pick 5 features races from Keeneland and Aqueduct. Two of the five races are stakes events.

That begins with the first leg: the Listed Giant’s Causeway at Keeneland. This 5 1/2-furlong turf sprint for fillies and mares 3 and up comes with an overflow field. It also comes with Campanelle, the two-time Group 1 winner who won two 2021 races in Europe: the Prix Morny at Deauville and the Commonwealth Cup at Royal Ascot.

Wesley Ward’s 4-year-old hasn’t run since finishing third in the Grade 3 Franklin County at Keeneland last October. And her return won’t be uncontested in this deep field. Waiting for her are Elle Z, riding in off a three-race — all stakes — winning streak at Fair Grounds. There’s also graded stakes winners Change of Control and Jouster, who won the Grade 2 Appalachian at Keeneland.

Cut through this Cross Country Pick 5 with Ginnsu Warrior

The second leg heads north to Aqueduct for a 1 1/16-mile starter allowance on turf. This is another deep field offering Ginnsu Warrior, running for new owner Flying P Stable after being claimed for $32,000 out of a Feb. 21 runner-up race. He broke his maiden at third ask last August at Indiana Grand.

Waiting for him is Hilliard, last seen six months ago finishing fourth in the Grade 2 Hill Prince at Belmont Park. There’s also Bar Fourteen, who won a claiming race by eight lengths before finishing a poor eighth in the Stud Muffin starter stakes March 26.

The Cross Country Pick 5 heads south again to Keeneland for the third leg: the Grade 3 Lexington Stakes. The final stop on the Kentucky Derby trail doubles as the final chance for bubble horses to get into the Derby field. There are 20-8-4-2 Derby qualifying points up for the top four finishers.

You’ve heard of most of these horses

A familiar field of would-be Derby prospects chases those points. There’s In Due Time, last seen finishing second to Simplification in the Grade 2 Fountain of Youth at Gulfstream Park in early March. There’s D. Wayne Lukas’ Ethereal Road, wheeling back on a week’s rest from his disappointing seventh in last weeks’ Blue Grass Stakes.

There’s Brad Cox’s Tawny Port, the current bubble holder in 20th place on the points ladder. A top-four finish off a two-week break secures the Jeff Ruby Steaks runner-up a spot in the May 7 Derby. And the deep field includes Grade 3 Lecomte Stakes winner Call Me Midnight and the return of last fall’s Grade 3 Iroquois winner, Major General.

Leg four goes back to Aqueduct for a six-furlong starter allowance on the Big A’s outer turf. Leading this parade of 3 and up fillies and mares is Freedomofthepress, who won her last race off a $40,000 claim by nearly three lengths. Another last-out winner, Lady of Thornton, and Bella Principessa, who is 2-0-2 in her last four starts, await.

Trained by Chad Brown, Highly Motivated makes his first start in nearly a year, or since he finished 10th in last year’s Derby. He came into that Derby as a trendy dark horse after finishing second to Essential Quality in the Blue Grass. Soup and Sandwich finished last in that Derby, but comes in off a third in an optional claimer at Gulfstream Park.

Even with two Derby vets, Ducale may be the one to beat

Challenging them is Cox’s two-time winner, Ducale, who has not missed the board in five starts (2-2-1). He comes in off a second by a length in a Churchill Downs November allowance.

The minimum bet for the weekly Cross Country Pick 5 is 50 cents. The wager is offered on ADW platforms and simulcast facilities throughout the country. It comes with a low 15% takeout, well below the average of Pick 5 takeouts.

Horseplayers can find free Equibase past performances for the Cross Country Pick 5 here.