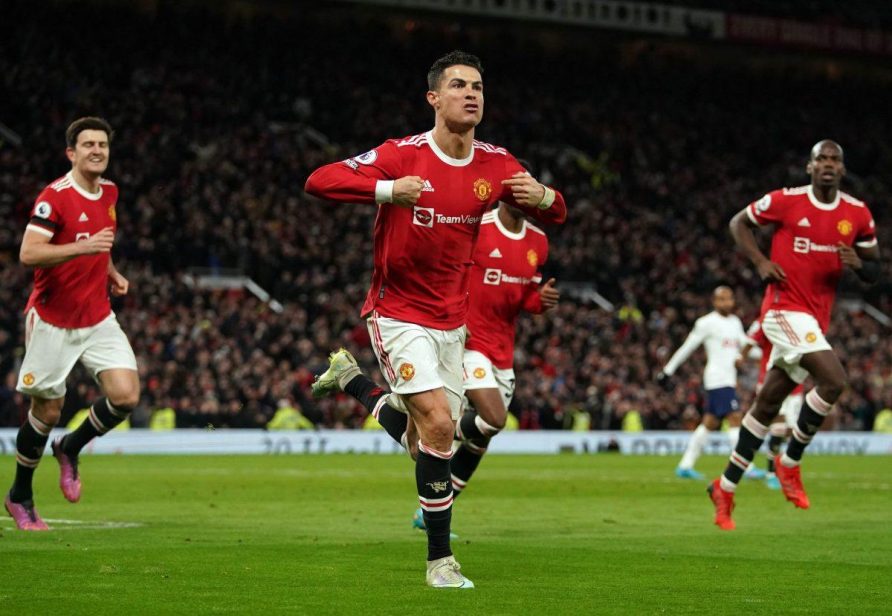 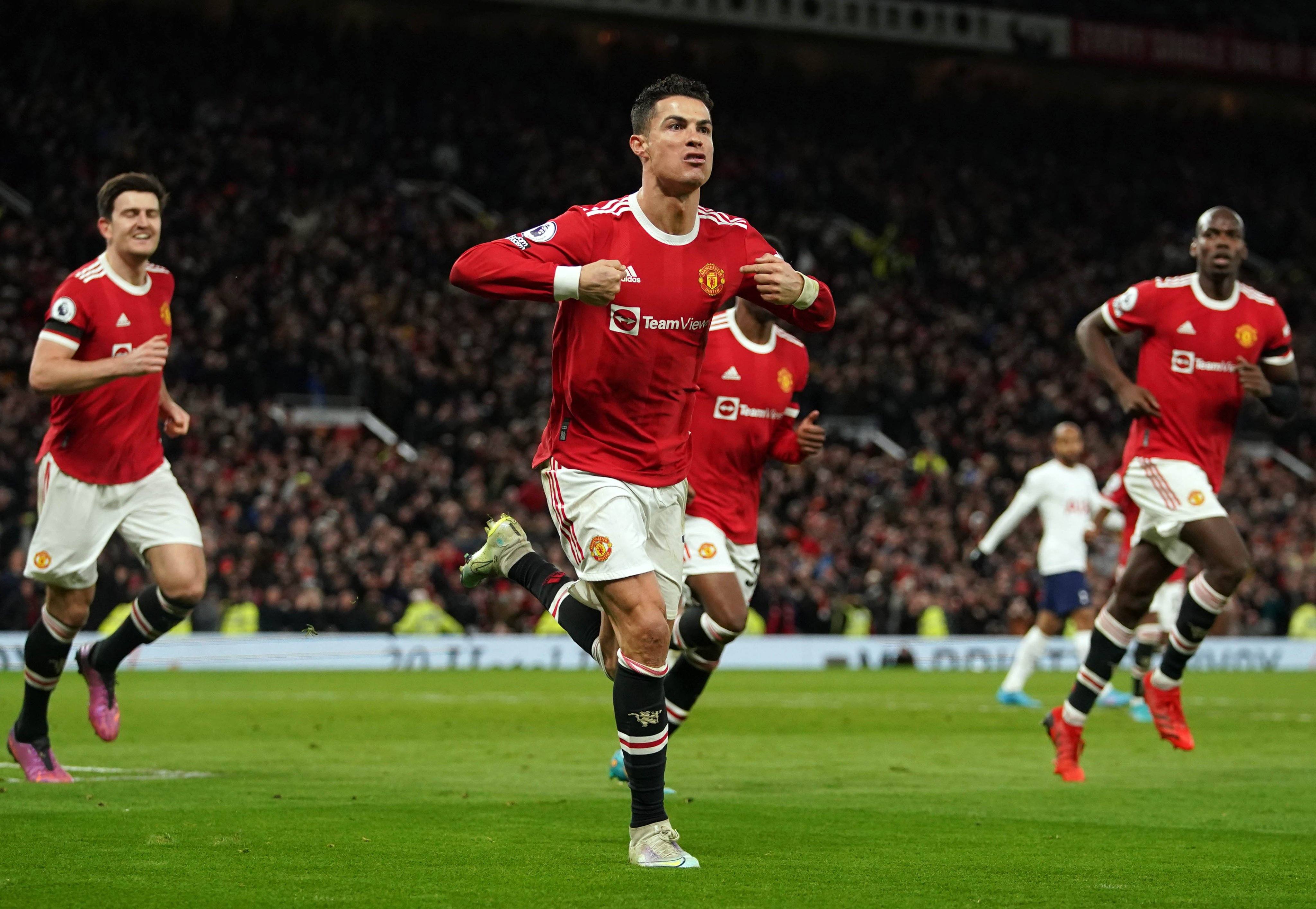 Cristiano Ronaldo stole the show at Old Trafford, as he scored three times against Tottenham to give United a much-needed win. (Image: Twitter/cbssportsgolazo)

Manchester United won the game at Old Trafford 3-2 to boost its chances of finishing fourth in the Premier League. NFL great Tom Brady was in the stands and celebrated United’s win. After the final whistle, he went down to the pitch and had a chat with Ronaldo and the rest of United’s players.

Ronaldo’s career total reached a staggering 807 thanks to the three goals he scored on Saturday evening. He surpassed the late Austrian forward Josef Bican as the highest scorer in the history of football, according to stats officially recognized by FIFA. Bican played from 1931 to 1955, with his best years spent at Slavia Prague. For the Czech giants, he netted 427 times in 221 matches. Bican played for both the Austrian national team and later for Czechoslovakia, retiring from football aged 42.

United goes up to fourth, but Arsenal have four games in hand

Cristiano Ronaldo’s heroics against Tottenham didn’t just seal a new record for the Portuguese. Thanks to his goals, United beat one of their rivals for fourth place in the Premier League table. Tottenham is now five points off United, but they keep two matches in hand. Man. Utd is now inside the top four, where they wish to be when the season ends too. Arsenal seems like their most dangerous opponent at the moment. The Gunners are just two points behind but need to play four more games to equal United’s 29.

Arsenal is now at -175 to finish inside the top four, a guarantee for Champions League football next season. United is seen as an outsider by the bookies at +320, while Tottenham is now at +350. West Ham has fallen behind in the odds race, with The Hammers now at +2000.

The race for a top four finish is heating up in the Premier League. (Image: premierleague.com)

United alive: the reaction the fans dreamed of after City humiliation

Last week, United was beaten 4-1 in the Manchester derby by arch-rivals City. The Red Devils were winless in their last three outings, including the Champions League round of 16 first-leg clash against Atletico, in Madrid, before playing Tottenham.

A long-range screamer from Cristiano Ronaldo made the Man. Utd. faithful jump high in the air after 12 minutes, but Kane equalized from the penalty spot 10 minutes before half-time.

Watch THAT Cristiano Ronaldo wondergoal as his hat-trick against Spurs ensured he became the top scorer in football history 🐐 pic.twitter.com/wtnWYy04ml

Tottenham’s joy didn’t last for long, as Ronaldo put United in front again after just three minutes. Maguire’s unlucky own goal in the 72nd minute did not win Spurs a point in Manchester. Ronaldo headed the ball in Hugo Lloris’ net following a corner in the 81st minute to conclude a fantastic night of football in Manchester.

United will play the return leg against Atletico Madrid for a seat in the Champions League quarter-finals on Tuesday. The two teams drew 1-1 in Madrid three weeks ago. United is now the favorite to win according to the bookies, who have them at +115. Atletico is at +250, while a draw that would send the match to extra-time is at +200. A bet on United qualifying stands at -157, whereas going for Atletico Madrid returns +140.