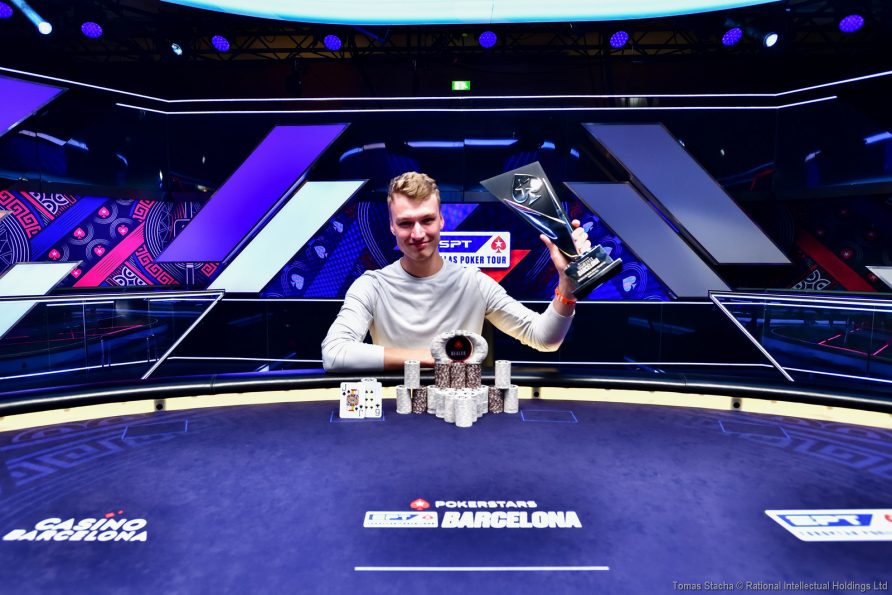 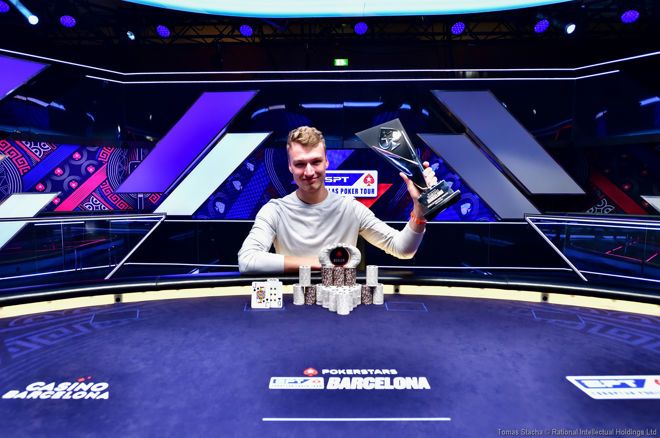 The final day of €1,100 Estrellas Poker Tour Main Event at the 2022 PokerStars and Barcelona©Casino European Poker Tour has reached its end after six hours of play that saw the final nine players out of a field of 6,313 play down to the newest EPT Champion in what was the largest live poker tournament in EPT history.

That newest champion was Rick van Bruggen of the Netherlands, who captured the €600,000 grand prize. The 27-year-old is more of a cash game specialist, and this victory is by far and away the largest live tournament score of his career. He had previously only had $20,000 in career earnings over a six-year span since 2016 through six small cashes spread throughout the Czech Republic and the United States, as he discussed in his post-win interview.

“This is actually very insane, 600k? I don’t even know what to say. I’m going to spend some money for sure.” He said with a big smile, seemingly basking in the glow of the remarkable win.

Follow all of the EPT Barcelona action right here.

Van Bruggen began the day second in chips behind Jack Sinclair. The two chip leaders would immediately start to pound down the rest of the players, with Van Bruggen and Sinclair holding as much as two-thirds of all chips in play between them with eight players still remaining.

But Van Bruggen would take the lead from Sinclair and start to distance himself as the dominating force as it seemed that he could not lose a hand all day. Sinclair, meanwhile, slipped closer down to the rest of the pack as his large stack became a smaller one.

Discussing his position at the start of the day, he said, “Jack is a very good player, so I was trying to just play very tight and hope people bust, and then I just got lucky with good cards, ran it up, and it was very simple at that point. It was all luck.” 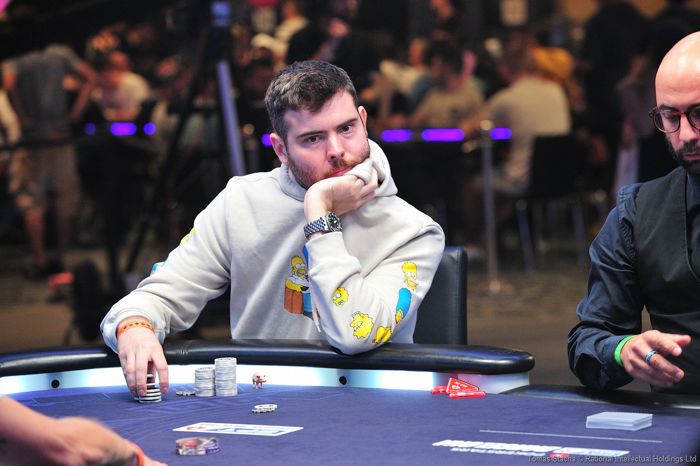 He would use his dominating chip position well as he gave no room to breathe to the short stacks, often putting pressure on them so that he could take as many pots as he could. “It was very fun. Every hand I looked at my cards and was like yeah, all in whatever it is, 100 big blinds (for me), ten big blinds, and ten big blinds (for the opponents) so yeah very very fun.”

The day began with only eight of the nine players in their seats as Ahmad Rehaime showed up over an hour late to the table. 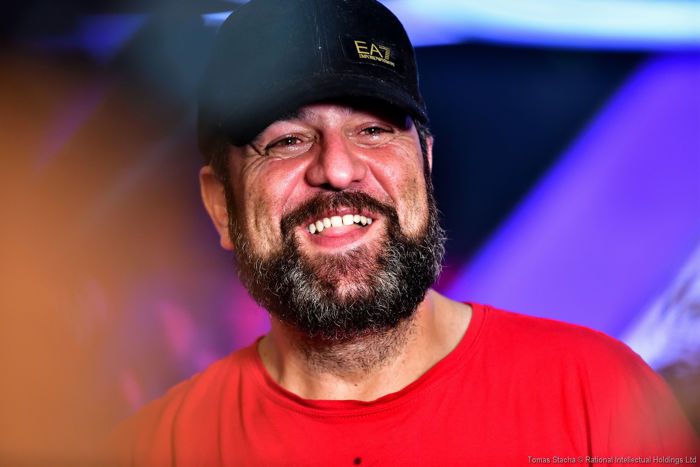 The first elimination would come after over an hour of play when Renat Bohdanov became the first causality of the day when he shoved pocket fours and lost a flip. Yoan Asparuhov followed him out the door just a few minutes later when he ran into pocket aces.

Rehaime would be the next player to go in seventh place as he could not get any positive traction after his late arrival, and his stack was dwindled down and eventually exhausted.

The lone PokerStars online qualifier Bjorn Bruns from Germany hit the rail next in sixth place as he remarkably turned his €109 online qualification into a six-figure score.

It would take some time before the next elimination, which would be Kyle Ho , who departed in fifth place, and there would be a similar time gap before Hendrik Soering was eliminated in fourth place after he lost a key flip that left him with just a few big blinds.

Three-handed play would not last very long as Simon Bouaksa’s short stack was swallowed up by Van Bruggen to set up heads-up play.

Heads-up was a short affair as Van Bruggen had an overwhelming lead from the start. Sinclair did manage to double up once to edge closer, but it would not be enough as Van Bruggen put the finishing touches on his dominating win after taking back the reigns with a few key hands.

That wraps things up for the PokerNews coverage of the ESPT Main Event. Stay tuned for all the other action here in Barcelona throughout the rest of the series. 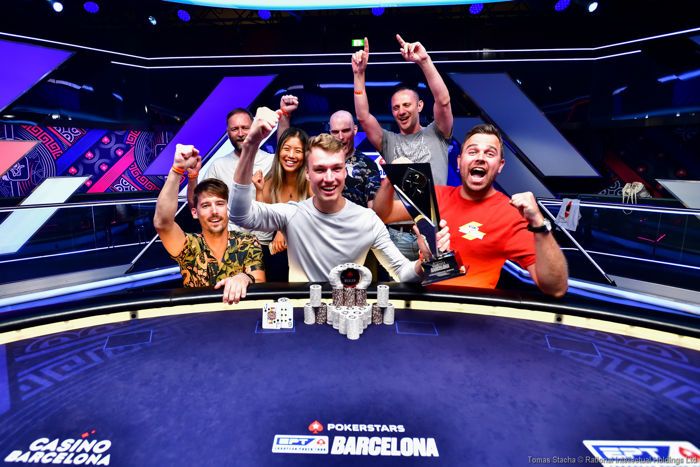