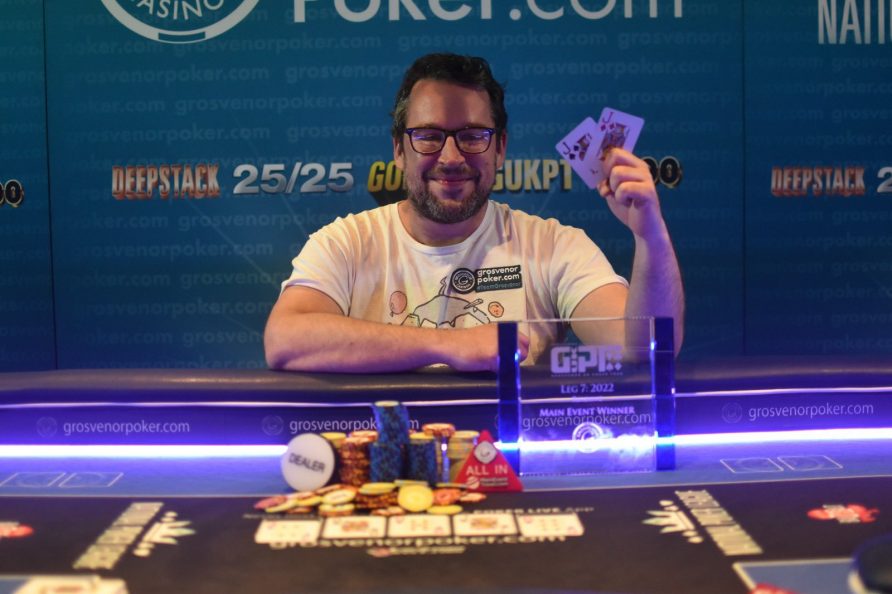 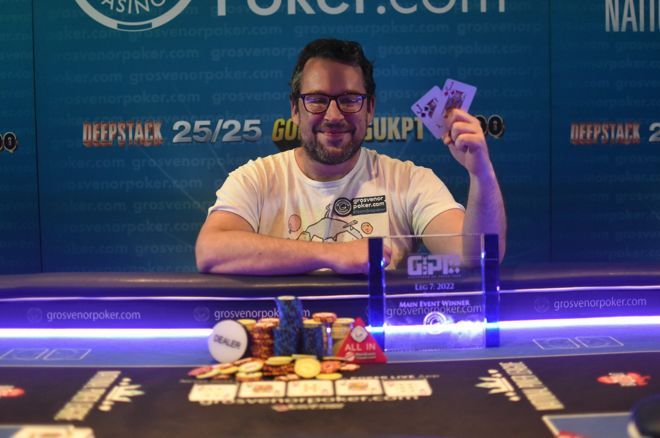 Another leg of the Grosvenor UK Poker Tour (GUKPT) came to a close on the weekend, with Grosvenor Poker ambassador Richard “Rick” Trigg taking down the GUKPT Reading £1,000 Main Event for £78,260.

At the Reading South Grosvenor Casino, Trigg was the last player standing from the 348-entry field and picked up his third GUKPT Main Event title to take home the lion’s share of the £304,200 prize pool. The top 34 players made the money and secured a min-cash of £2,200. 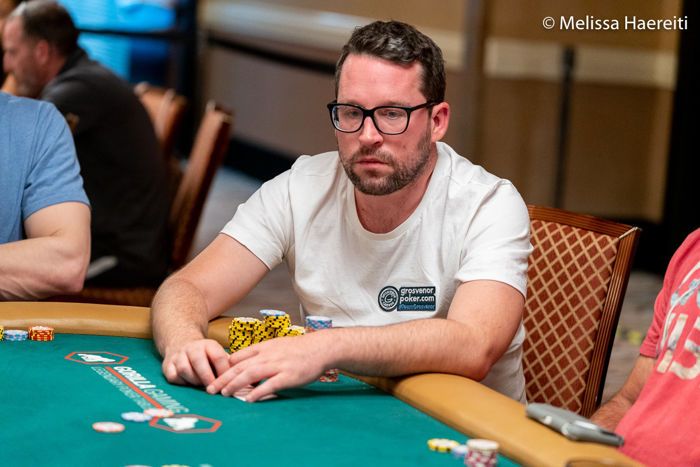 ‘It feels really good, I’ve had my eye on trying to get the third one,” said Trigg after he secured a hat-trick of wins on the UK’s longest running poker tour. “Hopefully, I get a contract renewal!” he joked before going on to praise his sponsors. ”It’s like a family. Everyone roots for each other and everyone’s been texting me all day.”

Trigg, who was one of 11 players to register on Day 2, saw his stack dwindle down to just three big blinds at one stage, but found a series of doubles which took him to the final table. There can often be a party-like atmosphere at the GUKPT final tables but Trigg noted that was not quite the case in Reading.

”it’s been such a strange final, it’s been so quiet, it made everyone concentrate a bit more and play better,” he said.

Nonetheless, neither of the players halted Trigg’s ascent and the Englishman drew a big smile as he lifted his latest GUKPT trophy.

Benjamin Creasey was the first final table casualty after he ran his pair of sixes into the Jack Hardcastle’s pocket kings. Next to depart was Andrew Bullen, he moved all in with ace-queen suited but also found himself unable to leap frog an opponent’s cowboys.

Jack Loraine was eliminated in seventh place after his pocket jacks could not hold against the queen-seven held by Michael Burnett.

Hardcastle was then sent to the wrong side of the rail after his dominated king-queen was unable to move ahead of David Anderson’s big slick. Trigg then got his first elimination of the final table, despatching Christopher Brammer in fifth place.

Burnett was the next to go after he lost nearly all his stack with pocket kings against Sidhu’s ace-queen. He tripled-up immediately after but exited the event after Anderson’s pair of tens remained best against Burnett’s ace-seven. Trigg then secured heads-up play after he ousted Anderson with ace-king.

Heads-up play was back and forth before Trigg opened up an 3-to-2 lead. On the final hand of the night, Kuljinder Sidhu flopped two pair with queens and fours. Trigg then turned a set of a jacks to take the lead. After a blank river came in, Sidhu jammed as the shirt stack, only to be shown the bad news by Trigg.