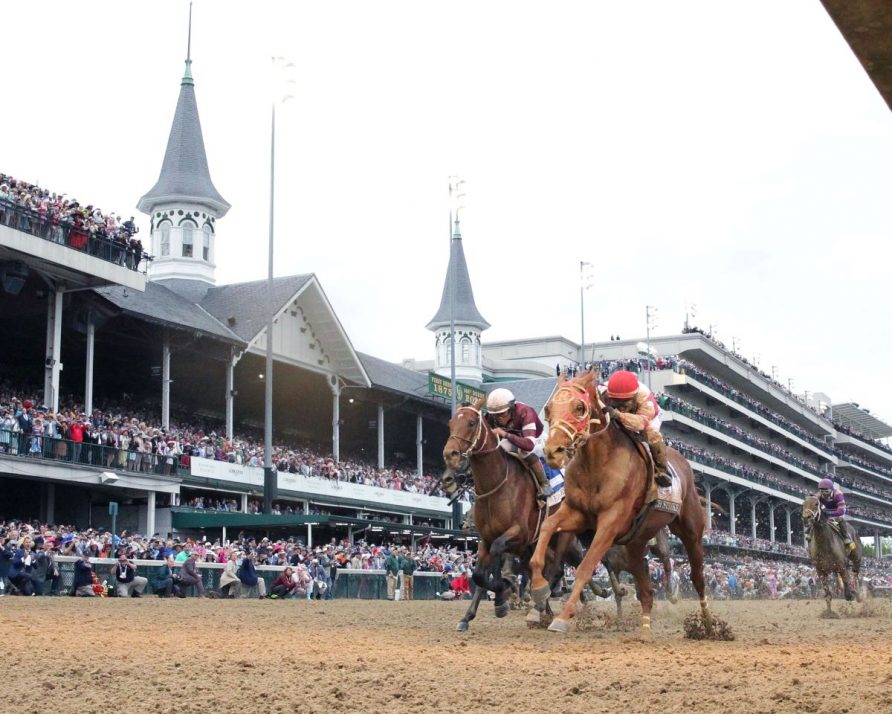 Rich Strike’s trainer, Eric Reed, nearly lost his entire stable in a barn fire. He got Rich Strike – a $30,000 claimer with one career win in seven starts — into the 148th Kentucky Derby with five minutes to spare Friday. When he left Post 21 at Churchill Downs, Rich Strike did so at 80.80/1, the longest shot in the 20-horse Derby field. 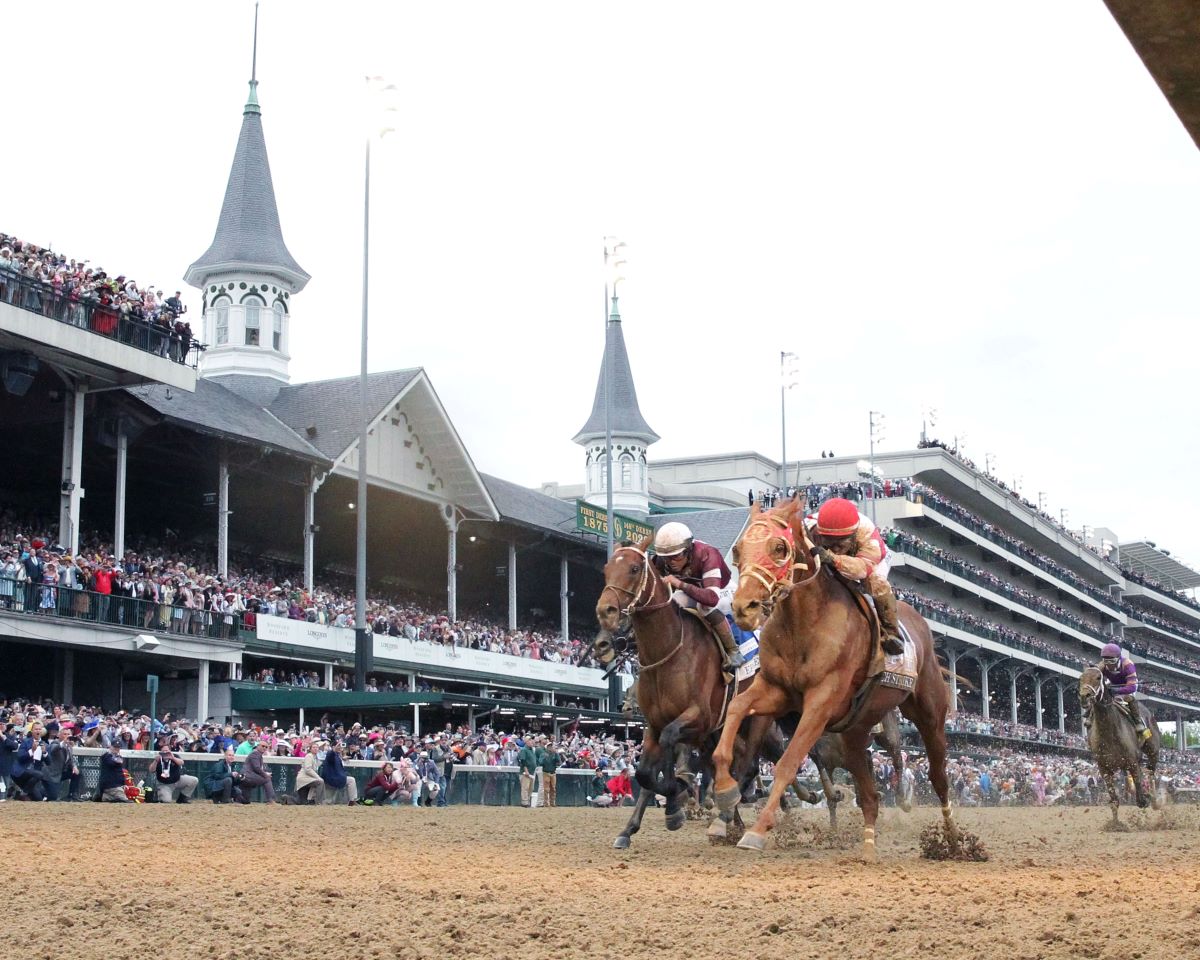 With a quarter-mile to go in Saturday’s Derby at Churchill Downs, Rich Strike was 15th. And that’s when none of the above mattered anymore.

Behind a surreally stellar ride by unheralded jockey Sonny Leon, who was riding claimers the day before at Belterra Park, Rich Strike rolled past 14 other horses in that final quarter mile. The $30,000 claimer is now a Kentucky Derby champion, pulling off the second-biggest upset in Derby history with a three-quarter length victory over Epicenter. Zandon was third, with Simplification fourth.

And out of nowhere, Rich Strike got his roses. 🌹 pic.twitter.com/sCkbN7ylqP

Nobody saw this coming

Suffice to say, there probably weren’t many tickets with Rich Strike on them that deeply – or anywhere. This is a colt who backed into America’s most iconic race 1-for-7. And that one was a $30,000 claimer last September at Churchill Downs. He ran in three Derby preps: the Gun Runner last December at Fair Grounds, and the two on Turfway Park’s synthetic, the John Battaglia and Jeff Ruby Steaks.

He was 22nd on the points ladder at one time, then after the Lexington, he dropped to 24th. But Reed wasn’t going to take any chances.

“So we came here on a prayer. I told my dad and I told (owner) Rick (Dawson), “’The worst thing that could happen to us is to have a call a day or two before the Derby and say you’re going to get in, and not be prepared.”’ Reed said. “So we came up. We trained against all odds. Nobody thought we could get in. We got a defection, and we got another one.

“The morning of the entries, at 8:45 I was notified that there were no scratches, that we were not going to get in. The security guard was told to leave the barn. I text my dad, ‘Didn’t happen.’ Text some friends, ‘We didn’t get in. Sorry guys.’ I went into my crew because I knew they were going to be really let down. I said, ‘Guys, look, we didn’t make it, but we were Number 21.’”

Then, with five minutes to go before Friday’s 9 a.m. deadline, D. Wayne Lukas scratched Ethereal Road because he didn’t think the colt was ready. Reed got a call from steward Barbara Borden asking him if he wanted to draw into Saturday’s 12th race – The Kentucky Derby.

“And I couldn’t even breathe to answer and say ‘Yes.’ I was like, ‘What just happened?,’” Reed said.

Who is this Sonny Leon?

What just happened was Rich Strike and unheralded jockey Leon were now in the field. Leon typically plies his trade at the smaller tracks in the Midwest. While the likes of Joel Rosario, Irad and Jose Ortiz, John Velazquez and Flavien Prat were piloting horses on Kentucky Oaks Day at Churchill Downs Friday, Leon was riding at tiny Belterra Park in Cincinnati.

According to Equibase, Leon’s most successful horse before Saturday was Forewarned, who earned more than $250,000 with Leon on his back. But Leon won 226 races in 2021, good for 11th in North America. He hit the magic 20% mark every rider and trainer angles for.

Watched the Derby replay. The jocks of the top four all did a great job of putting their horses in the best position to win. But, man, I can’t get over the Sonny Leon ride. Couldn’t really ask Rich Strike until the stretch, and got subtlety stopped a few times. Nerves of steel.

“The difference between the Sonny Leons and the guys everybody sees every day is they ride those horses all the time. He doesn’t get a chance,” Reed said. “But where he rides, he rides those horses everywhere and he wins all the races. And he’s a great rider with a lot of courage.”

The Derby did set up for a closer

Leon displayed that Saturday in vivid color. And he did so, largely courtesy of a searing pace set up by Summer Is Tomorrow, Crown Pride and Messier. That trio pushed each other into incendiary fractions of 21.78 seconds (quarter mile) and 45.36 (half).

That set the table for a closer to cross the finish line first for the first time since Orb in 2013. And Zandon seemed to be that closer. He and Epicenter tracked the leaders going into the far turn, which is – predictably – where their expected retreat began.

Crown Pride, the Japanese horse who gained a lot of buzz during the week, finished 13th. Messier, the 7.10/1 fourth favorite, led at the three-quarters mark. He wound up 15th by nearly 20 lengths. Summer Is Tomorrow finished 20th – 64 ½ lengths back.

Both Rosario aboard Epicenter and Prat piloting Zandon made their moves at the top of the stretch. They went out three- and four-wide and seized the lead at the three-sixteenths pole. But behind them, Leon began weaving through the tiring traffic. Leon took Rich Strike down the rail, his preferred path and the field parted.

At the eighth pole, he veered off the rail and split Messier and Crown Pride. From there, he motored back down the inside, passing Epicenter with 50 yards to go.

“Well, we broke. That was a little slow,” Leon said. “That was good for me because I could go to the rail and save a lot of ground. I got a good position. I can hang a little bit. And he answered so quick he said, ‘Hey, I got horse. I got some horse from my something.’

“So I started to push just a little bit, you know, because he’s a little bit lazy. And at the rail, I was so close. Like, seven lengths behind the leader. I said, I got shot. We had a lot of ‑‑ I found a lot of traffic. And then I say I have to wait until the stretch. That’s what I did. I wait for the stretch, and the rail opened up.”

Upsets are in the blood

The victory opened up a $1,860,000 payday for the Keen Ice progeny. Perhaps there was some upset genes passed along in this breeding. Keen Ice’s claim to fame was beating Triple Crown winner American Pharoah in the 2015 Travers Stakes. And now his most famous offspring has the biggest Derby upset since Donerail took the 1913 Derby at 91/1.