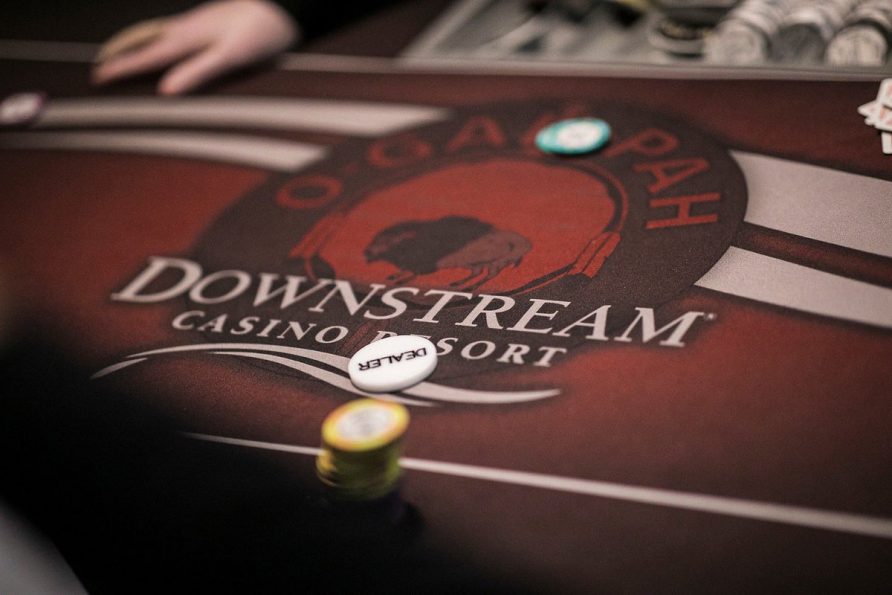 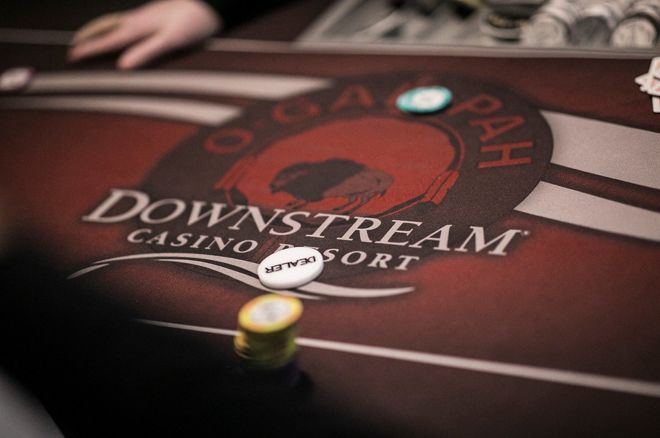 The RunGood Poker Series (RGPS) is heading to Downstream Casino Resort in Joplin, Missouri later this month for RGPS Contenders Joplin, which will culminate with the $600 buy-in Main Event taking place May 20-22.

RGPS Joplin will kick off on May 17 and wrap up on May 22, with the Midwest stop including everything from a Seniors Event to a Pot-Limit Omaha tournament.

The Main Event has a guaranteed prize pool of $100,000, though it could surpass that. For reference, the last RGPS Joplin Main Event in March 2020 attracted 383 runners to generate $191,500 in prize money.

Day 2 will take place on May 22 at 11 a.m. local time and will play down to a winner, who will take home the lion’s share of the prize pool and the RGPS trophy. PokerNews will be there every step of the way in the Main Event to offer live updates.

Missouri’s Matt Riffel took down the 2020 RGPS Main Event at Downstream Casino after a three-way deal that left him with $35,333. The others who got in on the deal were Phillip Teel and Jared Ward, who each pocketed $27,000. 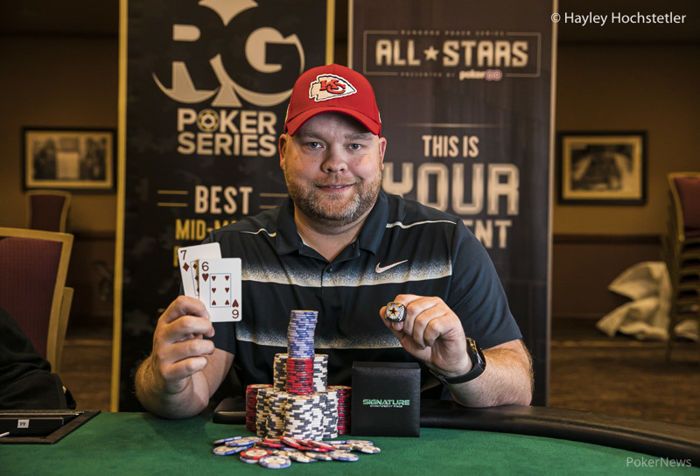 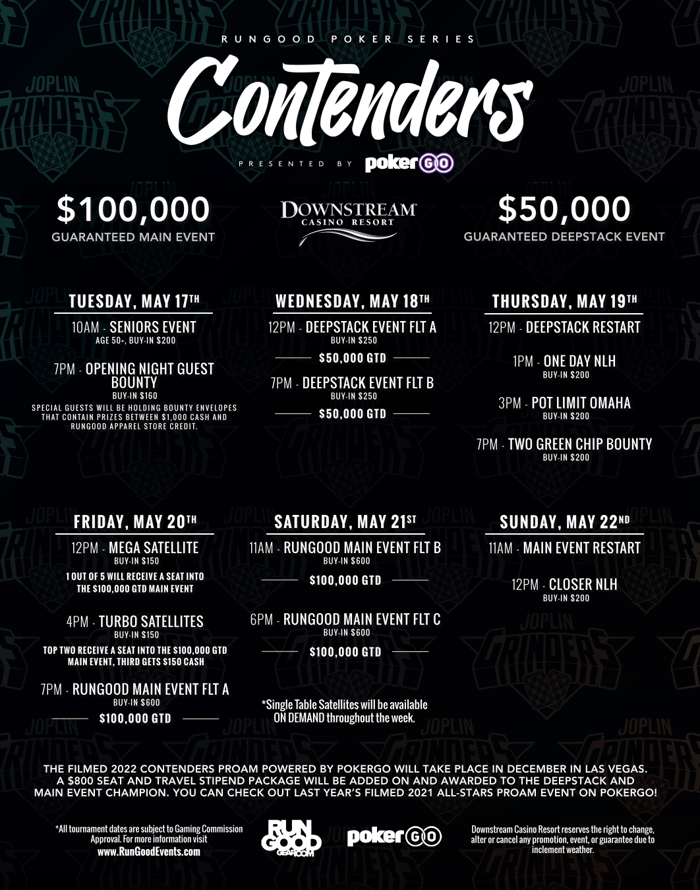 Other than the Main Event, RGPS Joplin will feature a number of side events for players to take their shot at winning a big score.

Action will kick off on May 17 with at $200 Seniors Event, followed by the $160 Opening Night Guest Bounty Event later in the evening.

The next day, the two-day $250 Deepstack Event will get underway with two starting flights. Day 2 will play out on May 19, the same day that $200 NLH, $200 Pot-Limit Omaha and $200 Two Green Chip Bounty all get underway.

RGPS Joplin will close out with $200 Closer NLH, a one-day event that kicks off on May 22 at noon.

After the Missouri stop, RGPS will head to California in November for RGPS Contenders Thunder Valley, which will feature the largest guarantee ever offered by RGPS with the One Million Dollar Guarantee Season Finale Event.

The full schedule for RGPS Joplin is available in the table below. PokerNews will be on-site to report on the tournament action in the RGPS Main Event.