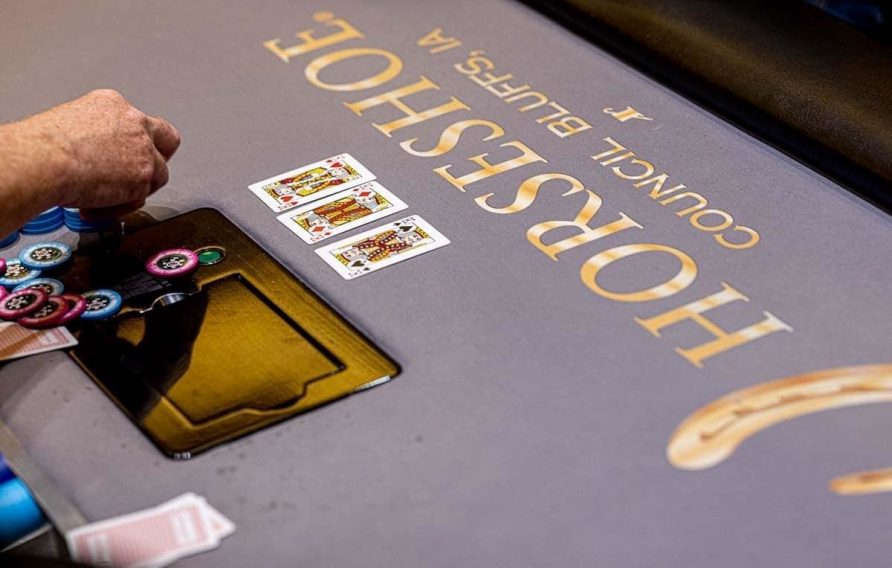 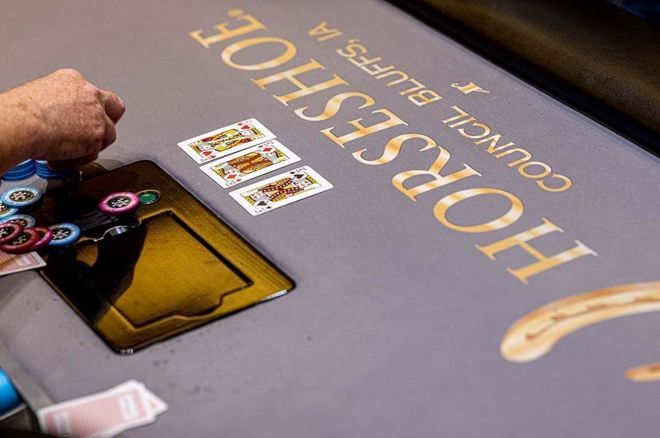 The weekend No-Limit Hold’em event, which is slated to take place Aug. 4-7 at Horseshoe Casino Iowa, features a guaranteed prize pool of $50,000 and could smash that if the event draws a big enough field.

Each starting flight will see players beginning with a starting stack of 25,000 chips with blinds at 100/200/200. The three Day 1 flights will end when 12.5% of the field remains in each, and all players who make Day 2 will be in the money. Levels will last 30 minutes until Day 2 and then will increase to 40-minute levels. 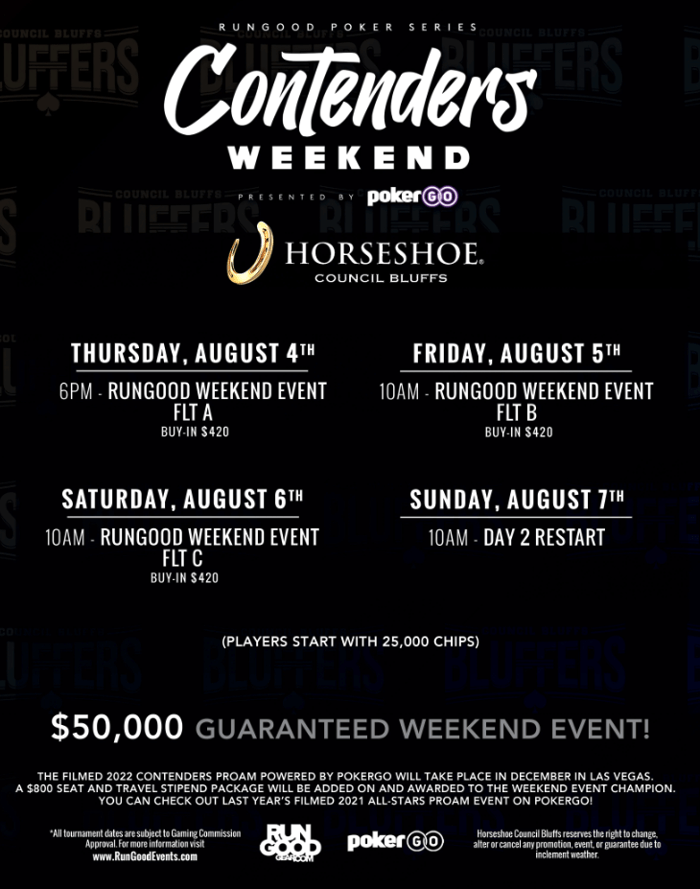 Day 2 will commence on Saturday, Aug. 7 at 10 a.m. and will play down to a winner, who will earn the lion’s share of the $50,000 guaranteed prize pool. Additionally, the eventual winner will earn an $800 seat and travel stipend for the 2022 Contenders ProAm in Las Vegas in December.

When RGPS last stopped in Council Bluffs earlier this year, Dakotah O’Dell took down the $575 Main Event for $48,771 after the four-way chop with Guanyun Cheng, Kaleb Dunn and Eric Kyle, all of whom received the same amount for the biggest scores of their careers. 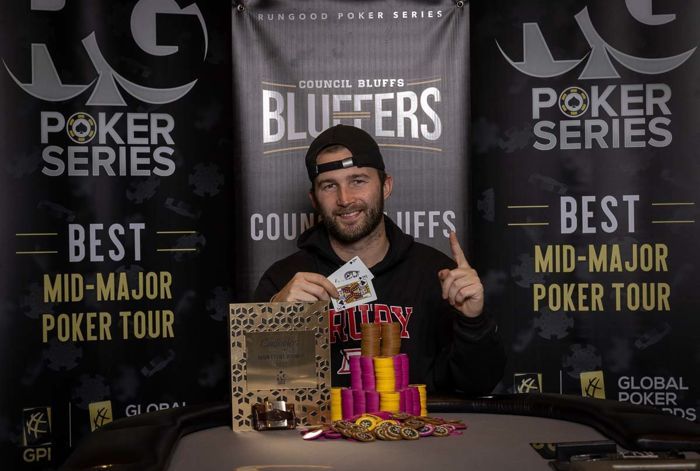 After securing the chop, the four players played out the rest of the tournament for the RGPS trophy and a RunGood ProAm seat, and it was O’Dell who emerged victorious.

After the stop in Iowa, the RunGood team will be off to Jamul Casino for the San Diego Poker Classic, which is slated to run Aug. 18-28. For more information on upcoming RGPS events, visit http://www.rungood.com.