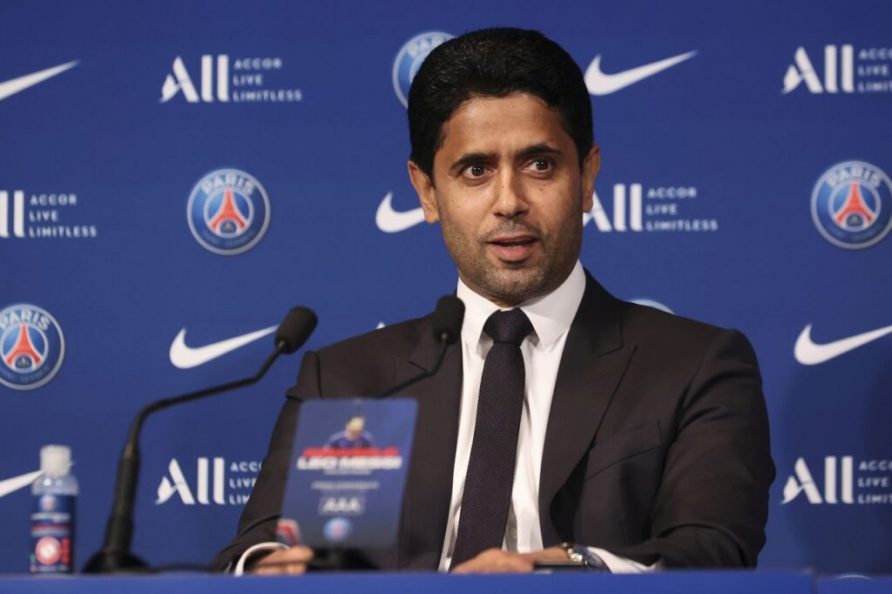 Paris Saint-Germain boss Nasser Al-Khelaifi couldn’t hold back his anger as his team lost 3-1 in Madrid and missed out on qualification for the Champions League quarter-finals. 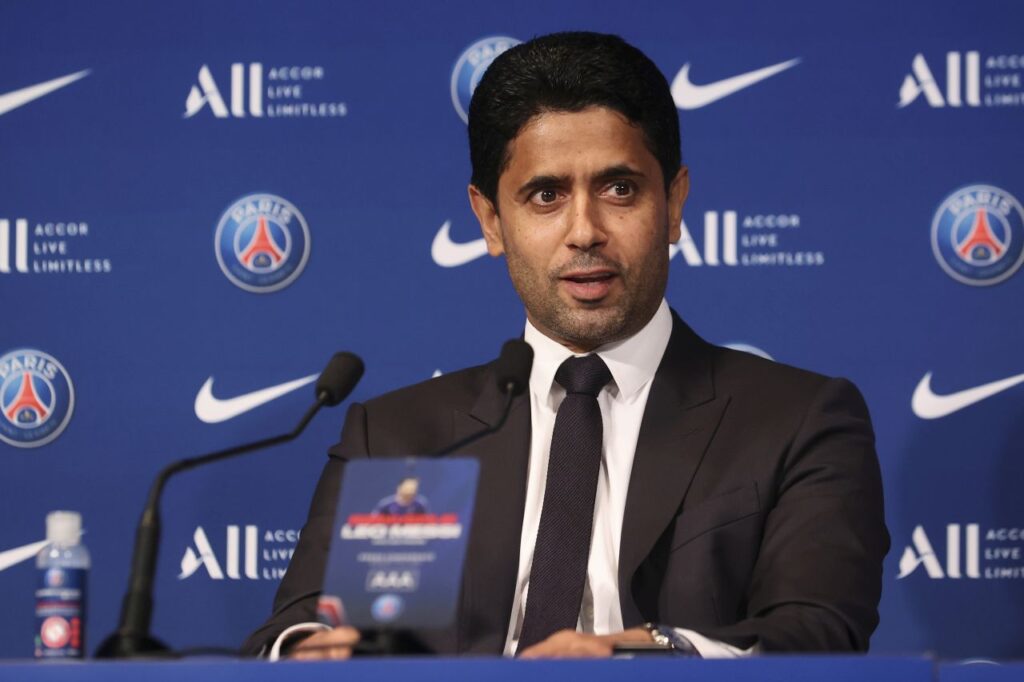 Nasser Al Khelaifi went mad after Paris Saint Germain’s Champions League elimination and asked the refs for explanations for some of their decisions. (Image: Twitter/calciofinanza)

PSG went up after 39 minutes when Kylian Mbappe netted to put the visitors 2-0 ahead on aggregate. But it took Karim Benzema just 17 minutes to net a second-half hat-trick and cancel PSG’s lead. Movistar’s reporter Monica Merchante informed that Al-Khelaifi stormed from his VIP box after the final whistle of the match. He went straight to the match officials’ dressing room to complain.

In his report to UEFA, Dutch referee Danny Makelie wrote that “the PSG president and the sporting director, Leonardo, showed aggressive behavior and tried to enter the locker room”. “They blocked the door and the president deliberately hit one of the assistants’ flags, breaking it”, Makelie added. Also, Al-Khelaifi allegedly shouted “I will kill you” after seeing a Real Madrid staff member filming him. Leonardo then asked for the footage to be deleted immediately.

UEFA has requested the footage from Real Madrid. Apart from the employee filming, Real also had the permanent tunnel cam recording.

The tension was high among the PSG players after the defeat at the Bernabeu. Following a heated exchange of words, Neymar and Gianluigi Donnarumma needed to be separated by their colleagues as the conflict was about to get physical. Neymar reproached Donnaruma the big error that led to Benzema’s equalizer. Donarumma didn’t hold back himself, reminding Neymar that it was his mistake that provoked Real’s second.

“There’s a feeling of injustice,” Poch said. “It was a clear foul from Benzema on Donnarumma. The emotional state of the game changed and we were exposed. It was a big blow because we were the better team in the tie,” Pochettino remarked.

“We had the better of the 180 minutes, but Real Madrid had nothing to lose at 1-1 and threw everything at us,” the Argentine coach stressed.

“It’s not a mistake from Donnarumma because it was a clear foul,” Pochettino insisted. “I’ve seen it 30 or 40 times from every angle. It wasn’t a mistake, it was a foul. Small details count and VAR hasn’t seen a decisive foul,” he said.

Pochettino’s job is also under consideration now, according to the French media. He could be sacked following the early Champions League exit. Manchester United is in pole position to have him as manager next season. Pochettino is at +100 to become the boss at Old Trafford this summer, followed by Ajax coach Erik ten Hag at +190 and Antonio Conte at +650.