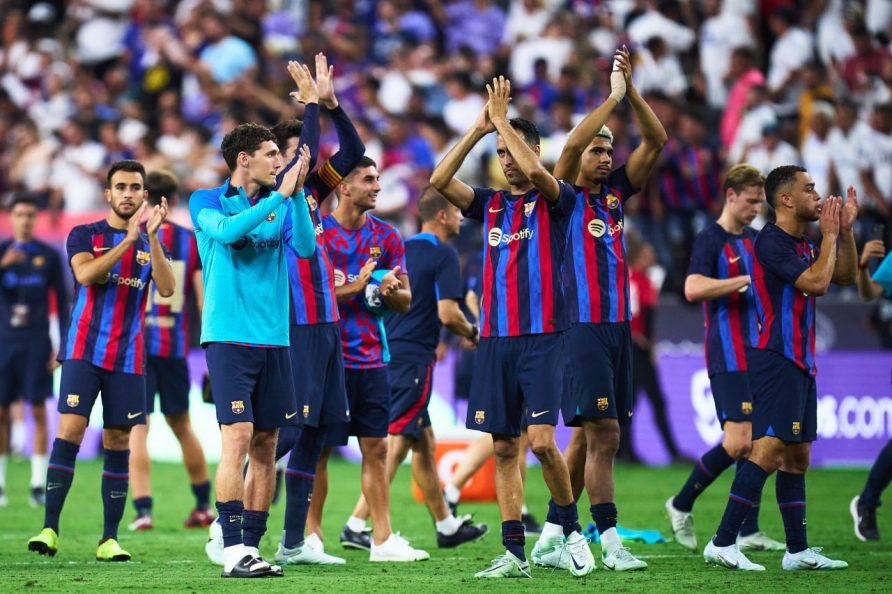 Barcelona beat Real Madrid 1-0 in the summer friendly El Clasico played in Las Vegas. Raphinha settled the affair with a brilliant goal from outside the box after 27 minutes.

Star signing Robert Lewandowski made his debut in the Barcelona shirt, playing the first 45 minutes of the encounter. Real Madrid missed ‘Ballon d’Or’ frontrunner Karim Benzema, who was out with injury and couldn’t play any role in the match.

Lewandowski spoke to Barca TV after the match, saying he felt the intensity of the El Clasico even though we’re only talking about a friendly match.

“It’s El Clasico and a Clasico is a Clasico, it’s always different and special. We’re happy with the quality and the intensity we showed,” Lewandowski said. 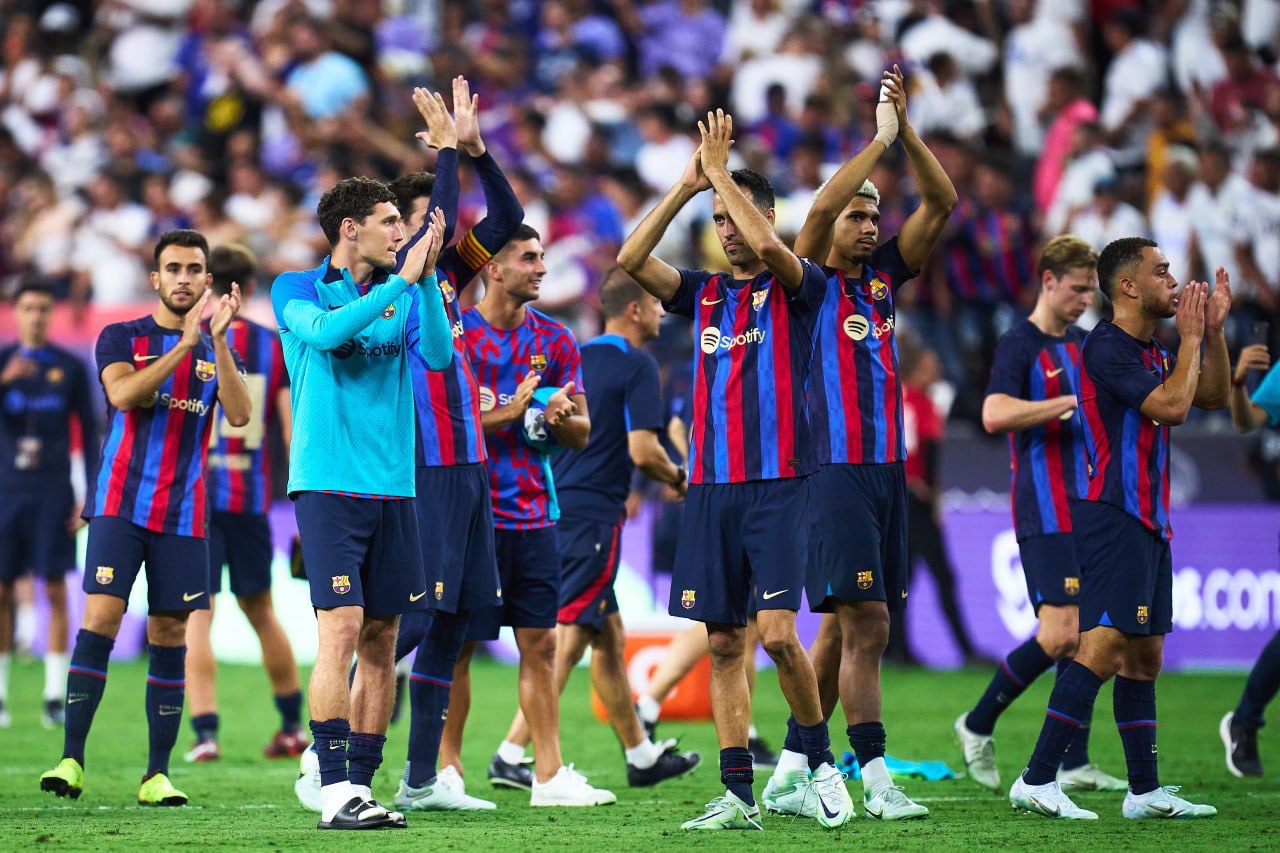 FC Barcelona won the summer El Clasico in Las Vegas 1-0, thanks to a beautiful goal from Raphinha. (Image: twitter/fcbarcelona)

The vibe inside the Barcelona locker room excites the 33-year-old superstar, who just joined for $50 million from Bayern Munich.

“We’re looking forward to the next game, the next training session because you see and feel that something good is coming,” he said.

Lewandowski feels like he’s already been adopted at Barcelona: “I am very excited to be here and to form part of this team. I don’t feel like I’ve been here for just a few days or weeks, I feel like I have been here for a few months. This is something amazing for me, I feel supported by my teammates a lot, and by the staff, I appreciate it a lot.”

🗣 Xavi and Lewandowski, on the win in #ElClasico played in Las Vegas pic.twitter.com/WUJ8LakHsi

Barcelona and Real Madrid offered the fans in Las Vegas a proper clash. There was little indication that it was just a friendly between the two Spanish arch-rivals.

In the 43rd minute, the tension was close to exploding after a nasty challenge from Jordi Alba on Vinicius. The Brazilian went past Gavi, Busquets, and Christensen, but couldn’t avoid Alba’s dangerous attack, with Real’s players furiously threatening their opponents. After a heated exchange, both sets of players calmed down and the match could continue. Alba was sanctioned with a yellow card.

Things are heating up in El Clásico! 👀 pic.twitter.com/sAO84GvCvV

What do odds predict in La Liga?

Next year, Real is expected to battle it out hard with the Catalans for the domestic crown. Real now sits at +110 in the odds rankings, with Barcelona behind at +140. Atletico Madrid is an outsider in the title race, at +550, with Sevilla unlikely to trouble the top three. The Andalusian team is at +2000 to win the league.