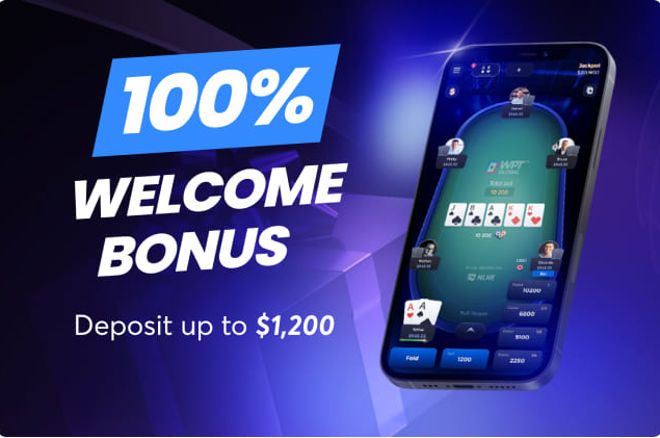 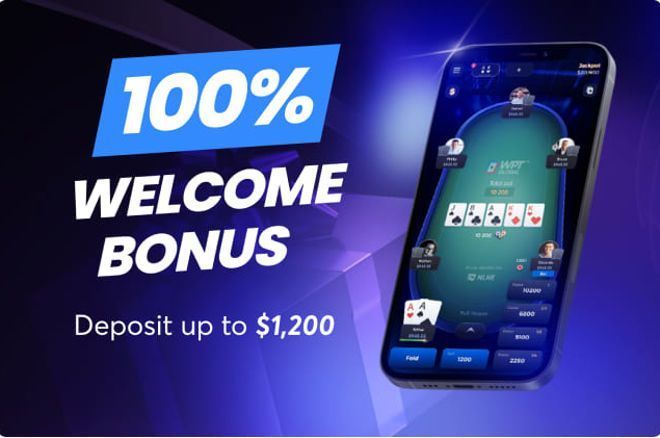 In case you’re not aware, fans of the World Poker Tour (WPT) can now enjoy real money poker games in over 50 countries and dependencies on WPT Global.

Those who’ve heard of WPT Global however, have gone absolutely bonkers for the insane value that up for grabs thanks to the platform’s extremely generous welcome package. In what could be a top five online poker match bonus of all time, players can take advantage of the 100% Deposit Match Bonus which goes as high as $1,200!

To get your hands on the offer, players must do a first time deposit for at least $20. Another great factor about the offer is that claiming your bonus is a piece of cake. Your bonus is unlocked in $5 increments straight to the cashier for every $20 in rake contributions you make through tournaments or cash games.

From August 1-7, and as if it was even possible, the platform is providing even more value for players who join WPT Global for the first time.

By making your first deposit on the platform, you will receive tickets to a host of WPT Summer Festival events, as well as the fantastic welcome package.

The enhanced bonus offer is available to players who download WPT Global via PokerNews. 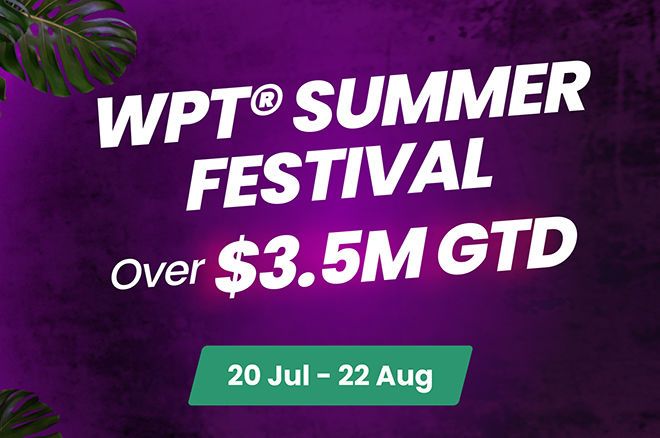 The newly established platform currently has it’s Summer Festival underway, which has over $3.5 million in prize money guaranteed.

The series is also headlined by some lucrative marquee events. The $1 for $1 Million tournament got the twitter world buzzing with some hilarious adverts that featured the likes of Phil Ivey, Brad Owen and Jamie Kerstetter.

WPT Summer Festival now at @wpt_global including the $1 buy-in $1 million guaranteed event. See you there https://t.co/OrL3cXOOJE

That’s right, you can play a $1 million guaranteed event for just $1 and what’s even better is that the tournament is also guaranteed to have a more than $900,000 overlay! Starting flights run every Wednesday and Sunday until August 17, 2022. With Day 2 and 3 playing out on August 21-22.

Check Out the remaining schedule here