Unofficial reports claim at least 17 people lost their lives during the confrontations between Queretaro and Atlas supporters at the weekend. Despite not confirming any casualties, the Mexican Football Federation and the Liga MX officials have slapped Queretaro with lengthy bans. 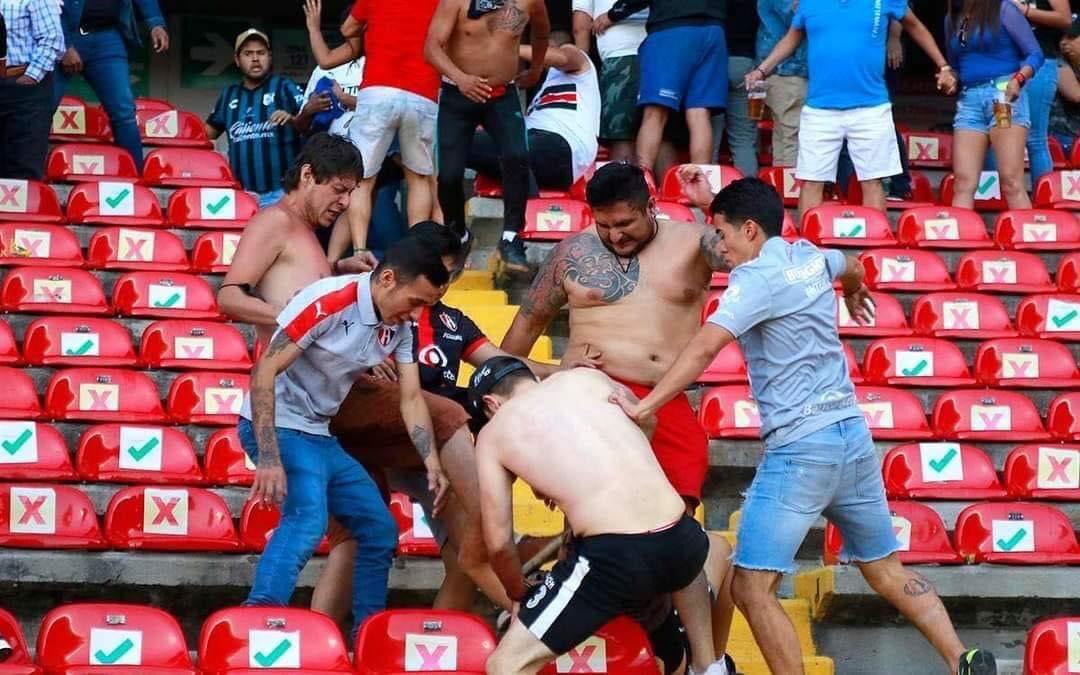 Queretaro’s fans savagely attacked their rivals at Atlas during the game on Saturday. The match was abandoned with Atlas leading 1-0. (Image: Twitter/acueductoqro)

As a result, the club received a one-year stadium suspension, meaning they will have to play behind closed doors until 23 March 2023. The ban applies to the youth teams, as well as the women’s sides. The organized fan groups who support Queretaro received a three-year interdiction at their team’s La Corregidora stadium, but they will be able to attend other games after 12 months.

Queretaro received a fine worth $70k, with the club being demanded to find new owners by the end of the year. The current club hierarchy was also fully suspended following the outrageous incidents against Atlas. Queretaro confirmed through a statement on Friday they will “integrate professionals with proven experience” to lead the club forward.

The Atlas fan groups, who were victims of the attack, can’t attend away matches for six months.

“What happened last weekend not only put many lives in danger, it also damaged the reputation of the state of Querétaro, its people and the club, of Liga MX and of Mexican football both nationally and internationally,” Mexican FA president Yon De Luisa said.

Despite not confirming any deaths, Mexican authorities suspended five officials in the police and civil defense state departments. Those found guilty of assault will be banned for life from entering stadiums in Mexico.