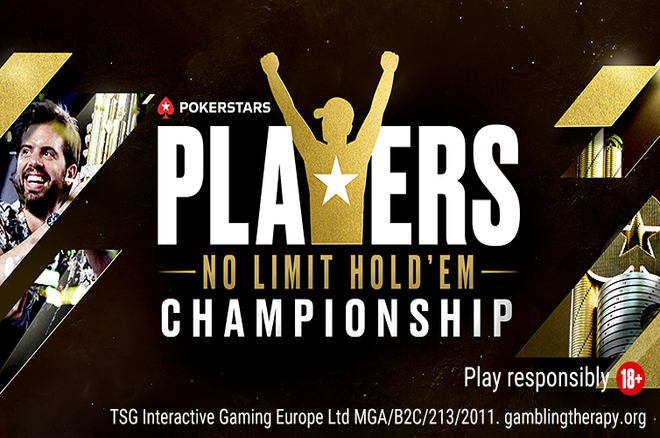 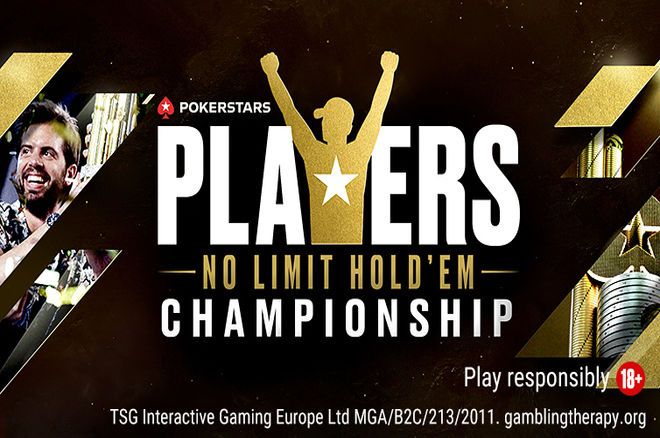 PokerStars has officially been confirmed that the PokerStars Caribbean Adventure (PCA) will go ahead in January 2023, three years on from the last edition.

The announcement also confirmed the return of the second ever PokerStars Players No-Limit Hold’em Championship (PSPC), which runs alongside the PCA. The buy-in for the PSPC will be $25,000, mirroring that of the first instalment.

The dates for the PSPC have officially been set in stone following the 2020 PSPC cancellation and postponement beyond 2021. The PCA runs from January 22–February 3, 2023, with the PSPC taking place from January 30–February 3.

Huge announcement about upcoming live events: confirmed dates for the PSPC and plans for an epic PCA!

“We have missed our live events as much as our players, so it is our true pleasure to announce the PokerStars Players Championship will take place at Baha Mar in January,” said Severin Rasset, Managing Director & Commercial Officer, PokerStars. “Beautiful location, hundreds of qualifiers, with millions to win. If there is one tournament to choose for a once-in-a-lifetime experience, it will be the PSPC.

“We will provide more details soon on how to get your hands on a Platinum Pass – stay tuned!”

PokerStars Welcomes Back the PCA 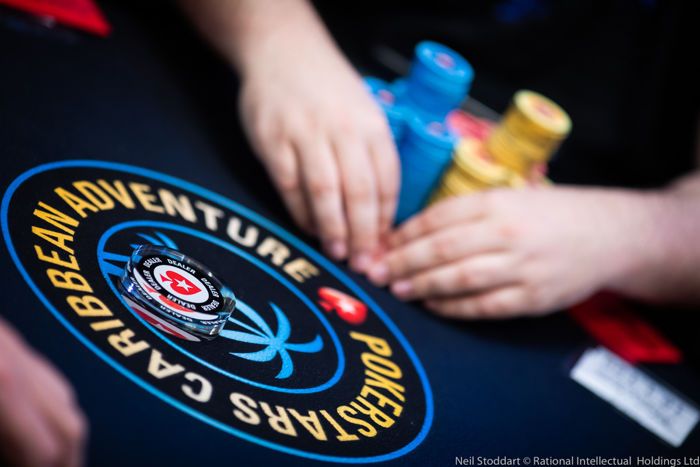 In September 2019, it was reported that the PCA had been discontinued but the event is back on the poker calendar with the PCA heading to the brand new Baha Mar Hotel and Resort, Nassau from January 22–February 3, 2023.

The resort promises the finest hotel accommodation and is packed out with numerous bars and fine-dining restaurants. Guests can also take a break away from the tables and soak up the gorgeous Caribbean sun at the complex’s water park.

While the schedule for the PCA is not finalized, the PCA Main Event buy-in will be $10,300. Those with more modest bankrolls can still be part of the experience as numerous events for just a few hundred dollars grace the schedule, while nose-bleed stakes aficionados will be able to dive into the various High and Super High Rollers. 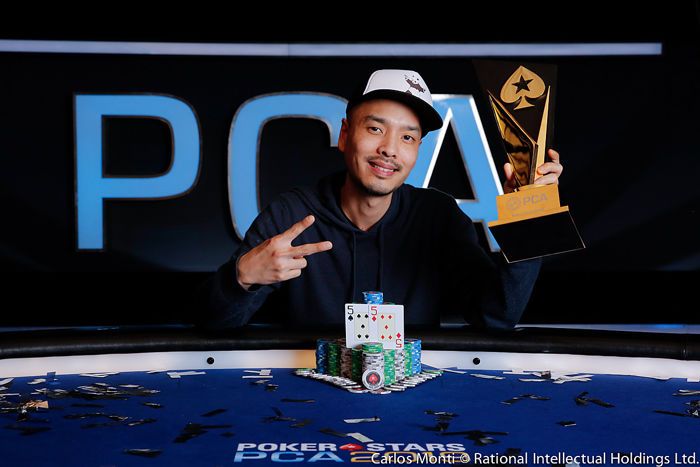 Chino Rheem was the last player to etch his name on the PCA Main Event trophy. He put on a dominant display throughout the event and beat Daniel Strelitz to seal the victory.

Scott Wellenbach helped produce one of the more heartwarming stories to come from the 2019 PCA. The poker philanthropist, who qualified for the Main Event for just $500, promised to donate all his winnings to charity.

The Canadian would go on to make a deep run, finishing in third place for $671,000. This meant over $600,000 went to good causes. You can learn more about Wellenbach and his incredible story by clicking here.

The Return of the PokerStars Players Championship (PSPC) 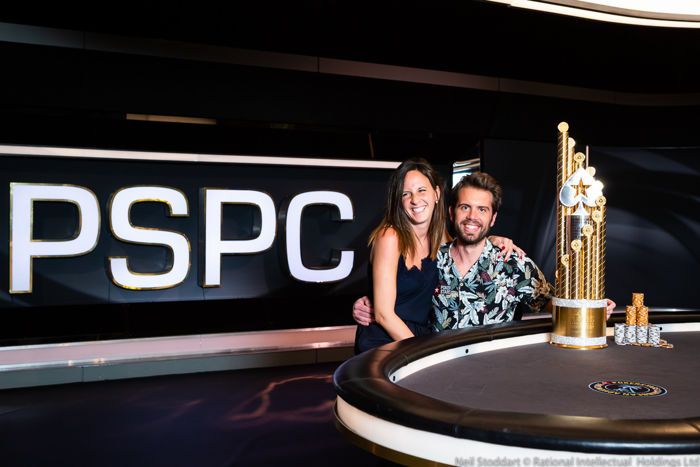 Also announced was the return of the PokerStars Players Championship (PSPC), which will round out the PCA festival from January 30–February 3, 2023.

First held in 2019 during the PCA Festival, the PSPC was a unique event, combining Platinum Pass qualifiers and satellite winners with $25,000 high roller regulars. The event was won by PokerStars Ambassador Ramon Colillas, winning a staggering $5.1 million for his efforts.

After the success of the 2019 event, the PSPC was due to return to the poker calendar the following year in Barcelona, but was postponed until 2021 and seemingly cancelled altogether in the spring of 2021.

At the time, PokerStars Managing Director & Commercial Officer Severin Rasset reiterated his commitment to the tournament, saying that the PSPC would return “as soon as the situation allows”. As we now know, that will be in January 2023. 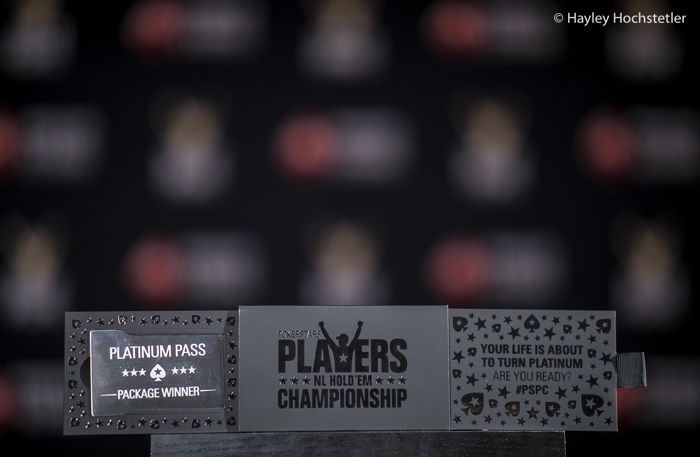 All signs point towards the event in 2023 being even bigger than the first, with plenty of Platinum Passes still burning a hole in the pockets of those who received one for the 2020 event.

Each Platinum Pass package is worth $30,000 and along with the $25,000 buy-in, it has a host of other perks. Up to 400 Platinum Pass winners will play the event, so be sure to keep up to date with how you can get yours.

Buy-in to the $25,000 PSPCSix nights hotel accommodation for winner and a guest in a 5-star hotelAirport transfer$1,900 expense moneyPlatinum Pass Winner experiences during the event

One player who has already booked his place at the PSPC is Greg “Fossilman” Raymer. The 2004 WSOP Main Event Champion rode to victory at the Cardplayer Lifestyle Mixed Game Festival to get the coveted package.

Thank you for putting on this festival. came yesterday to support it, got talked into playing it! YAY RT… https://t.co/YtH1us8c2y

Scott Baumstein, who finished fourth in the 2019 PSPC, will also be flying to the Bahamas after he captured his Platinum Pass at the Moneymaker’s Road to PSPC 2020 Seminole Hard Rock.

Several more players have already secured their seats, so be sure to check out who else will be there. All the Road to PSPC 2020 champions should qualify for 2023.

PokerStars players can get their hands on a Platinum Pass in the ongoing The EasterWithAces series which runs until April 17.

Begin Your Road to the PSPC with a $600 Welcome Bonus