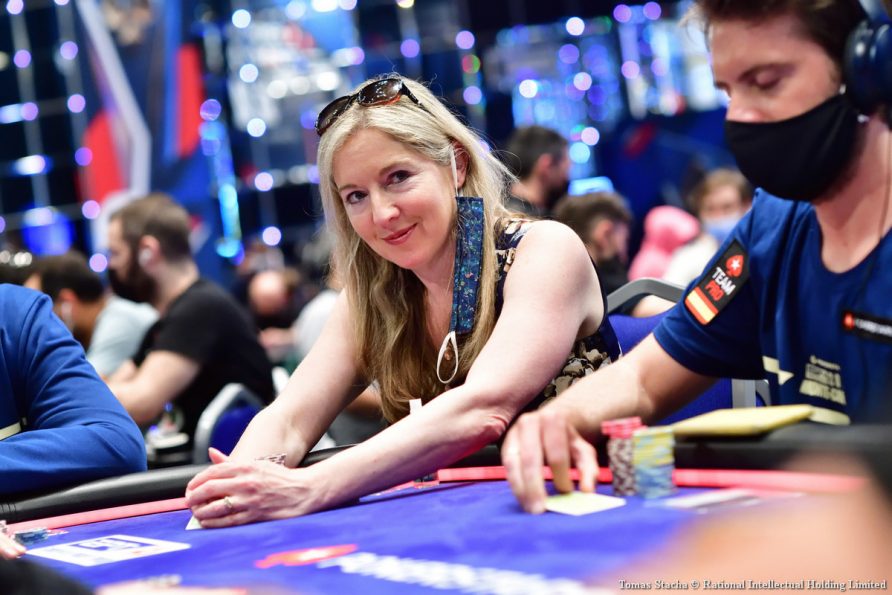 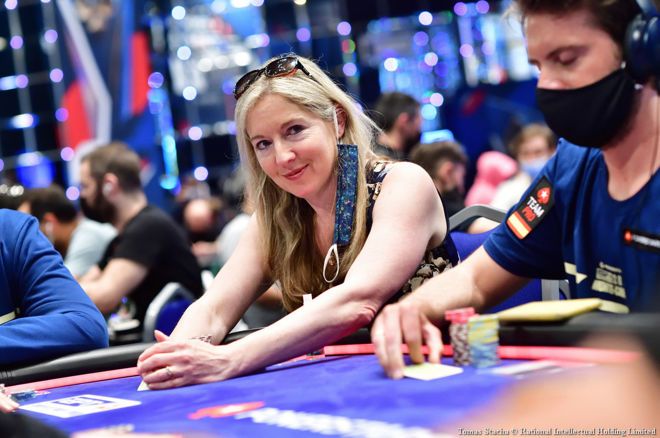 For a while, Victoria Coren Mitchell says she was “the respectable face of poker.”

“Although now you might just as well say I’m the degenerate face of quizzing,” she told PokerNews.

The writer turned poker player is best known in the poker world for being the first player to win two European Poker Tour titles.

Now, eight years later and 40 kilometres down the coast from where she secured that historic title, she spoke with PokerNews about returning to the tour.

Return of the EPT

Coren Mitchell is a regular at EPT Monte Carlo, having played in every single one since 2016. With the return of the EPT in Prague attracting record fields, and over three years since she last traveled abroad, she said it was great to be back.

“Sam Grafton texted me and told me there was going to be an EPT Monte Carlo this year, and I thought that would be a nice holiday!

“I’m not surprised that there are a lot of people up for a bit of gambling after the last few years. I think the lesson has very much been – you never know. So you might as well have a spin.

“[The EPT festivals] always felt like they had a lot of people. You always thought, ‘God that’s a huge amount of money! Where do all these people find this money to play?’ It always felt like a lot.”

A well-publicised fear of flying — a therapist she saw to combat this fear died in a plane crash — means that Coren Mitchell invariably drives or takes the train to the south of France. This time she drove, taking a week and seeing a bit of France in the process, including what she describes as a “creepy medieval festival.”

“There were these people processing through the streets wearing helmets, driving sheep and goats ahead of them, and playing the drums. It was genuinely the most frightening thing I’ve ever seen. Absolutely terrifying thinking there was about to be a human sacrifice. After that, I would say good luck trying to scare me with your all-in three-bet!” 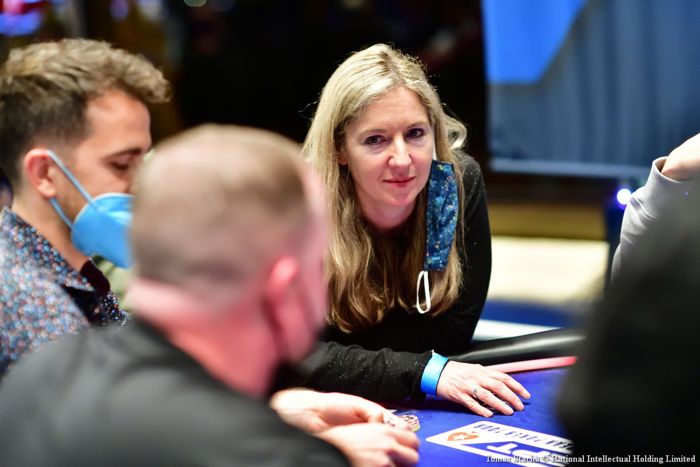 Coren Mitchell welcomed a baby daughter with husband David in 2015, and says that both before and after the birth of her child she tried to approach poker with a balanced perspective.

“I was drawn to poker for the shadiness and danger and risk, as well as the fun of the game. Both things. It’s nice to think that people remember me playing poker, but I worry about that responsibility.

“I play a lot less because I have a child now. But you come to somewhere different, have a bit of sunshine, and have a spin in a big competition. And not go skint trying! And that absolutely hasn’t changed.”

Even so, Coren Mitchell admits that at times during her poker career — during which she has amassed over $2.5 million in career earnings — she has contemplated going pro.

“There have been times where I’ve thought about playing all the time. I thought ‘I seem to do alright at poker. I make money doing it. And it’s really fun.’ And I’ve resisted that temptation.

“Because I always thought, that maybe then it might stop being fun. Or it might feel like a job. Or then I might have a terrible losing streak, and then where will I go?”

The Importance of Enjoying Playing Poker

One of the people that Coren Mitchell points to who struck the perfect balance when it came to poker, is Brighton & Hove Albion football club owner Tony Bloom.

“I always used to think as long if you do lots of different things and juggle a bunch of stuff, then usually chances are one bit of it is going alright.

“I always admired people like Tony Bloom. He’s one of the great poker players. He might not be talked about now unless people know who he is and that he has a football team, but to me he was a guy who played poker for fun, and turned a proper profit year on year. He never lost that much, and it was part of a range of things in his life. To me that was absolutely admirable.

“I never put myself in the position where if I didn’t cash or win a poker tournament I’d be in terrible shape. There are plenty of people who have won lots of money playing poker, some great players, some players that I knew, some I didn’t.

“For me, it’s less about winning than not playing too many tournaments. If you can beat the game – or not go broke doing it – it’s a really nice way to play a game, do a bit of traveling, and have some fun playing in competitions.