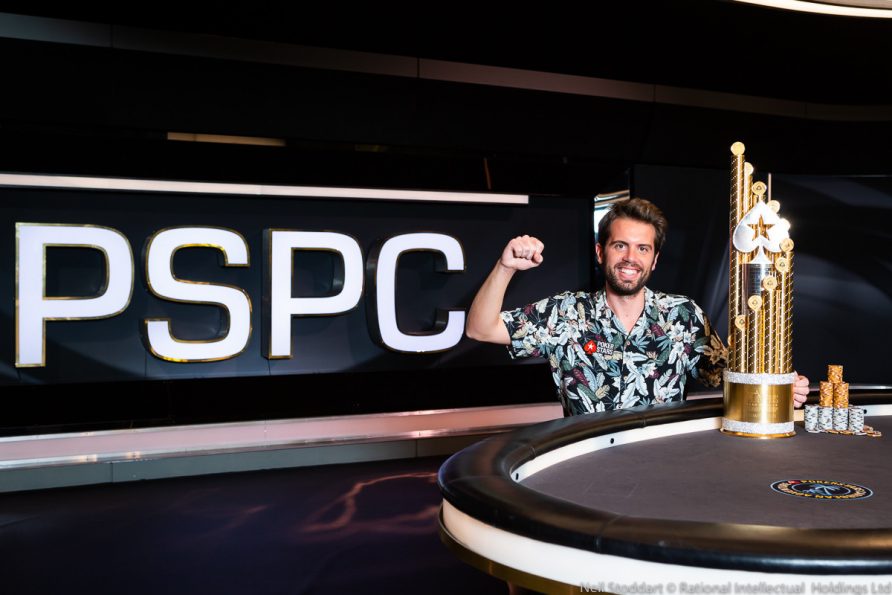 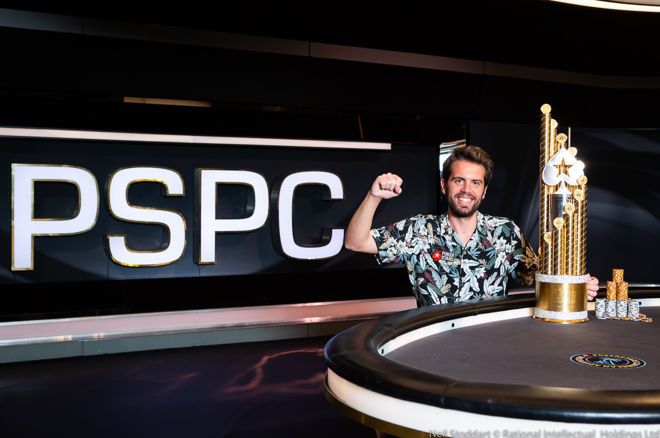 With the PokerStars No Limit Hold’em Players Championship returning to the live poker scene in 2023, the poker world is looking forward to seeing whose life will be forever changed by adding one of the most prestigious poker titles to the resume.

One player who certainly knows that experience is 2019 PSPC winner Ramon Colillas who sat down with PokerNews to discuss his experience of 2019 and how he can finally answer players’ questions about when the next PSPC will take place!

Read More: PokerStars Heads Back to Bahamas for PCA and PSPC in January 2023

Colillas went from a local Spanish grinder to a worldwide poker name after he won the inaugural PSPC. Colillas, a Platinum Pass winner, went the distance in the largest-ever $25K buy-in event and took home a life-changing payday of $5.1 million dollars.

He would stage a heads-up comeback against three-time WSOP bracelet winner Julien Martini to pull off the feat.

Colillas says he is very excited for the return of the tournament that propelled him into the poker limelight.

“I can’t wait for the second edition to arrive. Just to be able to play it and enjoy the tournament all over again!”

“For me it was a unique tournament,” he told PokerNews. “I fulfilled a dream! I can’t wait for the second edition to arrive. Just to be able to play it and enjoy the tournament all over again!”

Now a PokerStars Ambassador, we asked Colillas whether he had any special memories from the last tournament.

“I don’t think there was a specific moment, but I’ll always remember the love I felt from the entire poker community throughout the tournament. Especially when I made it to the final table.

“The tournament changed me both personally and professionally, mainly in terms of media coverage. So many people recognise me because of the PSPC, whether in tournaments or even on the street!”

The make-up of the PokerStars Players Championship field is what made the first tournament so special, mixing satellite qualifiers and package winners with $25,000 buy-in regulars in the hopes of winning a life-changing sum of money.

“Seeing a recreational player, a professional player, an elite athlete or someone who is playing live for the first time all sat at the same table is spectacular.

PokerStars ambassador Colillas has been quite the coup for the Spadie brand. After his breakthrough moment, he has put in impressive performances on the felt since live poker returned following the pandemic.

Colillas then nearly added an EPT title to his list of accomplishments. He would be the runner-up in EPT Prague’s Event #14: €2,150 No Limit Hold’em – Hyper Turbo Knockout for a further $30,677.

Although exact details of how players can win PSPC packages for 2023 haven’t been released, Colillas says that he’s always fielding questions about the next edition.

“Dreams can come true but above all else, enjoy yourself”

“I always used to get questions about PSPC and when it’s next going to happen when I’m talking to players. In general, I see a lot of enthusiasm ahead of return of the tournament.”

So what does advice does the defending champion have for players hoping to win a Platinum Pass this year like he did?

“Do not hesitate, go for it! Dreams can come true but above all else, enjoy yourself.”