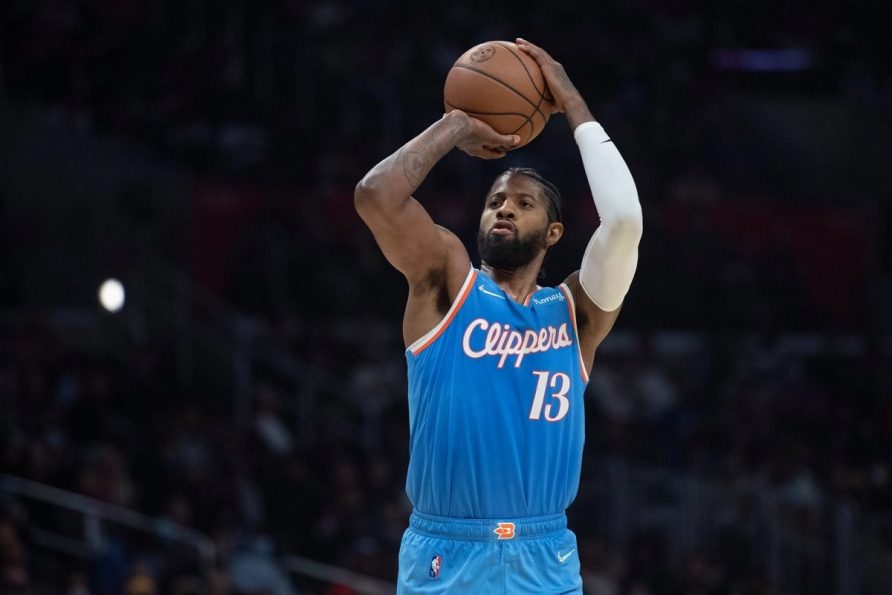 The Los Angeles Clippers played most of this season without their two superstar players — Paul George and Kawhi Leonard — but the team got some good news when George was cleared for practice after missing three months with an elbow injury. 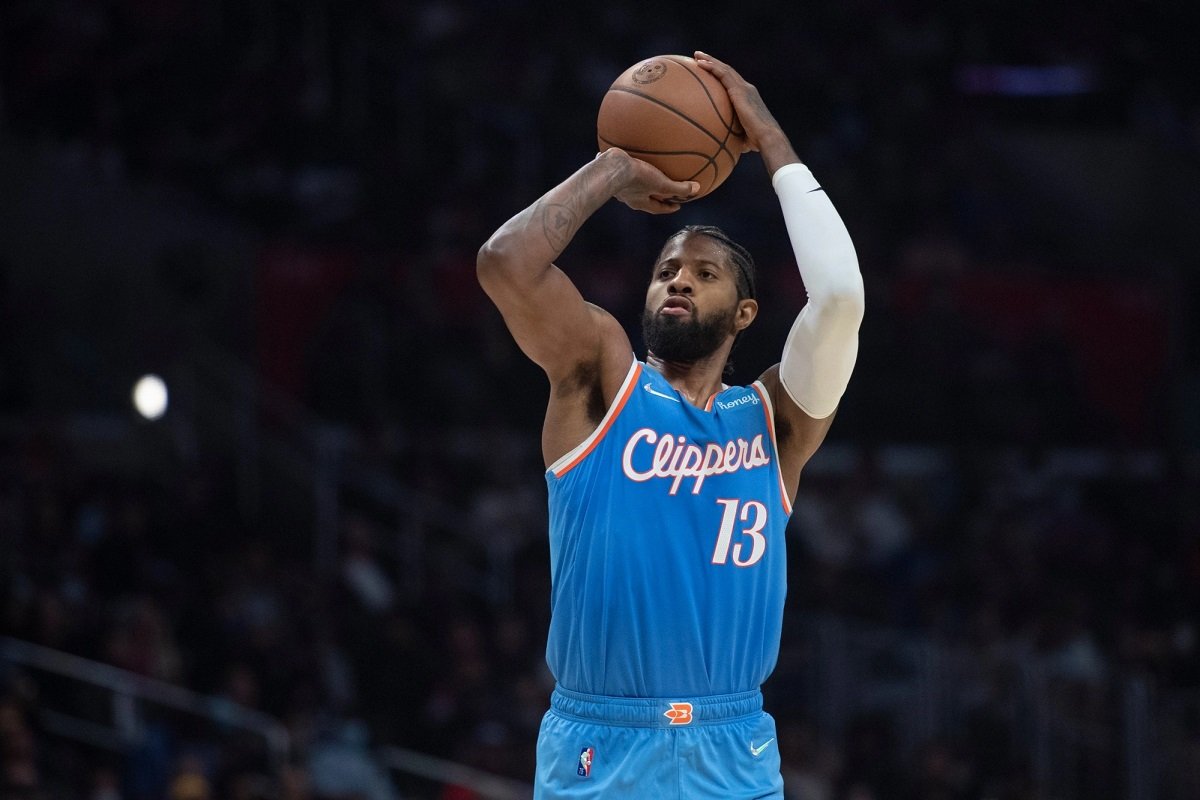 Paul George shoots a free throw for the LA Clippers in December before he suffered an UCL elbow injury. (Image: Getty)

Kawhi blew out his ACL in last year’s playoffs. His rehab progressed at a much faster pace than the original estimate, so fans got excited at the possibility that Kawhi could return in time for the playoffs. However, with a couple weeks remaining in the regular season, it’s an outside shot that Kawhi returns.

However, George made huge strides with his elbow injury and he’s back with the team at their practice facility.

George appeared in 26 games with the Clippers this season averaging 24.7 points, 7.1 rebounds, and 5.5 assists. Without George in the lineup, Reggie Jackson emerged as the team’s top scorer (16.9 ppg), but it’s been a true team effort. Seven different players led the Clippers in scoring over their last ten games.

The Clippers (36-38) struggled this season without their All-Stars, but they still managed to stay in contention. The Clippers currently occupy the #8 spot in the Western Conference playoff standings, but they trail the #7 Minnesota Timberwolves (42-32) by six games.

If the season were to end today, the Clippers would be headed to the Western Conference play-in tournament. The winner of the #7 versus #8 teams plays a single game with the winner earning the #7 seed. The loser will face the winner of the #9 versus #10 to determine the final playoff spot and the official #8 seed. Those two teams include the Zion-less New Orleans Pelicans (31-42) and awful LA Lakers (31-42), who were on the verge of missing the playoffs.

The Clippers are in the middle of a four-game losing streak. They dropped seven out of their last nine games.

George suffered the non-contact injury in early December, but the Clippers sat him for two weeks hoping that rest would suffice. George returned for two games just before Christmas and averaged 21 ppg, but the elbow injury generated pain and swelling. That’s when the Clippers decided to sit for a couple more weeks.

George underwent an MRI, which revealed a torn ulnar collateral ligament injury in his right elbow. The team and George opted for rest instead of surgery, but he has not played in over three months.

Head coach Ty Lue described the workout as minimal contact, which just means shooting and conditioning. When George gets cleared for full-contact practice, then he’ll be much closer to returning to the lineup.

“He hasn’t felt any pain, so that is a positive thing,” said Lue. “Just working on his conditioning and just making sure he can continue to go through the minimal contact without having any issue. So as of right now, it hasn’t been a problem.”

The Clippers have eight games remaining in the regular season. They would like George to get in a game or two before the season ends to gauge his effectiveness.