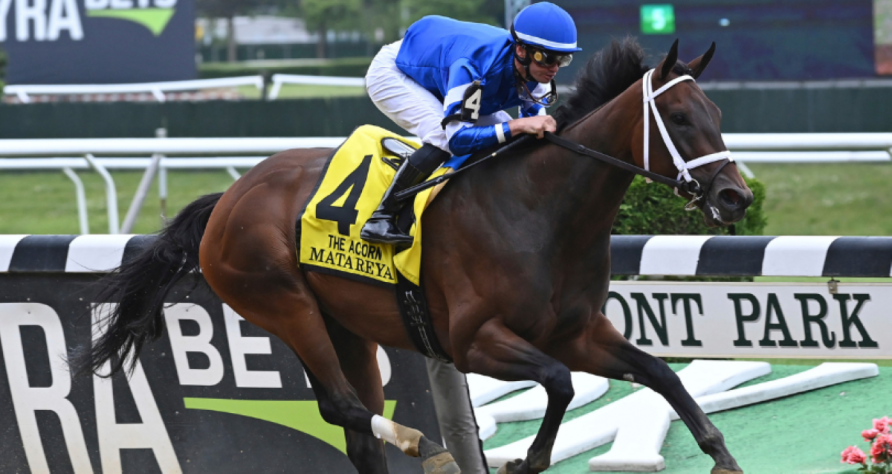 The aptly named Grade 1 Test Stakes applies to six of the seven 3-year-old fillies in the field. And it’s a test that — according to Matareya — none of the six are likely to pass. 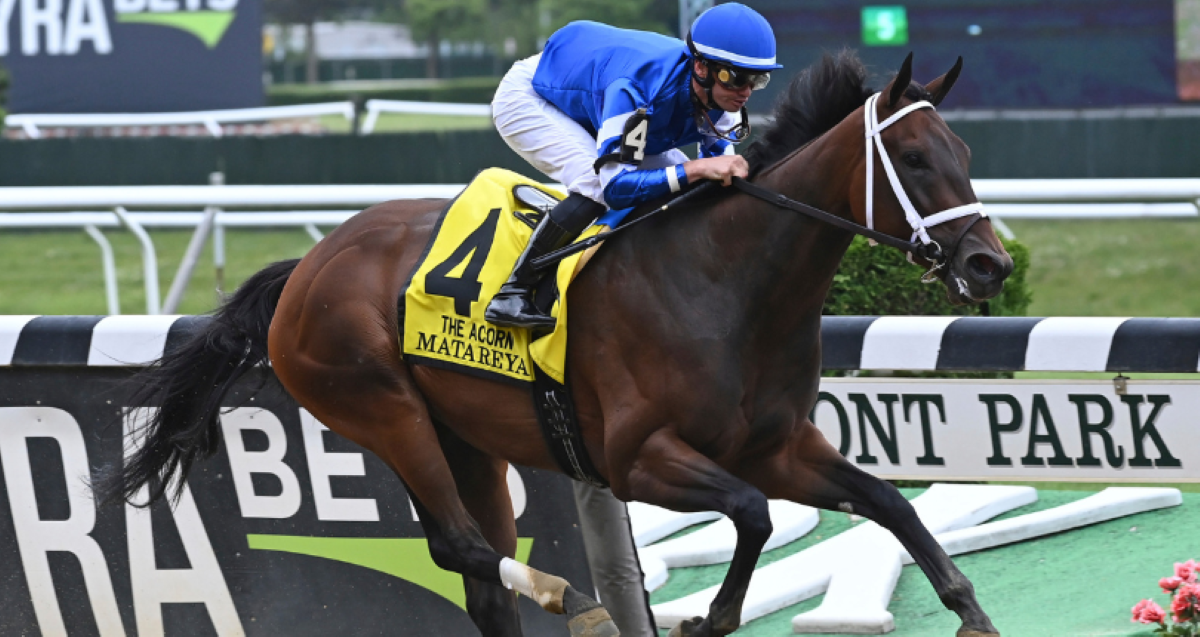 That’s due to Matareya, the leader in this class. She brings her 4-for-4 record this year into the first of three Grade 1s on Saratoga’s Whitney Day Saturday card.

Besides the Whitney, Saratoga’s Saturday card also includes the Grade 1 Saratoga Derby, the second leg in the Turf Triple. It also offers the Grade 2 Glens Falls for older fillies and mares.

Those all figure to be more competitive than the Test, a seven-furlong sprint that falls right into Matareya’s wheelhouse. She’s won her 2022 starts by a combined 22 1/4 lengths. That includes winning her first Grade 1 at the Acorn Stakes on the Belmont Stakes undercard. Matareya wired the field as the 3/10 favorite.

Cutting Matareya back sprung her forward

That’s been the latest step in a progression that began when trainer Brad Cox watched the daughter of Pioneerof the Nile in her four 2-year-old races. As a juvenile, Matareya was 1-for-4. She won her debut last August at Ellis Park, before Cox jumped her to the Grade 1 Alcibiades, where Matareya finished fifth.

Two more seconds followed. That prompted Cox to rethink what kind of runner Matareya was.

“We really liked her last year. We thought she was one of our better fillies,” Cox told the New York Racing Association. “I thought originally, she would maybe stretch (out) just based off pedigree and how she trained, But we kind of see in her races that she wasn’t finishing up quite like we were hoping around two turns.”

“We did ask her to run around two turns in two very good races with the Alciabiades and the allowance race at Oaklawn (Park), which had Secret Oath in it. So it was quality fields, but once we cut her back to one turn, she seemed to be a different horse.”

Meticulous climb up the class pyramid

That became apparent the first time Cox turned her loose this year. That produced an easy 5 1/4-length win in a second-level February allowance at Fair Grounds. In her next start, Matareya took apart the Grade 3 Beaumont at Keeneland by 8 1/2 lengths. There, she stalked the pace, before Flavien Prat opened the jets in the stretch. The 94 Beyer Speed Figure became a career-high.

Matareya kept moving up the class pyramid. She won the Grade 2 Eight Belles on the Kentucky Oaks undercard by 2 1/4 lengths. That set the table for her 6 1/4-length romp in the Acorn.

“It was huge. (Owner) Godolphin will add her to their broodmare band and that’s very powerful,” Cox said. “It’s big for us and them to have these fillies with big pedigrees to perform in the afternoon at the graded stakes level.”

Along with Cox’s guidance, what makes Matareya so lethal is two-fold. First, there’s that quick turn of foot that gives her an instant advantage. Second, there’s her versatility.