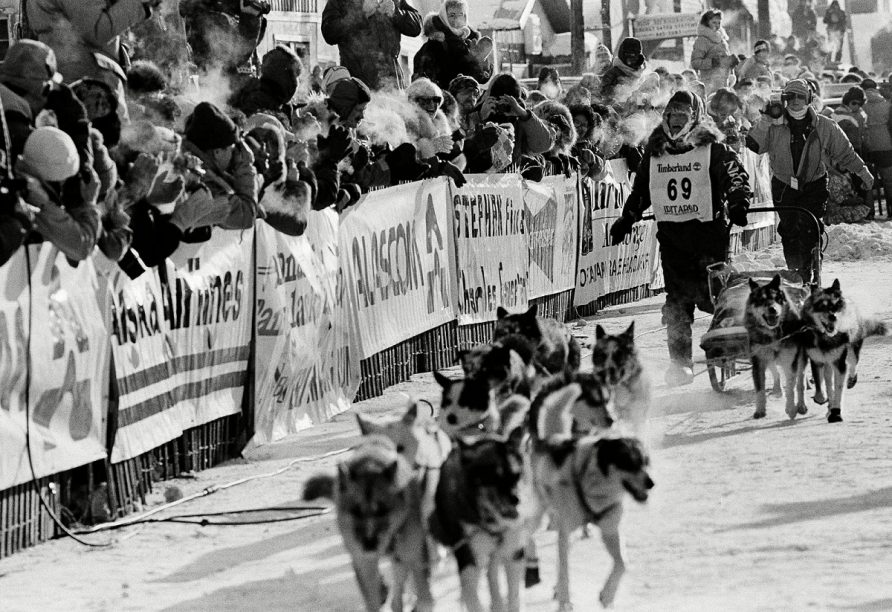 This year marks the 50th running of the grueling Iditarod Trail Sled Dog Race in Alaska from Anchorage to Nome, and to celebrate a half-century of sled dog racing, we compiled a complete list of Iditarod winners, including the names of the lead dog or dogs for every champion from Dick Wilmarth in the first race in 1973, through Susan Butcher and her four victories, to Dallas Seavey with a fifth victory in 2021. 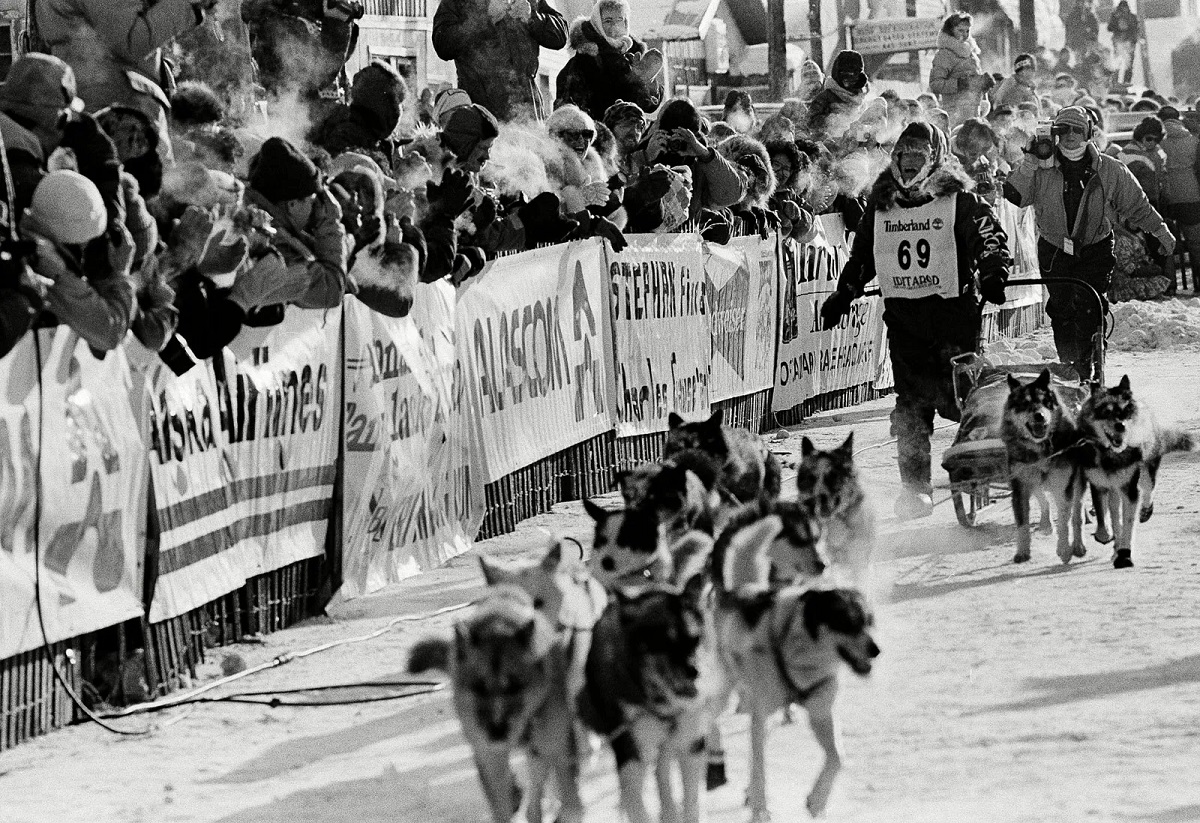 In 2021, Seavey won his fifth Iditarod and tied Rick Swenson for most victories in the great Alaskan sled dog race. Seavey added his name to the list of Iditarod winners when he first became a champion in 2012.

Swenson, a five-time winner in the Iditarod, secured his first win in 1977 and his last win in 1991.

The Iditarod is one of the few sports that allow men and women to compete against each other, because the Alaska wilderness is equally brutal on men and women. Susan Butcher, American’s greatest female athletes, won the Iditarod four times including three consecutive victories in the late 1980s. 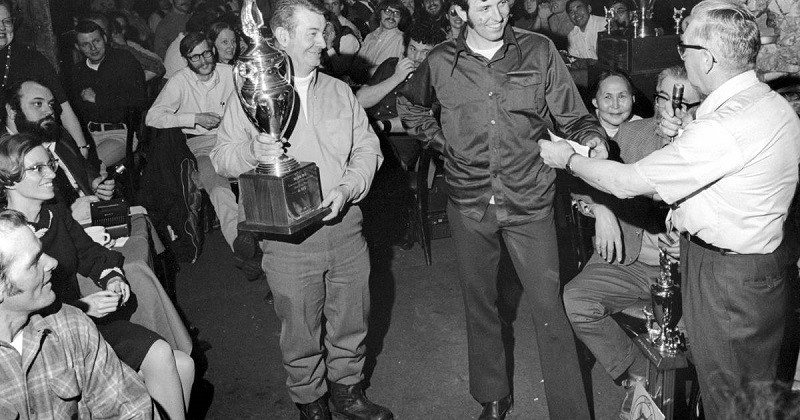 Dick Wilmarth accepts the trophy for the first victory in the inaugural Iditarod in 1973. (Image: AP)

Wilmarth won the inaugural Iditarod in 1973 thanks to his lead dog Hotfoot. It took him 20 days to complete the sojourn. Other early winners at the Iditarod included Carl Hunnington, Emmitt Peters, and Gerald Riley.

Minnesota-born Swenson won his first Iditarod in 1977 with lead dogs Andy and Old Buddy. It took Swenson 16 days and 16 hours to complete his first victory. He added a second victory in 1979 and became the first musher to win the great sled dog race twice. He added back-to-back victories in 1981 and 1982 with Andy once against as his lead dog to become a four-time Iditarod champion. 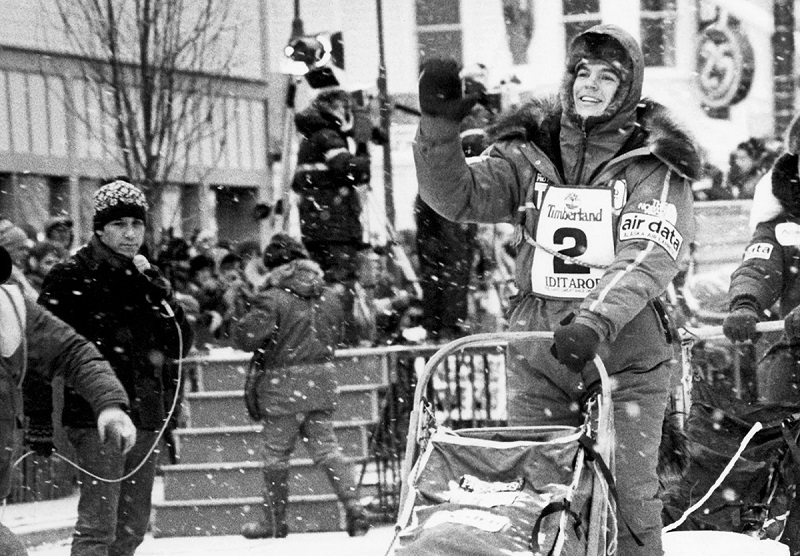 Susan Butcher proves her first victory at the Iditarod was not a fluke with back-to-back wins in 1987. (Image: AP)

Butcher grew up in Massachusetts, but moved to Alaska because she loved the outdoors. She is a self-taught musher who got hooked on the sport. Butcher became a household name when she became the first woman to win the Iditarod in 1986. Little did she know it would mark the first of four overall championships and that New Yorker magazine would profile her in 1987.

Butcher and her lead dog Granite won the great Alaskan race three times together for a three-peat between 1986 and 1988. In 1990, Butcher won her fourth Iditarod with Sluggo and Lightning as her lead dogs.

Swenson added a fifth victory in 1991 to take the overall lead with five titles. Swiss musher Martin Buser added two wins in 1991 and 1994. Jeff King ended the 1990s with three victories and different lead dogs in each win.

At the turn of the century, it marked the dawn of a new era, yet despite all the technological advances in the world, the Iditarod was still a test of endurance and will. Doug Swingley won three races in a row between 1999 and 2001 with Stormy as his lead dog to join the exclusive four-timers club joining Swenson and Butcher.

Buser, the legendary Swiss musher, returned with a huge win in 2002 to become a four-time champion. Although the 2022 race was 80 miles shorter, Buser set a new record by reaching Nome in less than nine days.

Lance Mackey ended the 2000s with a four-peat. Mackey had Larry as his lead dog three of the times, and Maple as a lead dog twice. 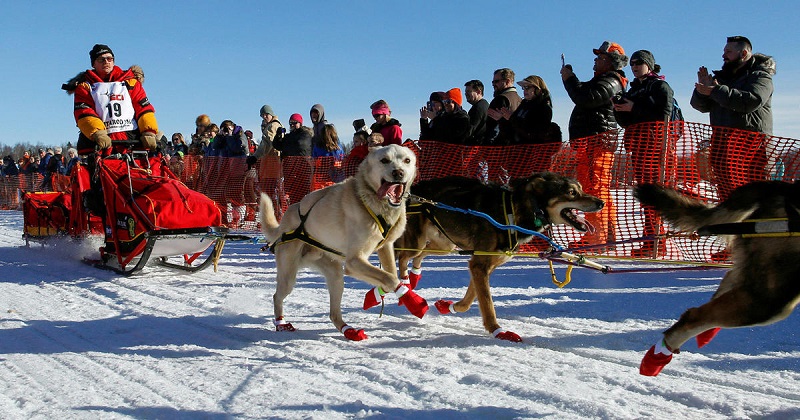 In 2017, Mitch Seavey defeated his son Dallas to become the oldest musher to win the Iditarod at 57. (Image: AP)

The Seavey clan dominated the 2010s with Mitch Seavey snagging two titles (and his third overall) and his son Dallas reaching the finish line first five times, including three-straight victories between 2014 and 2016. There was a six-year stretch when the Seavey family won the Iditarod between 2012 and 2017.

In 2020, while the COVID-19 pandemic shutdown all pro sports in North America, the Iditarod was the last major sporting event still going on. Norway’s Thomas Waerner won his first title in 2020 with lead dogs K2 and Bark in harness.

In 2021, during the age of COVID-19, organizers shortened the race. Despite the altered course, Dallas Seavey snagged his fifth win.

Only nine mushers were Iditarod winners on multiple occasions. Dallas Seavey and Rick Swenson are tied with five wins each. However, old-school mushers think Swenson’s victories were far more impressive considering the grueling conditions in the 1970s when mushers spent significantly more time on the race course in the Alaskan tundra and did not have the benefit of better technology and warmer clothing.