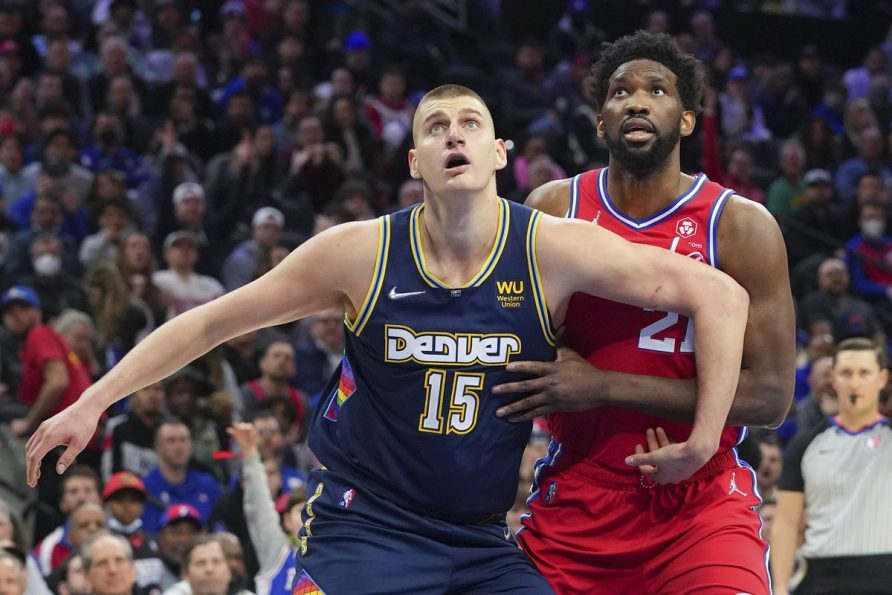 With less than two weeks remaining in the NBA regular season, it’s close two-way race to determine this year’s MVP with Joel Embiid from the Philadelphia 76ers at -105 odds, and Nikola Jokic from the Denver Nuggets as the slight favorite at -125 odds to win the MVP in back-to-back seasons. 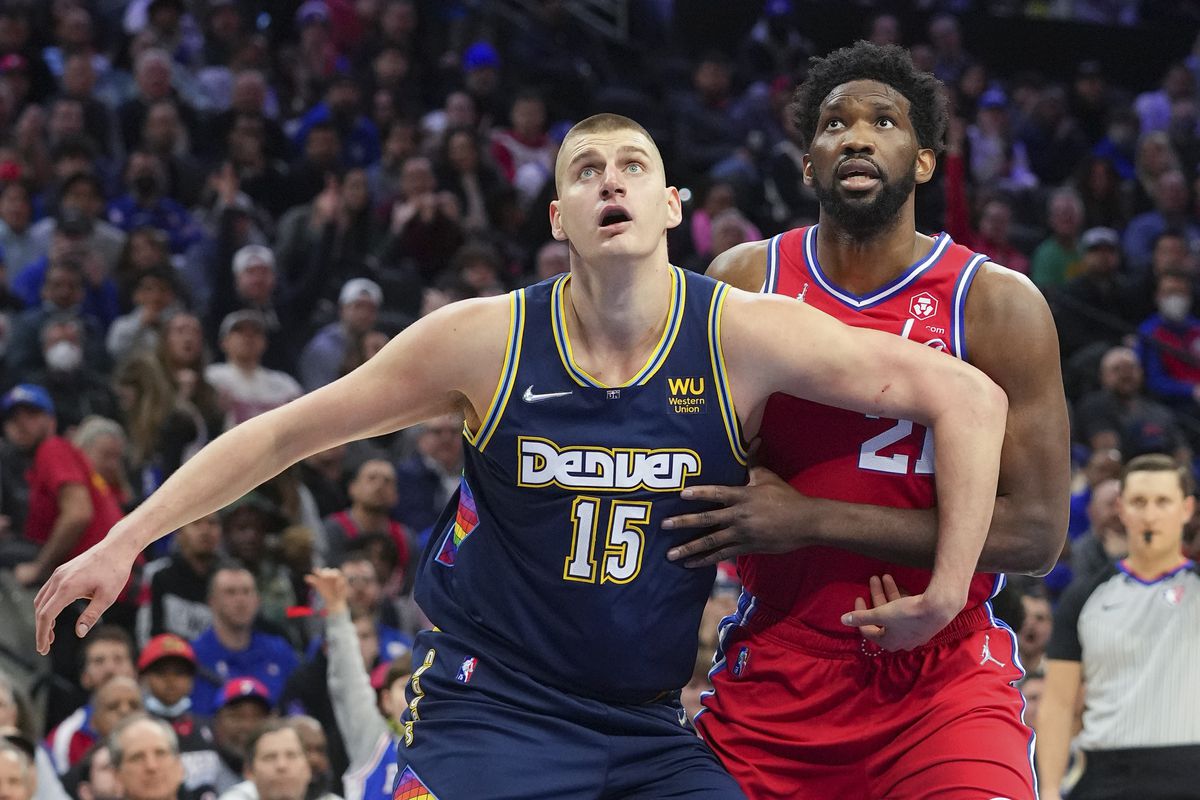 MVP favorites Nikola Jokic from the Denver Nuggets and Joel Embiid of the Philadelphia 76ers contend for a rebound after a missed free throw. (Image: Porter Lambert/Getty)

Jokic attempts to become the fourth NBA player in the last decade to win the MVP in consecutive seasons. LeBron James won the MVP in 2012 and 2013 with the Miami Heat, Steph Curry won back-to-back MVPs in 2015 and 2016, and Giannis ‘Greek Freak’ Antetokounmpo in 2019 and 2020.

Both Jokic and Embiid opened the season at +1500 odds to win the MVP, with Curry as the consensus favorite. Curry and the Golden State Warriors were hot in the first two months of the season, and Curry saw his odds peak at +180 before he got bogged down in a shooting slump.

Some players like Ja Morant and DeMar DeRozan are playing the best individual seasons of their career, but it’s a coinflip between Jokic and Embiid because they were the top two players in a recent straw poll cast by NBA MVP voters.

Embiid became the consensus betting favorite at +200 odds at the start of the new year. During a sensational January, Embiid averaged 34 points and 10.8 rebounds per game while shooting 54.2% from the floor. The 76ers were 11-3 in the 14 games he appeared in during January.

Shortly before the trade deadline, 76ers traded disgruntled Ben Simmons to the Brooklyn Nets in exchange for unhappy James Harden. The 76ers needed the offensive boost to alleviate the burden on Embiid, especially in the upcoming postseason. Even with Harden in the lineup, Embiid averaged 30.1 ppg in March.

The 76ers find themselves in a four-way sprint to the finish line, where four teams have a chance at securing the #1 seed in the Eastern Conference playoffs. The 76ers are the #4 seed right now, yet they’re just 1.5 games out of first place.

Embiid seeks his first MVP award, and he’s close to even money at -105 odds over at DraftKings. However, the edge goes to Jokic because the Nuggets were banged up all season and Jokic carried the team on his back.

Jokic has been putting on a one-man show in the Mile High City. It’s sad because fans are unable to watch games on TV due to a dispute with Altitude, their local cable provider. For a third-straight season, Fans can only watch Jokic and the Nuggets if they’re on nationally televised games on ESPN, ABC, or TNT.

Fans are missing one heck of a performance from Jokic without two key starters. Jamal Murray missed the entire season while recovering from an ACL injury. Michael Porter, Jr. did not look like his old self at the start of the season mainly because he had a lingering back injury. The Nuggets decided to shut down Porter, who underwent back surgery. He’s yet to return, which left Jokic as the team’s primary scoring option.

The Nuggets are notorious for their slow starts. After starting the season 15-16, they went 30-15 since Christmas. The Nuggets hold down the #6 seed in the Western Conference, but they have the same record as the Utah Jazz with the #5 seed. Jokic is the main reason the Nuggets are not fighting on the bubble for a shot at the play-in tournament.

Jokic averages 26.3 points, 13.6 rebounds, and 8.0 assists per game. He also tallied 19 triple-doubles this season as the premier passing big man in the league. His PER rating of 32.74 is the best in the NBA. He’s just 0.1 ppg off his career scoring high from last season when he won the MVP.

Jokic has been near the top of the prop betting board all season, but he’s now the clearcut betting favorite to win the MVP at -125 odds.