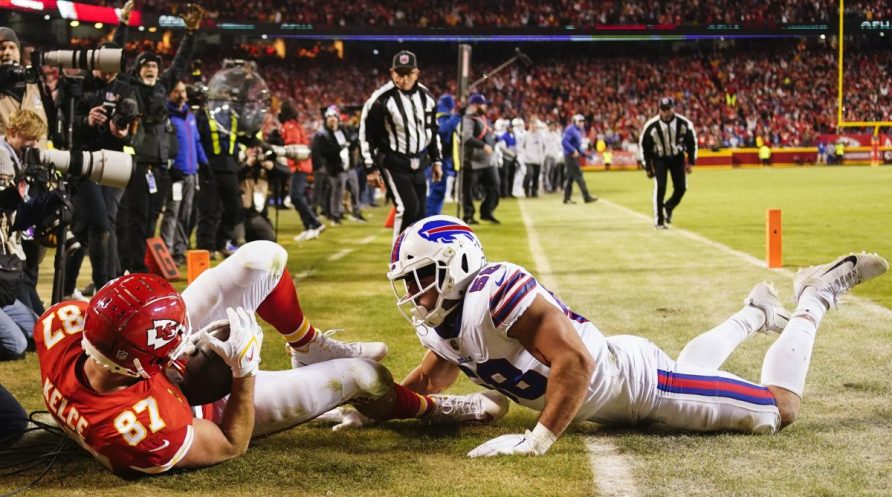 NFL owners voted to end the controversial overtime format and the new rule gives both teams at least one possession each in the playoffs, including the Super Bowl, while the status quo remains for regular-season games in which a touchdown on the first possession ends the game. 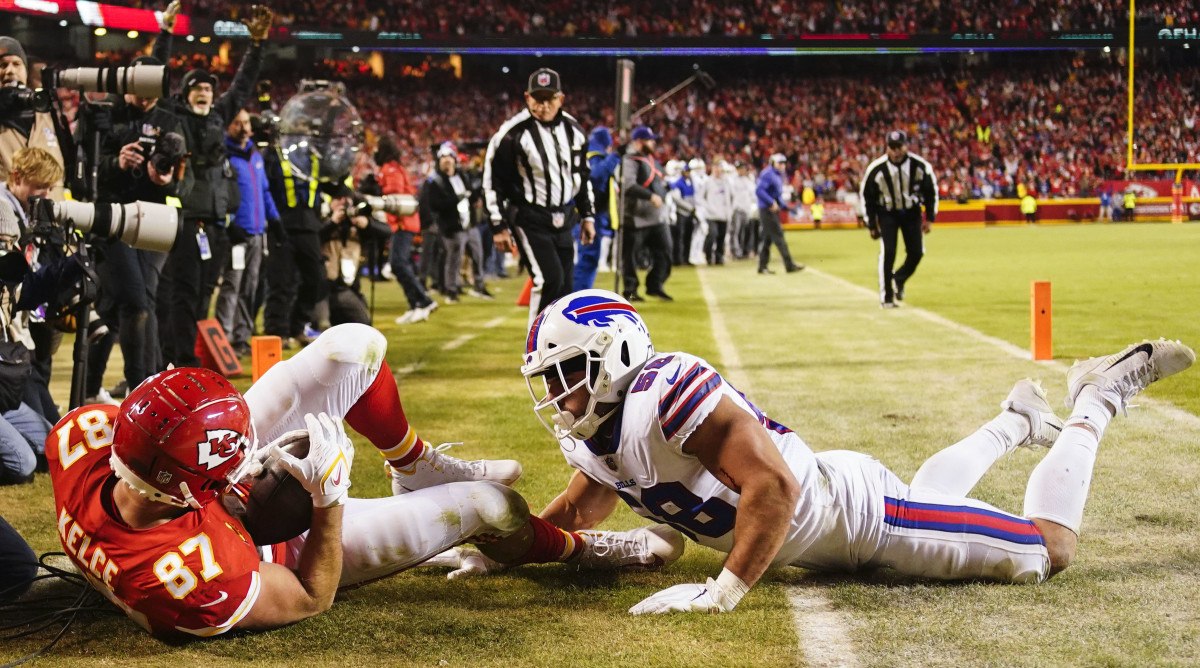 Travis Kelce from the Kansas City Chiefs caught a game-winning pass in overtime to defeat the Buffalo Bills in a shootout to advance to the AFC Championship Game. (Image: Getty)

The issue came to head at this year’s owners’ meeting in Florida after the Buffalo Bills lost 42-36 to the Kansas City Chiefs in the AFC Divisional Round that’s been dubbed the greatest playoff game of all time. However, the big drawback of the Chiefs’ overtime win was the simple fact that the Bills didn’t get a possession in overtime for a chance to tie it up.

The Philadelphia Eagles and the Indianapolis Colts proposed the overtime rule change for all games, both in the regular season and the playoffs. That notion wouldn’t pass until a compromise was reached in which the new rule would only apply to overtime in the playoffs. Owners voted 29-3 in favor of the new playoffs overtime rule.

By chance both teams are tied after one possession each, the sudden death rule kicks in and the next score wins, even if it’s a field goal.

We suggested that the NFL adopt MLB’s extra-inning rules and give every team an equal amount of possessions (even with additional ties), with the home team getting last licks.

The NFL changed its sudden-death overtime rules in 2012, making it so that a field goal would no longer suffice on the opening drive, and the team that won the coin toss had to score a touchdown to secure a victory. Otherwise, the game would move to sudden death if there was no scoring on the first possession.

There were only 12 overtime games in the NFL playoffs since 2010, which didn’t provide enough of a sample size to provoke a clear decision. Seven of those overtime games were won outright on the first possession. In total, 10 out of the 12 teams that won the coin toss won in overtime.

“It’s the only postseason overtime games we’ve had,” said competition committee chairman Rich McKay. “Those 12 games are as important to those franchises as any they are ever going to play in their history. It’s not a sample size of 25 or 30 games, but it’s the only sample size we have, and each one ends somebody’s season. So for us, this was something we thought we needed to change.”

The Tennessee Titans proposed that a team could win the game on the first possession with a touchdown and a two-point conversion, but that was shot down.

Many insiders believed the rules needed to be changed prior to this year’s Bills/Chiefs playoff thriller. The 2018 AFC Championship game between Kansas City Chiefs and New England Patriots inspired the initial discussion. It seemed like the passing of the torch between a veteran quarterback like Tom Brady and the hot, up-and-coming superstar Patrick Mahomes. However, Brady wasn’t about to give up the throne so quickly.

The Pats/Chiefs game headed into overtime where the Patriots won the coin toss, and Brady marched them down the field to win the AFC Championship with a touchdown. Mahomes and the Chiefs didn’t get a chance to touch the ball in overtime, which was a bummer.

Fans cried foul that Mahomes didn’t get a chance to tie/win the game, but many football fans in New England believed it was just spilled milk and unnecessary hate thrust upon the Evil Empire. However, the outcome definitely got everyone talking about looking to change the antiquated and unfair overtime rules that were ultimately decided by the winner of the coinflip.

After the Bills lost to the Chiefs in January, many NFL owners were willing to engage in more serious discussions about an overtime rule change for the playoffs at the next owners’ meeting at the end of March.