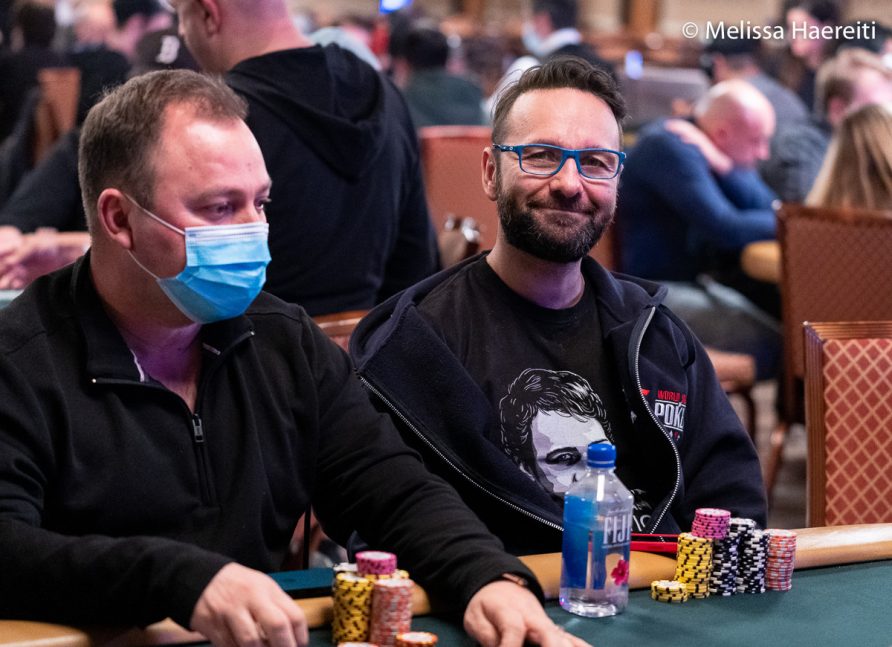 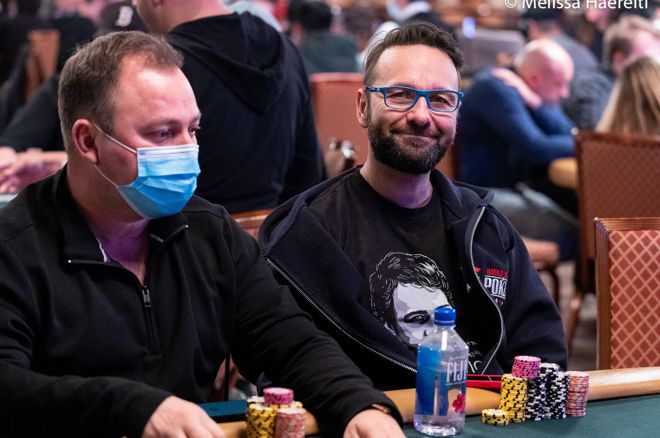 GGPoker ambassador Daniel Negreanu is no stranger to playing high-stakes poker. “Kid Poker” has battled with the best players in the world for more than two decades, and has accumulated almost $46 million in live tournament cashes. He boosted his winnings tally by $216,000 on March 2 by taking down a $15,300 high roller event at the Wynn Millions festival in Las Vegas.

Negreanu’s return to form in high roller and super high roller events is impressive to say the least. Taking down the $50,000 No-Limit Hold’em Event at the 2021 PokerGO Cup in November for $700,000 seems to have reignited Negreanu’s passion for high-stakes tournaments.

Negreanu’s latest high roller victory came in the second high roller event of the Wynn Millions festival, a $15,000 buy-in affair that drew in a crowd of 40 entries. Only the final six players received a slice of the $600,000 prize pool, with Sergio Aido being the unfortunate soul to pop the money bubble.

Ali Imsirovic was struggling to keep his head above water and was the sixth place finisher despite doubling through both Sean Winter and Ren Lin. Imsirovic finally came unstuck when he three-bet all-in over the top of a Negreanu raise with a pair of red kings in the hole. Negreanu looked him up with ace-king, flopped an ace, and won the pot.

Winter crashed out shortly after Imsirovic. He committed his last 5,000 chips with queen-five on a ten-high flop only for Sergi Reixach to snap-call with pocket aces. The turn and river were void of drama, and Winter headed to the cashier’s desk.

Fourth-place and $66,000 went to Brock Wilson who called off his short stack from the big blind with ten-five of clubs after Lin opened from the small blind. Lin put in calling chips with his pair of sevens, which held to reduce the player count by one.

Heads-up was set when Negreanu sent Lin to the showers in third place, a finish worth $96,000. Negreanu min-raised to 100,000 with pocket nines before calling Lin’s 820,000 all-in bet. Lin turned over ace-six of diamonds, but could not find an ace on the jack-high board.

That hand gave Negreanu a 2,570,000 to 1,430,000 advantage over Reixach but victory was far from assured, such is the talent of Negreanu’s final opponent. Negreanu had Reixach on the ropes but the Spaniard fought back and refused to be beaten. Something had to give and it did when Negreanu moved all-in with what turned out to be nine-eight and Reixach called off his short stack with pocket fours. A nine appeared as the door card, and it proved enough to bust Reixach and hand another high roller title to Negreanu.

Negreanu will be back in action on for the $10,000 buy-in $10 million guaranteed Wynn Millions Main Event on March 3, although his celebratory tweet states he will be buying in during late registration.

You can follow all the action from the $10 million guaranteed Main Event right here at PokerNews. Our live reporting team is on the ground from the first hand being dealt to the champion being crowned. Will that champion be Negreanu? We do not have long to wait to find out.