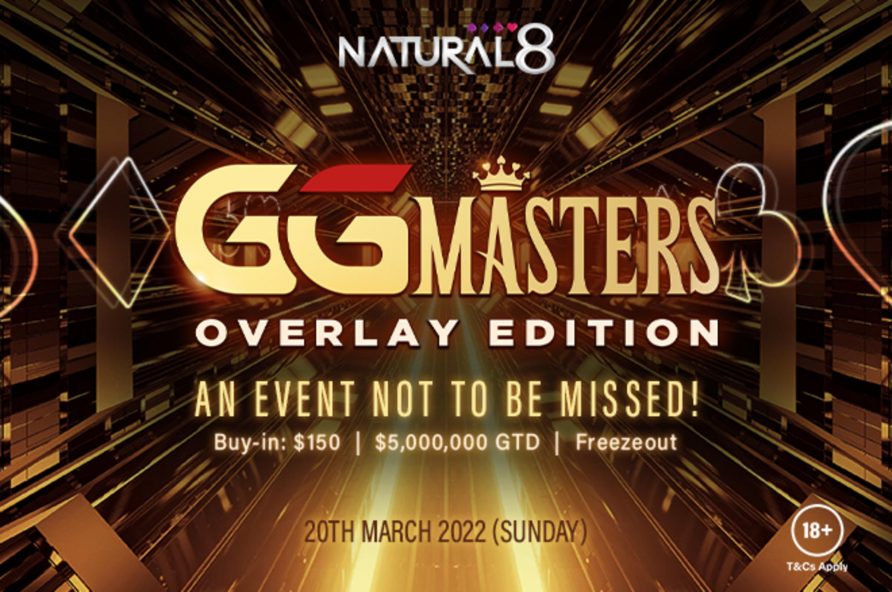 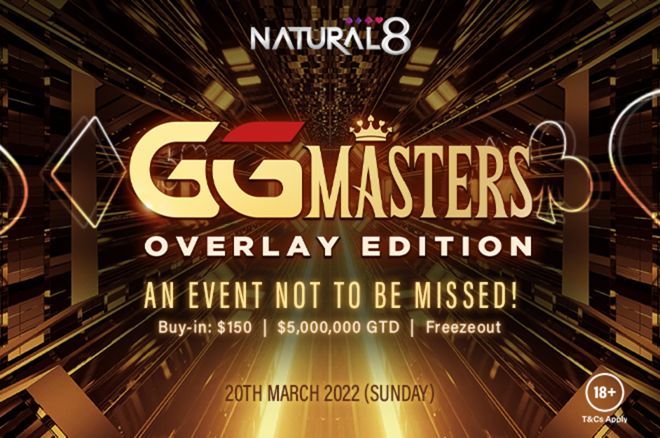 Natural8 – Asia’s largest online poker room – has announced another major promotion, this time aimed at low to mid-stakes players. To celebrate the second anniversary of its iconic GGMasters, a special Overlay Edition will be held on March 20, 2022.

With an incredible guarantee of $5,000,000, a massive overlay is almost certain to provide additional value for all participants. This series has been organised to show gratitude to players for the rapid growth throughout the last few years, in which Natural8 (on the GGPoker Network) has become among the industry giants.

For what seems to be the highest value tournament ever, the guarantee for this Overlay Edition is ten times the usual prize money. The tournament – with its price tag of $150 – usually attracts a few thousand players and has a $500,000 guarantee. A massive 36,000 entries will be required to cover the ambitious $5 million guarantee, and the event is almost certain to result in massive overlays.

Unlike most other major tournaments on Natural8, GGMasters is a Freezeout and players only have one unique entry. This concept doesn’t change for the special GGMasters Overlay Edition either. Players will only be allowed to enter once for their shot at glory and a potentially life-changing payday!

The event will cover all regions and time zones, with three available starting days on March 20 and a flight dedicated exclusively for the Asia-Pacific region. All those making it through their respective Day 1s will then return on March 21 to burst the money bubble and battle for significant prizes.

Players with a lower bankroll that cannot afford direct entry also have the chance to win their buy-in through various satellites. In order to locate the qualifiers, Natural8 now features its own tab dedicated to the anniversary tournament. For as little as $5 and up to $15, players can win their entry for each of the three flights.

Beyond that, the same tab also features the other weekly GGMasters tournaments such as the $1,050 High Rollers ($1 million guarantee on Sundays) and the $300 Bounty edition ($500,000 guarantee). They are part of an expanded schedule, which has emerged throughout the last two years following the successful introduction of the GGMasters Series.

Natural8 is Asia’s largest online poker room that is geared towards recreational players. Anyone can join for free, and there are no hidden fees. On top of the $120 million guaranteed prize pool for tournaments every month, Natural8 also offers players extra incentives in the form of monthly promotions and cashback programs.

Natural8 also has a cashback loyalty programme called Fish Buffet, where players can earn points playing poker or casino games on Natural8. Points are awarded at different rates depending on the type of game played, and the more points you collect, the bigger your cashback!