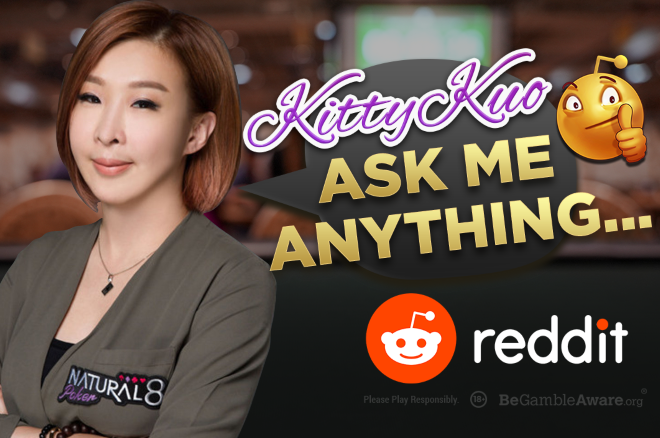 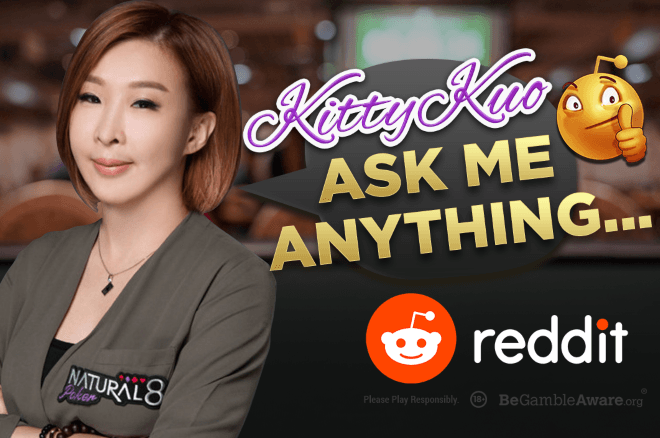 August is shaping up to be an exciting month on Natural8. The latest All-In or Fold side games have become a hit for the online poker room and furthermore, the platform is reaching out to its community.

Later this week, there will be a special guest appearance on the GGPoker subeddit. Natural8 ambassador Kitty Kuo will be taking part in an “Ask Me Anything (AMA)” event on the social media site, where all her fans will be able to put forward any question(s) they would like to ask Kuo.

The AMA takes place on Thursday, August 4 at 5 p.m. UTC. However, if you have any questions for Kuo, you should head over to r/GGPokerCommunity as soon as possible to submit them.

All-In or Fold Side Games Make a Splash on Natural8

Who is Kitty Kuo?

Kuo is a professional poker player who has made over $2.6 million in tournament winnings as well as appearing in multiple World Series of Poker (WSOP) and World Poker Tour (WPT) tournaments. Her tournament victories include a WSOP Circuit ring in 2010 and an Asia Poker Tour Main Event win in 2021. In 2009, she won the Red Dragon Cup and simultaneously claimed the first Asia Player of The Year (APOY) award.

A member of Natural8’s Team Hot since 2016, Kitty is considered as one of Asia’s top female poker players, especially after she championed the Asian Global Poker Index rankings in 2013 and joined the Global Poker League (GPL) in 2016 as a member of Team San Francisco Rush.

In between playing at various poker tournaments, she also travels extensively, shops, and creates waves on her Twitter account.

Ask me anything but make sure u can handle I answer go ur side https://t.co/q28DFPaUkl

If you ever have any questions about poker, travel, shopping, or even her very public search for a boyfriend, here’s the time for you to ask away!

*Information courtesy of The Hendon Mob 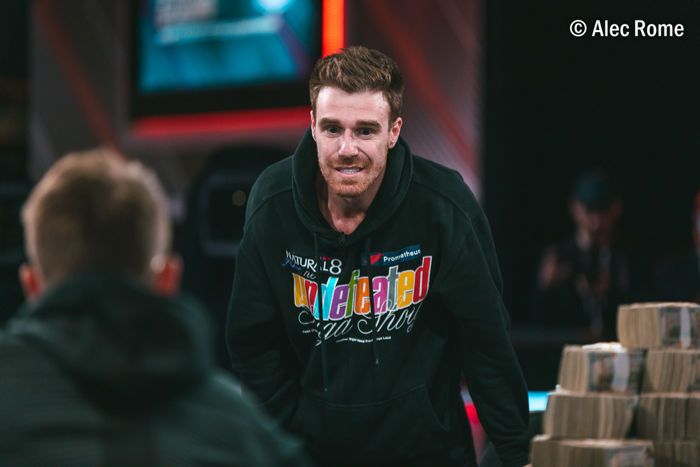 Like Kuo, 2022 WSOP Main Event runner-up Adrian Attenborough, is also a member of Team Hot, having recently re-signed with Natural8. The Australian pocketed $6 million for his second-place finish and will now represent the brand globally.

Attenborough made several headlines as the WSOP Main Event neared its conclusion. Heroic plays against Matija Dobric brought the poker world to its feet. He then caused a huge discussion in the poker community after going into the tank for 19-minutes when heads-up for the WSOP Main Event bracelet.

Join Natural8 with a 200% Match Bonus

Natural8 is Asia’s largest online poker room and geared towards recreational players. A skin on the reputable GGPoker Network, Natural8 is fully licensed and authorised. Anyone can join for free, and there are no hidden fees. On top of the $120 million guaranteed prize pool for tournaments every month, Natural8 also offers players extra incentives in the form of monthly promotions and cashback programs.

There are plenty of promotions available for players new to Natural8, including the $8 Instant Deposit Bonus (with a minimum deposit of $10) as well as the First Deposit Bonus – where players can choose between a 200% match bonus (up to $1,000) or $100 in instant rewards. New user specials on Natural8 amount to a total of $1,608 – easily one of the best in the online poker scene.