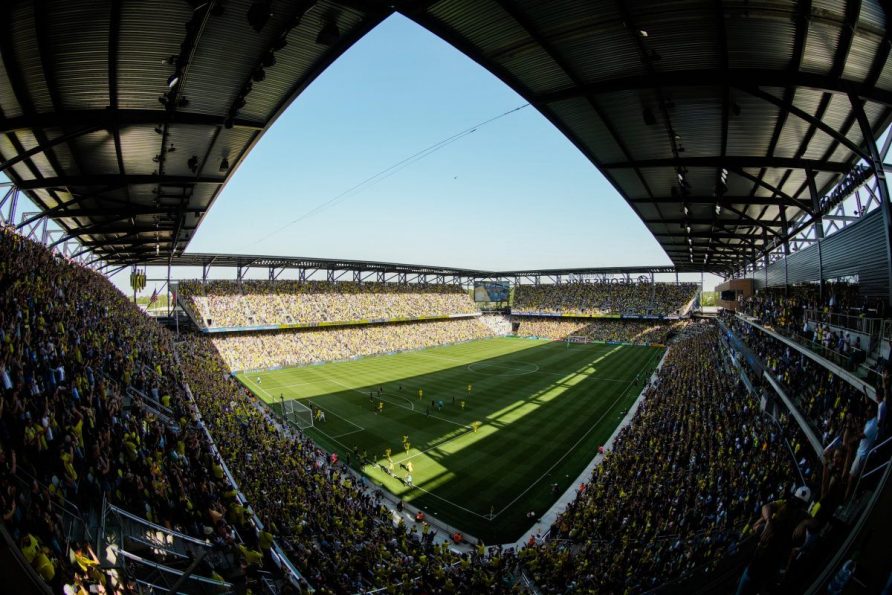 30,109 people turned out for Nashville SC’s first home match at the brand new GEODIS Park on Sunday evening. All tickets made available were sold for the grand opening of the biggest US soccer stadium.

Union’s Mikael Uhre opened the scoring after 66 minutes, with Randall Leal netting Nashville’s first at their new ground from the penalty spot five minutes from time.

Which are now the 10 largest soccer stadiums in US and Canada:

Anibal Godoy, Nashville’s midfielder, nicknamed the new $335 million stadium “The Castle”, while local website tennessean.com called it “the soccer Cathedral of the South”.

Building the stadium was not easy, as various barriers needed to be destroyed before construction started in 2020, three years after it was supposed to. The players, the fans, and club officials agree the wait was worth it.

“Our stadium is quite authentic,” said chief executive Ian Ayre. “It’s not as shiny and glitzy of a design as some, but it was designed to fit into this neighborhood. But it also, internally – I think it feels very traditional. It’s got four ends. It’s not a bowl it’s not a circle or what have you. Not like a racetrack-type shape,” he explained.

Nashville inaugurated its new ground against the team that knocked it out of the 2021 MLS Cup Playoffs, the Union. Philadelphia is also leading the Eastern Conference with 18 points and a 5-3-2 record.

Nashville added one point to its season total and is now ninth in the West, with a 3-3-3 record and 12 points won.