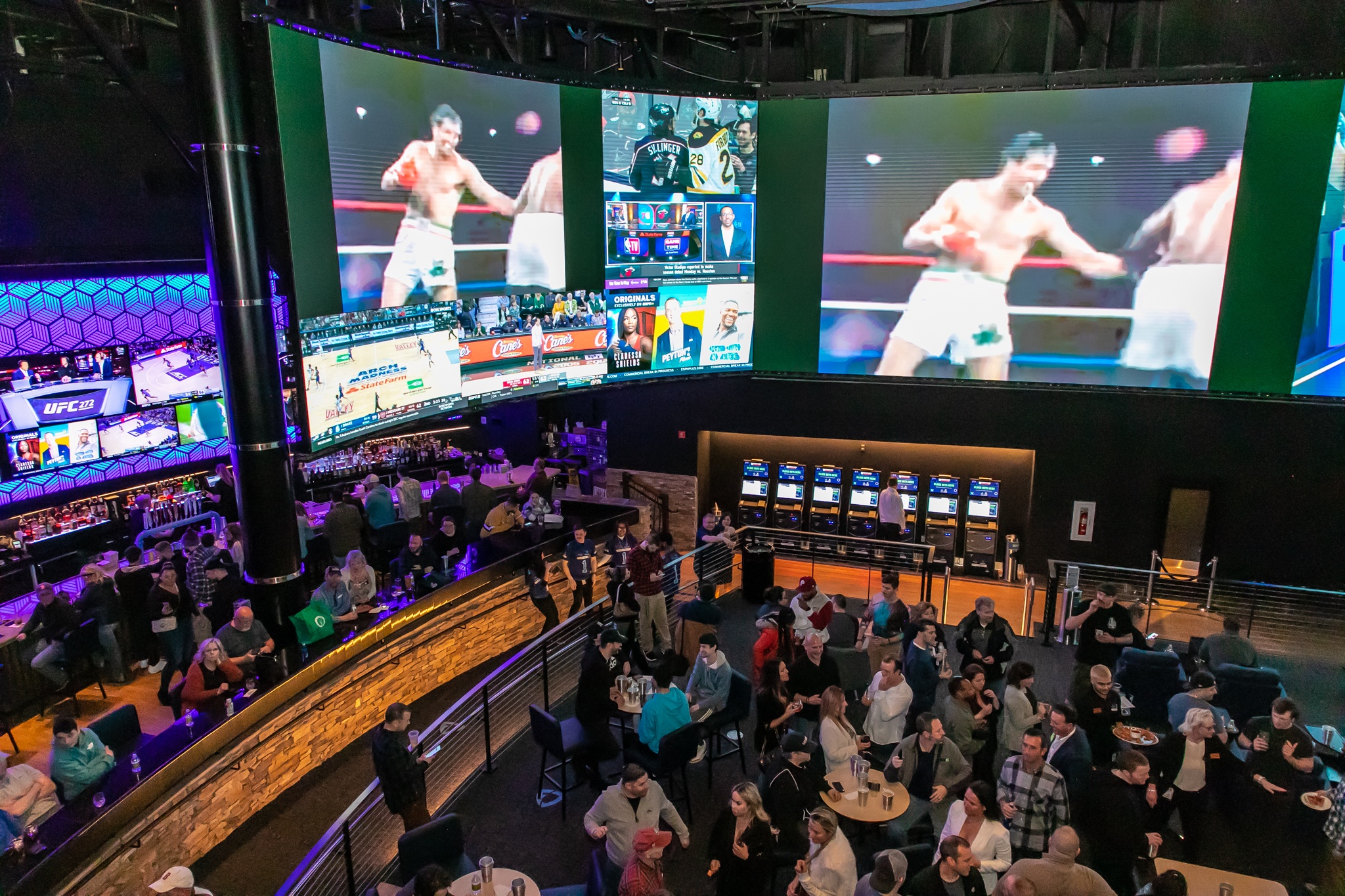 The celebration began with a parade from the hotel lobby to the sportsbook, and culminated with appearances from a variety of sports legends and celebrities.

After years of wrangling between the Connecticut government, tribal officials, and the state lottery, the state launch its legalized sports betting market in late September, with online wagering following the next month. While both Mohegan Sun and Foxwoods – partnered with FanDuel and DraftKings, respectively – were part of the new market, both casinos had to launch with makeshift retail sports betting areas.

Now, sports betting has a permanent home at Mohegan Sun. The new sportsbook features a massive 140-foot video wall, along with 220 seats and 39 self-serve betting kiosks. A VIP area sits upstairs of the main betting floor on a mezzanine level.

Connecticut sports betting has proven lucrative in the early going. The state reported a total of $158.1 million in handle in January from Connecticut’s three online sportsbooks, as well as the PlaySugarHouse retail locations, which are partnered with the state lottery. FanDuel reported $62 million of that number, good for 41.5 percent of the online market in the state.

That figure doesn’t include retail wagering at the Mohegan Sun sportsbook. While not providing any official numbers, Ryan Marchese, Sportsbook Regional Manager for FanDuel’s Northeast operations, says that the company has seen strong in-person handle since launching in the state.

“It’s been amazing,” Marchese told OnlineGambling.com. “Every day, more and more markets are available, more and more bets are coming through. People are seeing this retail space that we have here and how beautiful it is. Every day it’s growing, and it’s tremendous.”

Connecticut was not among the states that published specific data for Super Bowl betting. However, Marchese said that FanDuel saw strong interest after some initial worries.

“There was a little concern about how many props would be available for the Super Bowl, but we were able to make that work and have a tremendous offering here,” Marchese said.

The Northeastern United States has experienced quick growth when it comes to casino gambling over the past two decades, with Pennsylvania, New York, and Massachusetts all allowing full-scale gaming facilities to rival those in Atlantic City and Connecticut.

There have been concerns over market saturation for these casinos as they compete for gamblers’ dollars in the region. Retail sportsbooks are now present in New York, Rhode Island, New Hampshire, Pennsylvania, and New Jersey. Additionally, facilities at Mohegan Sun and Foxwoods must compete against the state own retail sportsbooks, with Connecticut Lottery allowed to open as many as 15 locations. FanDuel plans to launch its Washington DC sportsbook soon, and facilities in Maryland and Ohio could follow in the near future.

“It’s the same as markets for the NFL,” Marchese said. “There are fanbases everywhere, people who love sports everywhere, and we’re excited to have them here.”