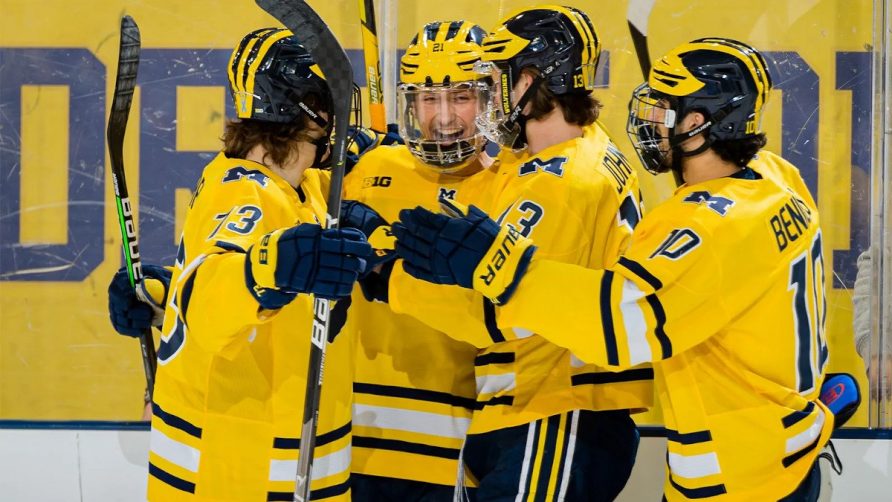 Michigan dominated for two periods, then held on in the face of a fierce Quinnipiac comeback to book its place in the Frozen Four next month. 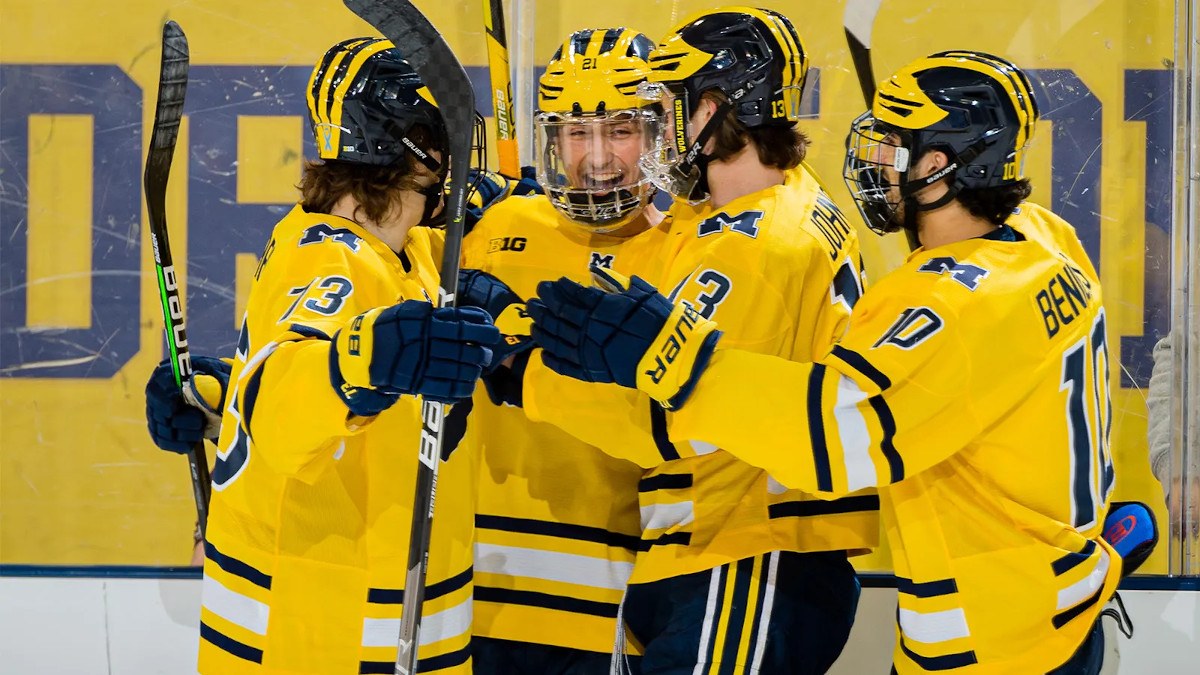 Michigan booked its spot in the Frozen Four this weekend, and is now the favorite to win the NCAA Men’s Hockey Championship. (Image: Michigan Photography)

The Wolverines will join Denver, Minnesota, and Minnesota State in the battle for the NCAA national hockey championship beginning on April 7 in Boston.

Michigan led 4-0 after two periods, a Frozen Four bid seemingly in its grasp. But the Bobcats scored three consecutive goals before the Wolverines finally pulled away again, eventually winning 7-4.

“The main thing is that we’re on to Boston,” Michigan head coach Mel Pearson told reporters. “I did not like our third period. But give [Quinnipiac] a lot of credit. They had us on the ropes. But we hung on, we regrouped, and that’s all that matters.”

The Wolverines now move into the national semifinals, where they will play the Denver Pioneers. Denver defeated Minnesota Duluth 2-1 in the West Region final to book its place in the Frozen Four. The two NCHC rivals played against each other for the second time in just over a week. During the NCHC Playoffs, the Bulldogs eliminated the Pioneers. But Denver was able to turn the tables in the regional final.

“It was a heck of a battle tonight,” Denver coach David Carle told reporters. “I thought it was a heavyweight bout, and we’re obviously very proud of the effort of our guys to come out on the positive end of it.”

Michigan opened as a -152 favorite over Denver (+128) in their Frozen Four matchup, according to FanDuel Sportsbook.

The other Frozen Four semifinal is a battle of Minnesota teams. The Minnesota Golden Gophers knocked out Western Michigan 2-0 in the Worcester Regional Final to book their tickets to Boston. The Broncos played in their first regional final ever, and came in as the top-seed in their region. But that wasn’t enough to overcome Minnesota, which used an early goal by Matthew Knies to earn a decisive advantage the Gophers held throughout the game.

The Gophers will take on Minnesota State in the semifinals. The Mavericks won their 17th straight game on Saturday by beating Notre Dame 1-0 in a tightly played regional final. Nick Smith, who played for Team USA at the 2022 Winter Olympics, scored the only goal with seconds left in the first period to put the only number on the scoreboard in the game.

“We knew it was going to be an absolute battle,” Minnesota State Mike Hastings told reporters. “And it was.”

Minnesota State opens as a -136 favorite over in-state rival Minnesota (+116) in their Frozen Four semifinal.

Michigan (+150) is the overall favorite to win the NCAA Men’s Hockey Championship. The other three teams are evenly matched, with Minnesota State (+300) seen as a slightly more likely champion than either Minnesota (+350) or Denver (+350).