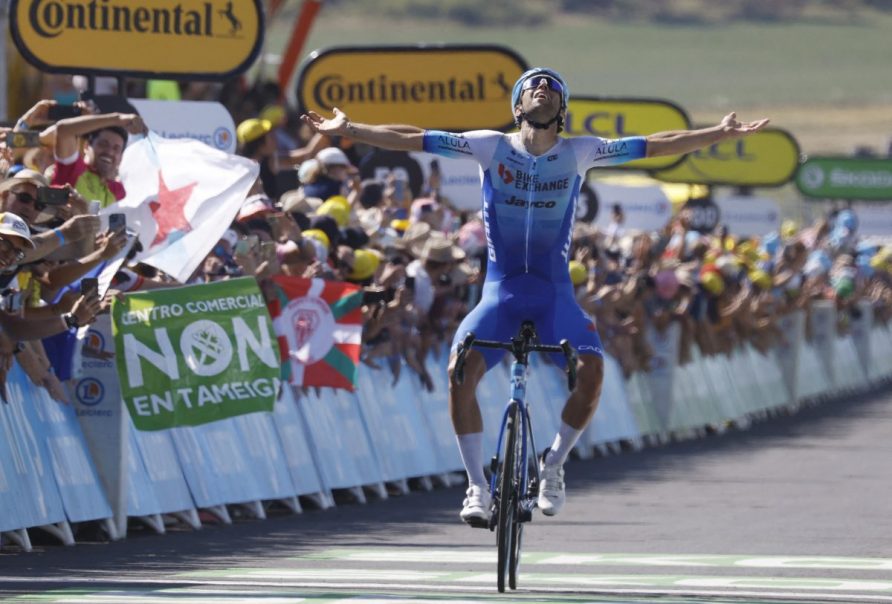 Australia’s Michael Matthews from BikeExchange-Jayco broke away from the breakaway group and then powered up a steep climb to cap off a solo victory in Stage 14 at Mende of the 2022 Tour de France. 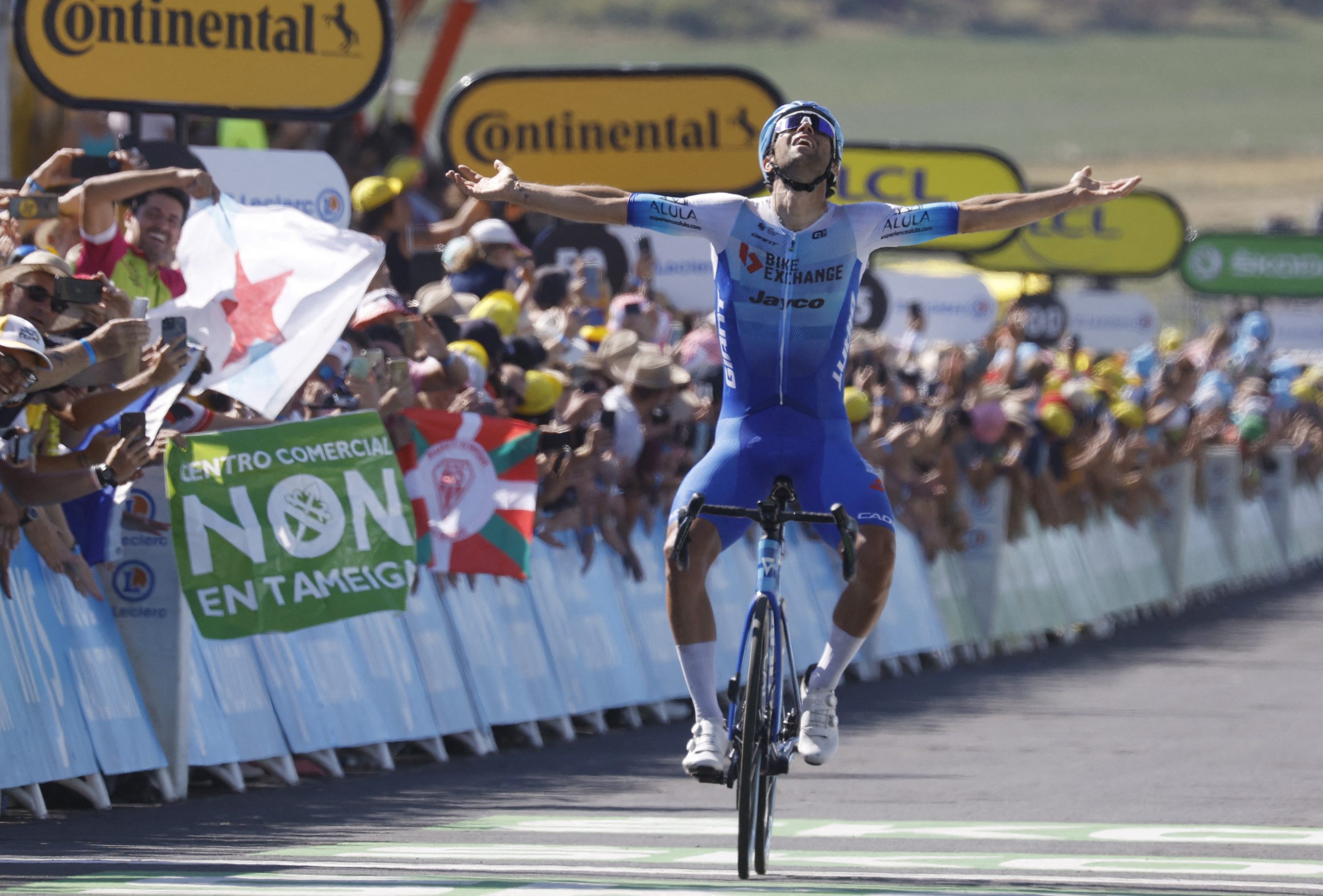 Matthews dusted Alberto Bettiol (EF Education-EasyPost) and Thibaut Pinot (Groupama-FDJ) on the final ascent and denied stage wins for either rider, while securing his first stage victory in five years.

Matthews locked up a second stage win for BikeExchange-Jayco on Le Tour this year, which was clutch because the team was facing relegation. Teammate Dylan Groenewegen won a sprint in the first week during the start of the Tour de France in Denmark.

There was no chance in the overall GC standings. Jonas Vingegaard (Jumbo-Visma) once again successfully defended the yellow jersey. Tadej Pogacar (UAE Team Emirates) has yet to trim the deficit since he lost the yellow jersey earlier in the week in Stage 11.

It was another transition stage, but Stage 14 was a hilly and technical route of 193 km from Saint-Etienne to Mende. There were five categorized climbs including a difficult summit finish at the Cote de la Croix Neuve Montee Jalabert.

Matthews was a part of a 22-rider breakaway that put a 10-mnute gap on the peloton. With 50 km, Matthews attacked and broke away from the breakaway group. He said the move was inspired by a chat with his wife last night.

“The final climb was the longest 2 km of this Tour de France,” said Matthews. “The fans were screaming so loud that I actually couldn’t feel my legs. The emotions, being first in the Tour de France, on a climb, I knew I couldn’t give up.”

Matthews last won a stage back in 2017, but he’s skills as a sprinter had began to decline. Yet he credits his family for sticking with him even during the darkest times.

The final 200-plus km stage of Le Tour is slated for Sunday with Stage 15 which is a flat, yet windy 202.5 km ride from Rodez to Carcassonne. It’s also one just two remaining stages that could be won by the sprinters. Expect Fabio Jakobsen (Quick-Step Alpha Vinyl) and Jasper Philipsen (Alpecin-Deceuninck) to compete with Wout van Aert (Jimbo-Visma) for the stage win. Groenewegen will also seek out his second stage victory and consecutive stage wins for Team BikeExchange-Jayco.

Vingegaard continues to be the betting favorite to win the 2022 Tour de France at -360 odds, while Pogacar is +300 odds to pull off the comeback in the Pyrenees. It’s one more transition stage on Sunday before it’s a return to the mountains next week, but time is running out for Pogacar to make his move. He was unable to put a det into his deficit.

There was not any overall changes in the rest of the GC standings, but Geraint Thomas (Ineos) in third place lost 17 seconds on Pogacar and Vingegaard in Stage 15. Romain Bardet (DSM) is now over three minutes off the lead in fourth place.