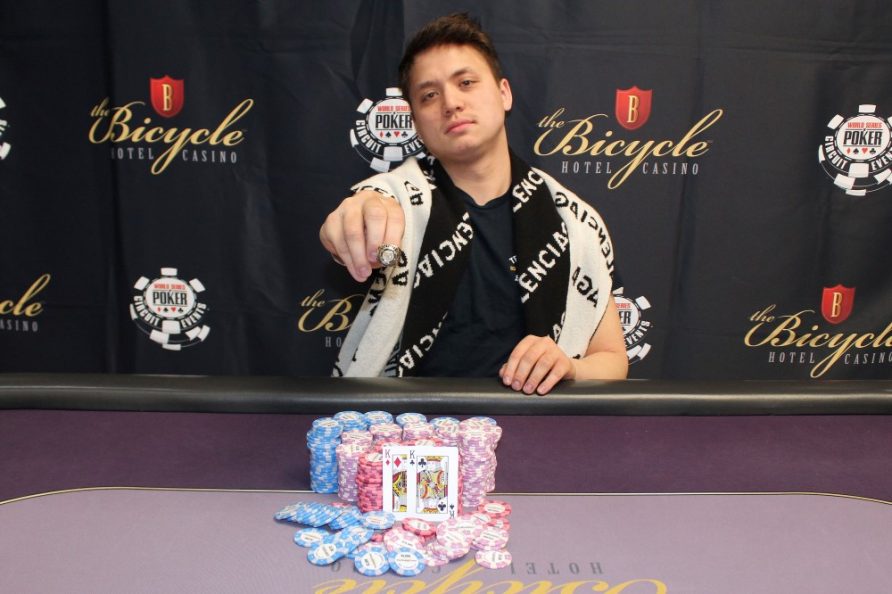 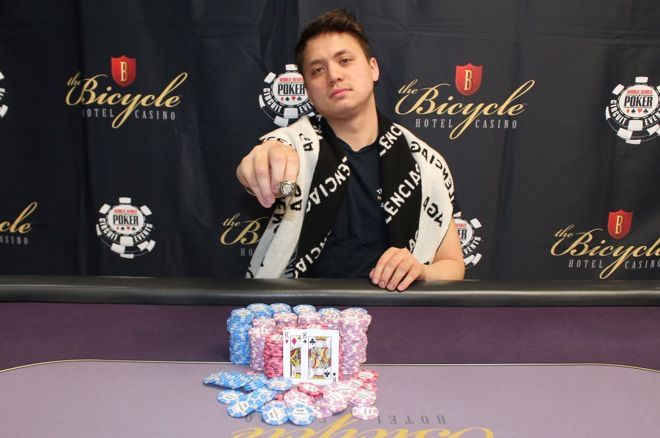 The latest World Series of Poker (WSOP) Circuit stop at The Bicycle Casino in Los Angeles has wrapped up last weekend after 13 events that awarded coveted gold rings.

The 13 events, which ranged from a No-Limit Hold’em Monster Stack to an Omaha Hi-Lo 8 or Better tournament, attracted hundreds of players to generate $2.2 million in prize money.

The WSOPC stop at the Bike culminated with the $1,700 Main Event, which alone saw 550 entrants and generated an impressive $833,250 prize pool.

The lion’s share of that went to California’s Michael Jozoff, who took down the event to earn his first ring and a career-best $161,500.

Jozoff, a 22-year-old who now has $198,415 in tournament earnings, according to The Hendon Mob, defeated seasoned player Eugene Tito during heads-up play. Tito has accumulated $1.1 million in live earnings and earned one of his biggest cashes of $99,840 for his second-place finish. 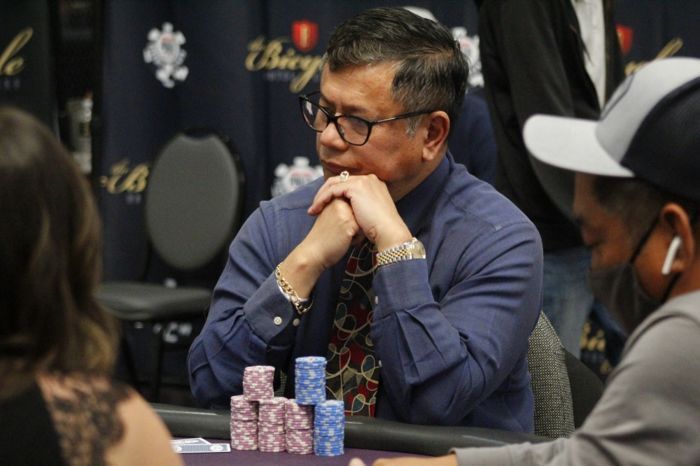 Jozoff had quite a bit of run-good during the Main Event. On Day 2, he picked up pocket kings to crack the pocket aces of Maria Ho to send the Women in Poker Hall of Famer out in 48th place for $2,960. It turned out to be a recurring storyline for the 22-year-old.

“I actually cracked aces three times in this tournament,” Jozoff told WSOP after his victory. “In a 550-player field, typically you got to do that. Two of them were all-in pre.”

What’s next for the young tournament grinder? He told WSOP he wants to “try and get out to Vegas” and take his shot at some bigger buy-ins.

“I want to get into the PokerGOs and play the High Rollers,” he said. “And then when I’m not doing that, just play some cash and hang out and do some business stuff on the side.”

Yau is on the heater of all heaters that has seen him earn three Circuit rings since December. And a few months before winning his first ring, he took down the Mid-States Poker Tour (MSPT) $1,110 Main Event for $230,379. 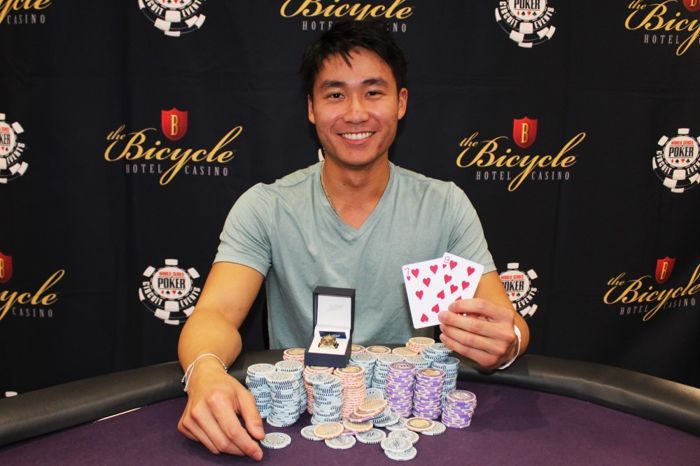 Another highlight of the series was all-time WSOP cashes leader Roland Israelashvili increasing his lead by adding four more cashes to his already impeccable poker resume.

Israelashvili, who currently has 329 cashes under his belt, far in front of his closest competitors, Arkadiy Tsinis (234 cashes) and Ari Engel (212 cashes), finished fifth in Event #6: $1,100 No-Limit Hold’em for $8,750 for his best finish of the series.

Another player who made a few deep runs was Elvis Toomas, who you may remember as the guy who lost a prop bet to girlfriend Christina Gollins that compelled him to move all-in dark on the first hand of the 2022 Wynn Millions Main Event. That happened just a few weeks ago and it saw Toomas dusting a $10,000 buy-in when his jack-eight ran into pocket kings.

A full list of ring winners at WSOPC Bicycle Casino is available in the table below. Next up on the WSOP schedule is a stop at Casino Barriere Le Croisette in France, which will take place from March 14-26.